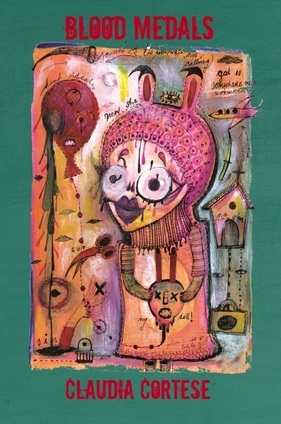 Can you recall a face you cannot name? A time when you experienced that terrible mixture of comfort and uncertainty, the unique frustration of meeting a person you only half-remember? This familiar unsettling is the essential experience of Claudia Cortese’s Blood Medals.

This beautiful chapbook, released in spring by Thrush Press, is a 33-page series of poems, which, at first glance, follows the life of a girl named Lucy. As you begin the book, the question of who Lucy is rests at the heart of the poetry. On one level, her world is immediately accessible to anyone familiar with Midwestern suburbia. The almost-forests, the playgrounds, the parks, all of it rings true of a suburban childhood, and in this we see one of Cortese’s great strengths: impossible nostalgia. She finds the hidden rot of domestic spaces, little pockets of solitude we’ve all witnessed but never named. In the poem What Lucy’s World Looks Like, she explains which part of this suburban landscape belongs to Lucy: “Not the red swings behind it,/ but maple leaves on the slide/ rotting under snow.” Sprinkled with brilliant strokes of kitsch and poignant characterizations of girlhood, the language gives us a sense that we have a good grasp of who Lucy is throughout the first third of the book. We soon learn Lucy isn’t so simple.

With the poem “Lucy Plays,” Cortese reminds us that even at their most kitschy, these poems don’t come easy. The middle of the poem pivots with the lines, “Lucy plays with friends. Did you think I’d say alone and with weapon, the kind kids fashion — sewing needle taped to safety pin glued to tooth pick pricking Milo tail or sister lobe. What was your favorite place. Where did your shame begin. Perhaps Lucy’s the beloved blonde.” The clues were there all along. It is tempting throughout the first third of the book to see Lucy’s life as singular, especially as it touches so many familiar points of suburban girlhood: anxieties about molesters, belly fat, popular girls, parental shame, etc. However, the narrative is so fundamentally fractured, so scattershot in its scenes, that Lucy could never be a single child. She was always a body to hold all the stories of this darker girlhood.

Cortese is explicit about this dynamic and about our role as readers. The third-person descriptions of Lucy’s lives seem to assert a certain distance, to invite us into the role of a voyeur. This too is unacceptably simple for Cortese. She demands your participation, as well as your distance. In one more extreme example of this, a poem becomes a Mad Lib in which the reader is given very specific instructions for filling in the blanks, such as “I remember watching __________ (suburban nature image:     Note, the pastoral. Note, white flight. Note, mother stands in lamp-glow you see her at the window. Note, dog blood darkens)” This authority remains one of Cortese’s primary strengths throughout Blood Medals.

Trauma, girlhood, and a gendered sort of victimization are all fundamental and connected concepts in Blood Medals. Lucy’s world is full of anxiety, in ways that blur childishness with haunting reality, such as “Lucy waves hello to no one, counts how long the light stays green. Reaching 20 seconds means her mother dies in a plane crash.” Despite this focus, Cortese never teeters towards romanticizing the submissive. Lucy might be anxious about her mother’s death, about her belly fat, or about catching herpes from a gas station toilet, but this anxiety is more likely to result in Lucy stabbing you than crying on your shoulder. There is neglect, there is pain, and you are allowed to partake, but you can never forget whose story this is.

Among the spectacular image, the haunting lyricism, and the deft use of form, what stands out in this collection is Cortese’s vision. The slippery relationship between Lucy, the world, and the reader is carefully built but never at the expense of the language. Along the same lines, Lucy is a complicated mess of differing stories, and yet Cortese is able to distill her essence into a single impulse, a single sensation, when she says Lucy “demands Santa stitch her a skin of bees, that her screams be not sound but solid, a stinger that stings and stings.”

These poems are a call for empathy, a call for interaction and reflection, but they are certainly not a call for help. You are invited to share Lucy’s world, but you will be reminded, sometimes painfully, that this is her world.

Lucy tells the boy to suck

till her arm pockmarks, that if he stops she’ll expose what happens at playground’s edge. Back home, Lucy decks the tree in Barbie heads, watches snow cut the landscape, all those little white knives. She leaves a hill of Jujubes where her mother’s ant traps should be. Lucy loves the carmine glory of her arm, the blood medals of a champion! She calls Milo to her, bites his fur till the roots let go. His yelps shine like sequins, the way snow is sequins, and her arms. Lucy demands Santa stitch her a skin of bees, that her screams be not sound but solid: a stinger that stings and stings.

*Poem was originally published, in a different version, in the Spring 2013 edition of Rhino Poetry.

Entertainment, Literature Don’t Forget Whose Girl This Is
« Previous Story 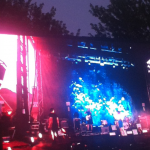 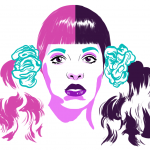