This spring, Anne Calcagno’s Travel Writing class at the School of the Art Institute of Chicago collectively explored one of Chicago’s lesser tourist-ed neighborhoods: Bronzeville. Once home to such luminaries as Gwendolyn Brooks, Richard Wright, Louis Armstrong, and Ida B. Wells, today it boasts the oldest continuous African-American cultural arts center and some of the finest Afrocentric eateries in town. These writers attempted to discover a neighborhood poised to reclaim its past.

Inside Pearl’s Place, you get a sense of familiarity, family, and culture. With photographs of African-American jazz legends covering the walls, you’re reminded of Bronzeville’s complex and powerful history. The restaurant’s owner, Darryl Green, lives by the concept of  “specializing in service,” assuring that Pearl’s Place is not “your typical soul-food restaurant.” As your nose is seduced by the smells of homemade biscuits, Texas-sized French toast, and salmon croquettes fried to perfection, any thoughts about the long line disappear. This isn’t just a restaurant experience, this is a culture shock at its best. 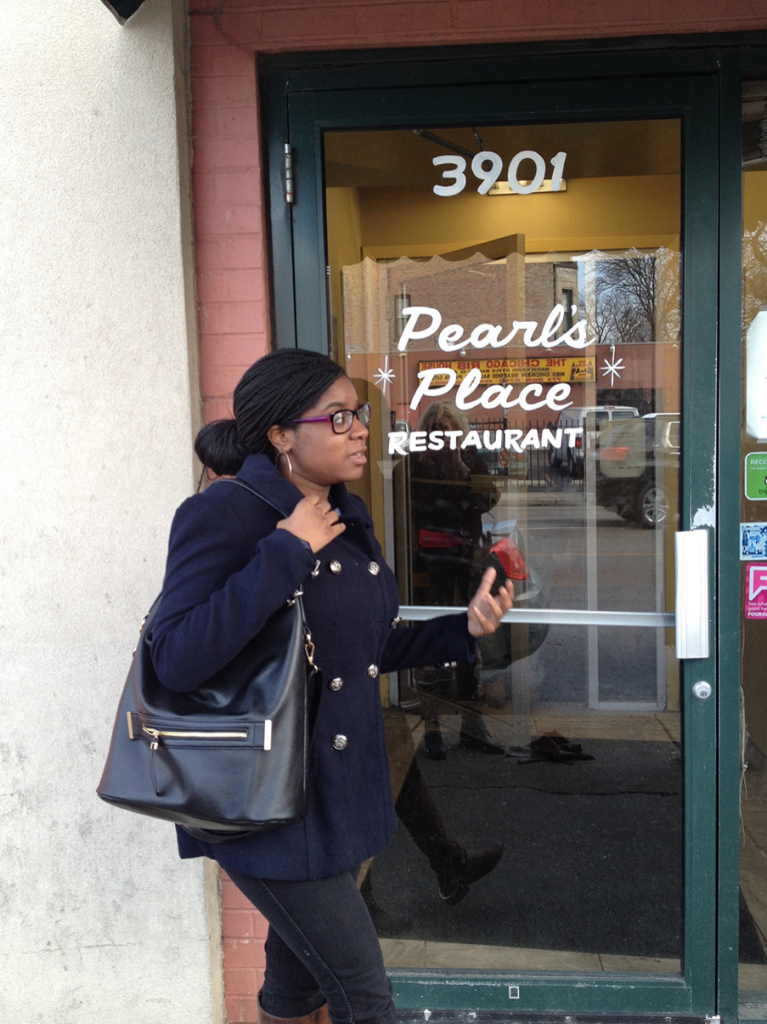 History, revitalization, and neighborhood come together in the unlikely form of moist, steaming fried chicken and buttery waffles slathered in maple syrup at Chicago’s Home of Chicken and Waffles. Bustling with customers relishing Southern specialties from catfish to grits, the vibe rings true to the building’s former life as the Ritz Hotel, where Dinah Washington performed and where guests included Fats Waller and Duke Ellington. With the mayor a frequent patron, Mrs. Emanual championing the area’s renewal, and the nearby Mariano’s grocery store carrying the restaurant’s branded syrup, expect its warm “Welcome to our Home” greeting to continue well into the future.

Southside Community Arts Center, 3831 South Michigan Avenue
Walking across the sturdy, dark-stained floors of the South Side Community Art Center (SSCAC), you are not only immediately confronted with a creative space in its rebirth but also an indelible 75-year history.  Immerse yourself in the discourse of African-American art.  Three main gallery spaces exhibit works of such artists as Margaret Burroughs, Jonathan Green, and the famed SAIC graduate Eldzier Cortor amongst many others.  SSCAC is a place “where people come to reaffirm their kinky hair and dark complexion through art,” says Executive Director Masequa Myers.  Diverse enough to please any traveler, this layered collection will fulfill your culture quest while exposing the world of community art and the culture that surrounds the last of the 100 black community centers in America.

German architect Ludwig Mies van der Rohe is famous, in part, for the buildings he designed in downtown Chicago. But the modernist master also designed much of the Illinois Institute of Technology campus, where he directed the architecture program after fleeing Nazi-controlled Germany. IIT boasts Mies’ American masterpiece, the steel and glass S.R. Crown Hall, a National Historic Landmark he considered the best example of his “less is more” philosophy. Visitors can check out an iPod containing a self-guided audio tour at the school’s campus center. Don’t miss newer buildings by contemporary heavyweights like Rem Koolhaas and Helmut Jahn. IIT is not only training a new generation of technophiles, its minimalist ethos ensures Chicago’s status as an architecture mecca.

While its large brick exterior might seem a little plain, its carefully decorated interior, filled with ornate rugs and art from a variety of places, makes up for it and then some. The Welcome Inn Manor is a bed and breakfast in a huge Bronzeville house built in 1893. Each room has a name and a theme. While Bronzeville is an urban neighborhood, just 15 minutes from the city’s downtown Loop, proprieters Mell and Angie manage to make guests feel at home, which is no small feat in a city as expansive as Chicago.

Two short minutes off the Green Line, a thirty-foot mural of a paint can towers over an almost century-old family business. Meyers Ace Hardware continues to be a friendly local resource for household shopping. Though its history as the former Sunset Café is mostly disguised, it’s now a franchise struggling to beat the competition. David Meyers, the current owner, ponders over new virtual rivalry. “At first we had to compete with corporations like Home Depot, but now there’s also Amazon where everything is online. … It’s tough but worth it. I want to keep my grandpa’s business alive.”

A taste of Senegal minus the 13-hour flight, Yassa African Restaurant attracts adventurous eaters and plays home to people of West African decent. Walk in and prepare to be greeted by five-foot-tall African sculptures and the aroma of grilled onions and mustard. Customer favorites are the Yassa fish fried crisp and topped with a generous layer of onions; Maffe, lamb slow cooked in creamy peanut and tomato sauce; and Bissap, a rich deep-red Hibiscus flower drink. The owners, Madieye and Awa Gueye, built this foodie heaven 11 years ago when they left their Wolof tribe in Senegal. A Wolof saying, “Waaw, waaw! Delege Wai,” meaning “Yes, yes! It’s the truth,” is the essence of Senegalese food: honest flavors and substantial portions. A visit to the restaurant transforms any newcomers into curious travelers on a journey to explore Senegal.

On Sunday, Corpus Christi Church’s entryway is filled with laughing children and well-dressed parents, everyone fanning themselves with bulletins despite the chill indoors. A woman named Doris, who held onto her grandson’s arm for support, invited me to sit with her family. The sanctuary echoed with the reverend’s voice, people shifting in their seats, and parishioners’ deep responses. Light filtered through the Munich-style Zetter stained glass of the church’s windows, which intricately depict various biblical scenes. “Do you know the story about Jesus multiplying the fish and the loaves for the people,” Doris asks. “Yes,” I whispered back, looking up at the windows that tell the story. “That’s what Corpus Christi, the body of Christ, is about,” she says. “You have to feed the people because they’re the body. That’s what we do here. We feed people spiritually.”

Ask Lady Dee of Lady Dee and Sons Fine Used Furniture how she got into the business and she’ll smile coyly saying, “By accident. But it’s been good to me.” What began forty years ago as an effort to preserve remnants of doomed Bronzeville brownstones, Lady Dee and Sons is now a neighborhood institution. Today, Dee’s inventory expands beyond architectural salvage; the place is stuffed with an unabashed (and affordable) assortment of furniture and finds. What’s the secret behind such a vast and motley collection? “The vintage stuff,” Dee says. “It just calls to me.”

In the heart of the historic Bronzeville neighborhood on Chicago’s South Side, Gallery Guichard holds one of the most notable contemporary art collections in the city. Focusing on the art of the African Diaspora, Andre Guichard and his wife Frances handpick artists from around the world, making history as they go. Creating opportunities for local and international artists is not the only thing the Guichards have in mind. In an effort to bring back the glory days of the neighborhood’s storied past, the gallery (also part of the federal Neighborhood Stabilization Program) plays an important role in the revitalization of the community’s culture and contemporary art scene. “We are making our own history,” says Andre Guichard, a working artist himself. “We need to tell our own stories. My vision is to continue to make this happen.”

Not many of us have had the privilege of hearing music during Jazz’s golden era in dimly lit nightclubs. For those craving a bathtub gin shot or a Dizzy Gillespie solo there’s The Sunset Cafe. Though a hardware store now, this official Chicago Landmark served as the launch pad for some of history’s greatest improvisational talents. With musical regulars like Louis Armstrong, Benny Goodman, and Earl Hines, fame was hardly a stretch for this Southside pseudo-speakeasy. Current owner Dave Meyers has nothing but admiration and enthusiasm for its rich history. “We may be a tool store, but for those who know where to look there’s a treasure trove in this place,” he guffawed. Take up his offer to appreciate this monument for the true music to Chicago’s ears that it is. 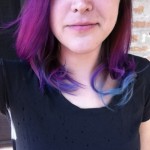 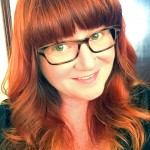