Grassroots activists gathered for a Moral Monday rally on June 29 and eight were reported to have been arrested for civil disobedience during the protest. The rally protested Illinois Governor Bruce Rauner’s threatened cuts to social services that will affect funding for charities, homeless shelters, and those whose lives depend on government aid. The protesters called for Rauner to tax his “wealthy friends” instead of cutting the budgets.

The march started at the Thompson Center next to Dubuffet’s Monument with Standing Beast at 4 p.m. Police officers stood by volunteers who were helping to ensure the safety of protesters and bystanders. The destination of the march was not revealed until the very end: Eight people leading the march guided the protesters to 131 South Dearborn Street, the headquarters of Citadel LLC, whose billionaire CEO Ken Griffin gave Rauner’s campaign more than $3 million. After the first eight protesters got into the lobby of the building, police officers blocked the entrance.
The protesters in the lobby were aware that they would be arrested, and before the police intervened, one of the march organizers had tipped F Newsmagazine’s photographer to “not miss the shot [when] these [protestors] get arrested.” According to ONE Northside’s Facebook feeds, the eight people that they referred to as the “Griffin8” were released the same evening. 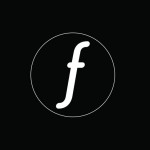