South Carolina is still one of the only states in the United States of America that does not have a hate crime law, which makes a lot of sense when examining the violence, history, and disrespect for Black Americans’ lives that has taken place in that state with little punishment for its perpetrators.

In April of 2000, Serena Williams withdrew from competing in the Family Circle Cup on Hilton Head Island in South Carolina. She was supporting an NAACP protest of the Confederate Flag flying over the Statehouse in Columbia, South Carolina which houses the state’s government.

On April 4, 2015, an unarmed black man named Walter Scott was shot in the back repeatedly in North Charleston, South Carolina as he ran defenseless from a police officer who had pulled Scott over for a broken brake light.

On June 17, 2015 a 21-year-old white man named Dylann Roof walked into a historic black church in Charleston, the Emanuel African Methodist Episcopal Church (AME), and shot nine Black Americans. He left the scene in his car, which had a Confederate flag license plate, leaving three survivors who reported that Roof said, “You rape our women and are taking over our country, and you have to go.”

The AME was founded in 1816 by a coalition of freed black slaves. The church faced various trials, as there were laws that prohibited slaves and freed slaves alike from gathering without white supervision. Years later, white men from the state of South Carolina burned the church to the ground and arrested 313 slaves, 35 of whom were executed.

South Carolina residents have, over the years, continued to carry out attacks on Black Americans, concerned that they were encroaching on “white” territory. South Carolina is still one of the only states in the United States of America that does not have a hate crime law, which makes a lot of sense when examining the violence, history, and disrespect for Black Americans’ lives that has taken place in that state with little punishment for its perpetrators.

So how, in a state rife with true hates crimes against Black Americans, can the South Carolina government permit public buildings to fly the Confederate flag? Defenders of the flag make the claim that it represents  “heritage not hate,” as The Atlantic states. To what heritage are they referring? The heritage of Confederate soldiers who fought to preserve the right to enslave Africans? Of the enslavement of human beings? Of killing slaves at will? These fragile white supremacists encourage the kind of behavior that Roof carried out at the AME, and that’s exactly what they’re fighting for, to keep a group of people subservient to them.

Even in Charleston, on its main street, the Daughters of the Confederacy have a Confederate Museum where they fly that hateful flag proudly. Not ten blocks away is an old slave market, which was preserved and made into a museum for African art and history. At various gift shops in Charleston and around that market, a tourist can find a porcelain relic of a black baby eating watermelon and can buy a small Confederate flag refrigerator magnet.

A common practice to honor a death is to lower flags to salute those who have passed. All of the American flags in South Carolina are flying at half-mast today, but the Confederate flags, which under state law are never to be lowered, remain flying at full height. This is the same symbol Roof so proudly displayed when he walked into a place of worship, shot nine people including a State Senator, Clementa Pickney, and left the building believing that he was defending his heritage. Even in the death of a State Senator, South Carolina still refuses to lower this symbol of death, destruction, and historical racism.

The initial starting place of the Civil War seems to love its roots and to have no interest in abandoning its historical morals. Rather, it’s interested in preserving them. South Carolina is home to 19 hate groups including two Ku Klux Klan groups and multiple white nationalist organizations, which look to that flag as a legitimate representation of their heritage. Some of the state’s residents who fall in line with these groups, also fall in line with the ideas of right wing conservatives like Fox News’ Steve Doocy, will likely suggest that this Roof’s attack is less about race than about religion.

It’s time we, as a nation, call for a higher standard of people than those who choose to fly the Confederate flag as a symbol of their heritage, to remove the Confederate flag from the Statehouse, the post at the Daughters of the Confederacy, and from license plates and to end the ridicule of a people who for so long have fought for something that never should have been taken from them in the first place. Of course, the deep barrel of racism in the greater United States is not as simple as stripping South Carolina of its right to wave that flag, but taking away that symbol is a start.

News A Flag of Fragility and Hate
« Previous Story 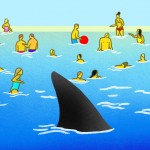 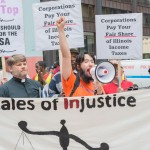