Former New York City Mayor Michael Bloomberg has come under fire in response to his suggestion that young minority men should not be allowed to possess firearms in New York City.

During a speech Bloomberg gave at the Aspen Institute on February 5, mod– erator Jennifer Bradley asked him what the government could do for kids “who have been failed.” Despite indicating that access to education remains a problem, Bloomberg chose to focus on minority  gun ownership instead.

According to the Daily Caller’s audio recording of Bloomberg’s comments, he said, “You can just take the description, Xerox it, and pass it out to all of the cops. They are male, minorities, 15 to 25. That’s true in New York, it’s true in virtually every city in America.”

Bloomberg, a major funder of the gun–control advocacy group Everytown for Gun Safety, suggested legislation to keep guns out of the hands of young minority men — but not their white coun– terparts.

“One of the unintended consequences is people say, ‘Oh my God, you are arresting kids for marijuana. They’re all minorities,’” Bloomberg said. “Yes, that’s true. Why? Because we put all the cops in the minority neighborhoods. Yes, that’s true. Why do you do it? Because that’s where all the crime is.”

The bipartisan reaction included former Secretary of State for New York Randy A. Daniels, a Republican who  worked in Albany during George Pataki’s term as governor of New York. He said, “Those statements are discriminatory and unconstitutional. You can’t restrict guns, or anything really, on the basis of race. It also doesn’t really address the problem.” This was not the first time Bloomberg’s stances have been called unconstitutional.

In Bloomberg’s 12 years as mayor of the most unequal city in the U.S. by income, he was a zealous advocate for the New York Police Department’s (NYPD) stop–and-frisk program.

Daniels is not the only New York politician to respond, however. “I expect nothing less from a mayor whose stop-and-frisk policy is now the subject of a federal monitor,” said a senior official of the New York State government who wished to remain nameless. “The statistics are staggering. Sadly, he believes the ends justify the means. [To him] the systemic violation of this community’s 4th amendment rights is an acceptable price to pay for crime reduction. A price no other community is required to pay or tolerate.”

Following a more than two–month non–jury trial, Federal Judge Shira Scheindlin deemed the practice a sys– tematically racist and unconstitutional policing strategy in August of 2014, adding that the plaintiffs who had instigated the case “readily established that the NYPD implements its policies regarding stop- and-frisk in a manner that intentionally discriminates based on race. (Chicago police use their stop–and-frisk program more than four times as often, according to a recent American Civil Liberties Union report.)”

Daniels acknowledged Bloomberg’s motive behind the censorship. He said, “It’s understandable that people would have second thoughts about a position that is so clearly illegal.”

Bloomberg, saying, “He makes claims that are factually incorrect and assumptions that have no correlation with reality and provides no rational legal basis for the dis– criminatory policy that he believes should be implemented upon a protected class of ‘citizens of color’”. 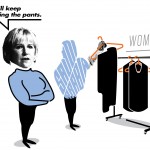 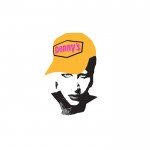