US Military in Cuba, Defense Against Pence, SAIC’s Sexual Assault Policy, and More

Allegations of US Military Misconduct in Colombia

According to an 800-page independent report conducted by researchers at the Pedagogic University in Bogota, US military officers and contractors sexually abused at least 54 children in Colombia between 2003 and 2007. The report was released to help understand a 50-year conflict between the government and leftist rebel groups like Revolutionary Armed Forces of Colombia (FARC), which resulted in the loss of nearly 7 million lives. The report also states that the abuses were often filmed and then sold as pornographic material. Notably, US Sergeant Michael J. Coen and defense contractor Cesar Ruiz drugged and raped a 12-year old girl in 2007. Colombian media reported that before Colombian prosecutors were able to charge the two, they fled the country. The case has since been closed.

On March 26, 2015, Governor Mike Pence of Indiana signed a law that gave businesses the right to discriminate against LGBTQ couples. One day before he signed the legislation into action, a Presbyterian denomination called the Disciples of Christ asked Governor Pence to veto the bill. The church group has held their national convention in the city of Indianapolis every three years since 1989. The Church is expected to cancel the convention in Indianapolis this year, withholding millions of dollars from the city’s tourism revenue. Many of the city’s convention centers are expected to suffer from similar financial fallout in the future.

The School of the Art Institute of Chicago recently updated its policy on sexual” “assault, relationship violence and stalking. The report requires faculty members and SAIC employees to report sexual harassment or assault to the Dean of Faculty, Lisa Wainwright. The policy specifies that students claims may still speak confidentially to the counselors in the Wellness Center, who, under Illinois Law, are required to retain confidentiality.

A variant cover for DC Comics’ most recent Batgirl, which was supposed to pay homage to the 1988 story “The Killing Joke,” written by Alan Moore, has been officially cancelled. In Moore’s story, the Joker attacks and sexually assaults Batgirl, leaving her in a wheelchair. The “misogynistic” cover depicts the joker standing behind Batgirl (who is crying) with a silver gun over her shoulder, drawing with blood on her face with his finger. The cover was pulled by the artist Rafael Albuquerque who, according to the Guardian, said, “It has become clear that for others, [the cover] touched a very important nerve. I respect these opinions and, despite whether the discussion is right or wrong, no opinion should be discredited.”

After Swedish Foreign Minister Margot Wallström was blocked by Saudi Arabia from speaking about democracy and women’s rights at the gathering of the Arab League in Cairo, Egypt, Sweden cancelled a major arms deal with Saudi Arabia. Last year, the deal brought Sweden 1.3 billion dollars. Following Wallström’s comment that “the explanation we have been given is that Sweden has highlighted the situation for democracy and human rights, and that is why they do not want me to speak,” Saudi Arabia pulled their ambassador from Stockholm and ceased issuing or renewing visas to Swedish citizens. Wallstrom has strained Swedish relations in the Middle East since her introduction as the Foreign Minister. This year, Sweden recognized Palestine as a state, causing Israeli Prime Minister Benjamin Netanyahu to claim that Scandinavian governments were trying to topple him. 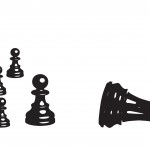 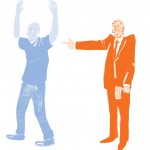