Dance of Death, a 1924 photograph taken in Tokyo by an unknown photographer has been on Kara Jefts’ (MA 2015) mind for quite some time. The image is the subject of her Art History master’s thesis, and recently she has been thinking about how to bring the photograph to life. On March 14, Jefts collaborated with Dave J. Bermingham (MDes 2016), Leonard Suryajaya (MFA 2015), and Toni Zhao (BFA 2016) to host a re-enactment of Dance of Death at Ballroom Projects in Bridgeport. As they arrived, guests snacked on tasty onigiri, gyoza and udon and then listened to Jefts situate the photograph in 1920s Tokyo. Finally, they were invited to dress up as one of the seven performers in the image and have their photograph taken.

In the original photograph, seven men from the Japanese artist group Mavo perform “in various states of undress.” One man, wearing only a pair of tights and heels, balances on a swing while holding an umbrella, his eyes closed in concentration. Beneath his bottom, a smaller man smokes a drag of a cigarette with his back up against a wall. One leans in for a kiss, waiting patiently for his partner. An arm punctures through the pair, awkwardly interrupting their intimate gesture. Another man hovers above the threesome as the seventh performer crouches next to him, against a ladder with a hammer in his hand.

Jefts chose to contextualize this image within a “post-disaster moment” in Tokyo. In 1923, an earthquake, followed by an outbreak of fires, completely devastated the city. As a result of this tragedy many Japanese officials called for moral reform, insisting that the disaster was punishment against devious behavior. But the Mavo group, who published a magazine under the same name, protested these conservative attitudes, choosing instead to subvert the norms of the time with sexually suggestive poses and radical hairstyles. The photograph appeared at the back of an issue of the magazine, which often included photographs of performances, and, at one point, even a firecracker, which resulted in censorship of one issue.

The recent re-enactment at Ballroom Projects involved several moving parts. Jefts, “began by trying to find artists at SAIC whose work connected to identity, relationships to culture and gender, and who had an interest in play as a mode of social connection.” She was familiar with Suryajaya’s work and asked him to participate as the photographer of the re-enactment.

In early conversations with Jefts, Suryajaya told her: “I don’t think we should recreate the photograph. I think what is really important is finding our own context of today but using the photograph as a guideline. For me I needed it to be clear that what I’m photographing was the process of photographing the re-enactment.” Both Jefts and Suryajaya wanted participants to be inspired by Mavo’s experimentation in the 1920s while forming their own interpretation of the image.

Their approach comes through strongly in the final product. In the original photograph the performers are tightly framed, but in the re-enactment, Suryajaya chose to include the chaos of the larger scene. Lighting fixtures are visible in the image, a hand in the foreground holds one stand firmly in place, and one additional performer takes a snapshot of the scene with a phone. The pink backdrop hangs lopsided against the exposed brick. Suryajaya captures the new performers for one moment, right as the scene appears to collapse into mayhem.

Suryajaya collaborated closely with Zhao to design the stage for the performers. Their main constraint at Ballroom Projects, an enormous former ballroom turned artist space currently run by Danny Floyd (MA 2013, MFA 2014), was a swing that needed to be installed on the largest beam for structural support. Once its placement near a wall had been decided, Suryajaya and Zhao started assembling the set. “It’s like building a puzzle,” Suryajaya stated. They slowly added movable walls, furniture, and props like a bicycle wheel and hula hoop to create a feeling of playful disorder.

On the night of the re-enactment, Zhao and Bermingham directed the performers as they prepared for the photo shoot. Groups of seven people were invited to select a costume, designed by Bermingham, try on a wig and apply makeup in the large mirror near the stage. While the energy leading up to this moment had been relatively reserved, the room finally broke loose as the photo shoot began. Bermingham used the poses in the original photograph to construct the costumes, and while the garments were loose fitting, they constricted movement in some way, so that the new performers had to manipulate their body parts in order to mimic the pose. The effect worked better for some costumes than others, but the awkwardness of the garments added a distinct playfulness to the evening as one novice performer had to explain to the next how to get into character.

Jefts mentioned in her presentation that it would not be the last time that she would be attempting to re-enact the image. Hopefully, this proves to be true because there is incredible potential continuing to invite collaborators to interpret the image in different settings. Ballroom Projects was able to facilitate the large scale of the stage, but it also posed a problem, as the space is undeniably hard to fill. Even with more than fifty people in attendance, at times, the room felt unoccupied. Restaging the photograph in a smaller, more intimate setting might offer a new set of friendly encounters between strangers as they try to perform Dance of Death.

Alison Reilly is a graduate student in Art History. She is currently writing her master’s thesis, which examines bunkerization in Albania through its representation in film. 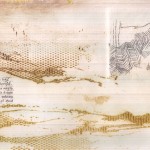 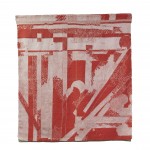