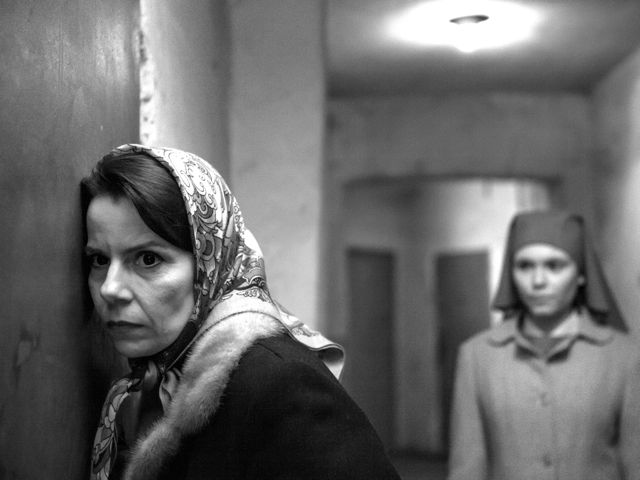 The 2013 film Ida, directed by Pawel Pawlikowski, had one of the highest grossing foreign-language openings in the U.S. last year and has been widely recognized on the international film awards circuit, recently earning the Academy Award for Best Foreign Language Film. It is an unexpected success for a nostalgic, black and white, small-budget film about a young novitiate discovering her identity in post-war Poland.

Ida is Pawlikowski’s first picture shot in his homeland in his native language. As a teenager, he emigrated to Great Britain, where he made the successful films The Woman in the Fifth starring Kristin Scott Thomas and Summer of Love with Emily Blunt. The cast of Ida does not include any internationally famous actors. Agata Trzebuchowska, the film’s protagonist, was discovered by the director’s friend in a cafeteria, and Ida is her first acting project. Introducing a leading actress may have been a risky decision, but Trzebuchowska is perfect in her role. The stillness on her face contrasts with the expressive acting of Agata Kulesza, a well-known Polish actress who plays Aunt Wanda.

Trzebuchowska plays sister Anna, a young novitiate in a Catholic convent who is about to take her vows, but the mother superior insists she first visit her only living relative, Aunt Wanda. Pawlikowski takes the cliché of the nun-to-be exploring the outside world and turns it into a bitter, quiet story about the search for identity. Aunt Wanda never expressed any interest in Anna’s life before and does not offer Anna a warm welcome. She does reveal that Anna’s real name is Ida, and that her Jewish parents were killed in World War II. Anna and her aunt embark on a road trip to look for their family’s remains and give them a proper burial. 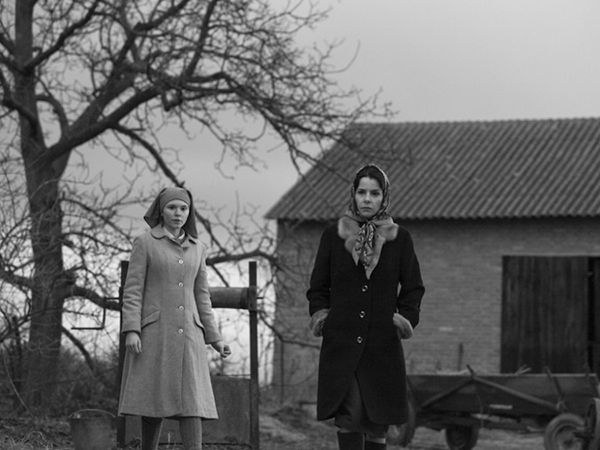 Wanda, a judge serving the Communist government of the Polish People’s Republic, is also seeking justice for her sister’s killers. Her character is based on the controversial figure of Helena Wolinska-Brus, who was responsible for the executions of members of the Polish People’s Army who fought the Germans in World War II and were prosecuted by the Stalinist regime. Pawlikowski met Wolinska-Brus in person and was impressed by the sweet personality of someone responsible for unjust executions. He gave Wanda similar qualities. She is despotic and sentences people to death, but it is impossible not to sympathize with her.

Ida and Wanda’s quest to uncover the truth about their family’s death is connected to Poland’s tragic war history. Poland and the Ukraine were the two countries occupied by Nazi Germany in which hiding Jews was punishable by death to the guilty party’s entire family. In the film, one family, the Ulms with six small children, were murdered by Nazis for hiding a Jewish family in their attic in the town of Markowa. Polish citizens are one of the largest groups among those who risked their lives to save Jews during the Holocaust. As we see in the case of Ida and Wanda’s family, not all Poles were as heroic. Polish neighbors hid Ida’s family, but after some time the neighbors become fearful of being found out by the Nazis until they reach a terrible breaking point. Ida hints at how some people are capable of both good and bad deeds, and how the line is often blurred between victims and executioners.

The film’s universality is its strongest point. Ida is a young woman about to make important, perhaps irreversible decisions. She seems certain that discovering the truth about her family’s past will free her from doubt about her future. Her carefree aunt tempts her to explore a different lifestyle. On the journey to their village of origin, both protagonists undergo change. Ida becomes more mature and self-aware and becomes ready to begin adult life. Nostalgic and sentimental though it may be, Ida makes important points about Polish history in an eerily beautiful story that accomplishes much in short time. 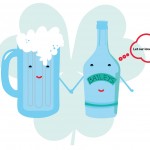 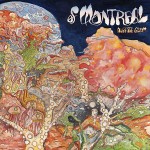