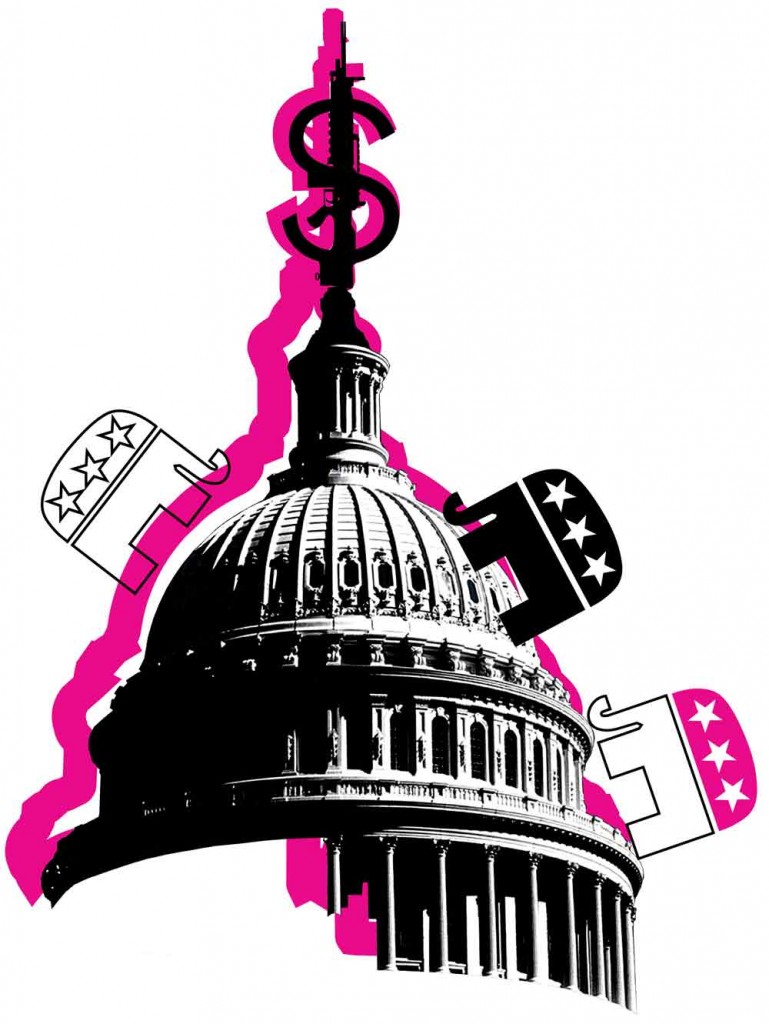 2015 is only a run-up to next year’s presidential election, so they say. But 2015 will actually shape a complicated political discourse that looks to be challenging for the new Republican majorities of both the House and the Senate. President Barack Obama recently threatened to veto the Keystone XL Pipeline, with which a brief time of peaceful relations between the President and newly inducted members of the House and Senate came to an immediate halt.

Senate Majority Leader Mitch McConnell (R-KY) set the passing of the Keystone XL Pipeline as one of his first priorities for the new term. But with the immediate introduction of previously contested legislation like the passing of the Keystone XL Pipeline and sanctions on Iran, the relationship between the President and Congress has been visibly damaged. The President has also insisted that he will not allow the environment to be damaged by another for-profit pipeline.

But with talk of a veto, a majority of Republicans have been rumored to take this as a victory either way for their party. The idea that they might be able to highlight President Barack Obama as a president who refuses to compromise may help them in the long run.

Most importantly though, it is important to understand different committees that have direct affects on taxation, environmental legislation, and the armed forces moving forward. Below are columns listing the heads of each of the committees above, explaining their past action and concerns for their committees and how they say they will better legislation for the American people during their terms.

Although Senator Mitch McConnell (R-KY) is not the head of a committee, he is the Senate majority leader, and therefore is one of the most notable changes in Congress this term. McConnell, who advertises himself as a friend of coal has unsurprisingly been a controversial figure in the House for years.

In 2012, the debt ceiling was being used as an argumentative point between each party, and instead of compromising Sen.McConnell proposed a bill that President Barack Obama would be able to unilaterally raise the debt ceiling. After McConnell proposed the bill, majority leader at the time Senator Harry Reid (D-NV) unexpectedly called for a vote on the proposed bill. Sen. McConnell then called for sixty votes on the bill. The amount of votes required to pass a bill is usually fifty-one, and rarely is raised to sixty, unless there is a filibuster. It became clear at that point, Sen. McConnell had filibustered his own bill. He had been counting on the chance that Senator Reid would refuse to grant President Barack Obama power to raise the ceiling without the Senate vote.

As a direct consequence of discussions on the debt ceiling, there were proposals to close tax- loopholes and tax higher salaries. The Republican party has historically opposed Social Security. McConnell was quoted as saying by Associated Press, “We just think we shouldn’t be punishing job creators to pay for it.” McConnell said this as a response to a proposal to raise taxes on higher-earners to finance the payroll tax cut. McConnell, who represents the interest of the Republican party, commented that he was interested in privatizing Social Security during his re-election campaign.

None of this information is to suggest that McConnell is an incompetent leader, he has accomplished a great deal in his nearly thirty year term in the Senate. He plans to oversee the establishment of the Keystone XL Pipeline, which will create countless temporary construction jobs. CNN’s Van Jones however, estimated that the pipeline will only create around 35 full time jobs. McConnell also negotiated a federal buyout of tobacco quotas to aid agricultural growth in the United States. The Senator made sure during these negotiations the buyout did not come out of the taxpayer’s pocket, but rather Tobacco companies have them pay for this quota buyout. These kinds of actions help the economy by creating jobs and observing that large companies should be responsible for those who facilitate their profit. The question of how sustainable these job creation methods are will be in question during his time as the Senate Majority leader.

One of the biggest changes will be the replacement of Barbara Boxer (D-Calif.) by James Inhofe (R-Okla.) The Senator has repeatedly denied that climate change even exists, and has written a book titled The Greatest Hoax: How the Global Warming Conspiracy Threatens Your Future. The Senator is fond of phrases like “Global warming alarmists” and genuinely believes that this “myth” will destroy jobs, homes, families, and eventually, the American economy. Inhofe’s control over the EPA, the very committee that is devoted to protecting the environment for the interest of the general American public will place all former safety regulations in high water. Kathryn Schaffer, professor at SAIC and researcher in physics, has her own thoughts on Inhofe’s control over the EPA, and more broadly, his understanding of scientific language and data.

She told F Newsmagazine, “Inhofe has an interesting talent for speaking confidently about science as if he has the authority to say what science is, what it’s capable of doing, and whether specific scientific claims are well supported or not.  His arguments depend, though, on distorting and misrepresenting how science works… .” Here, Schaeffer is referring to a floor statement Inhofe made in 2003, and since, his statements have not changed too drastically. She then goes on to explain that in the statement Inhofe over-simplifies the language of scientific claims. “Scientific claims also need to go through rigorous debate that evaluates different interpretations of that evidence.  Uncertainty and self-correction are core aspects of good, high-quality science.  Climate science is no different, but we’re faced with the challenges of making collective policy decisions in the midst of our evolving knowledge.  Because so few people understand how science works, folks like Inhofe can develop some pretty powerful rhetoric that uses the uncertainty and self-correction intrinsic to the process of science to apparently call climate science into question.” 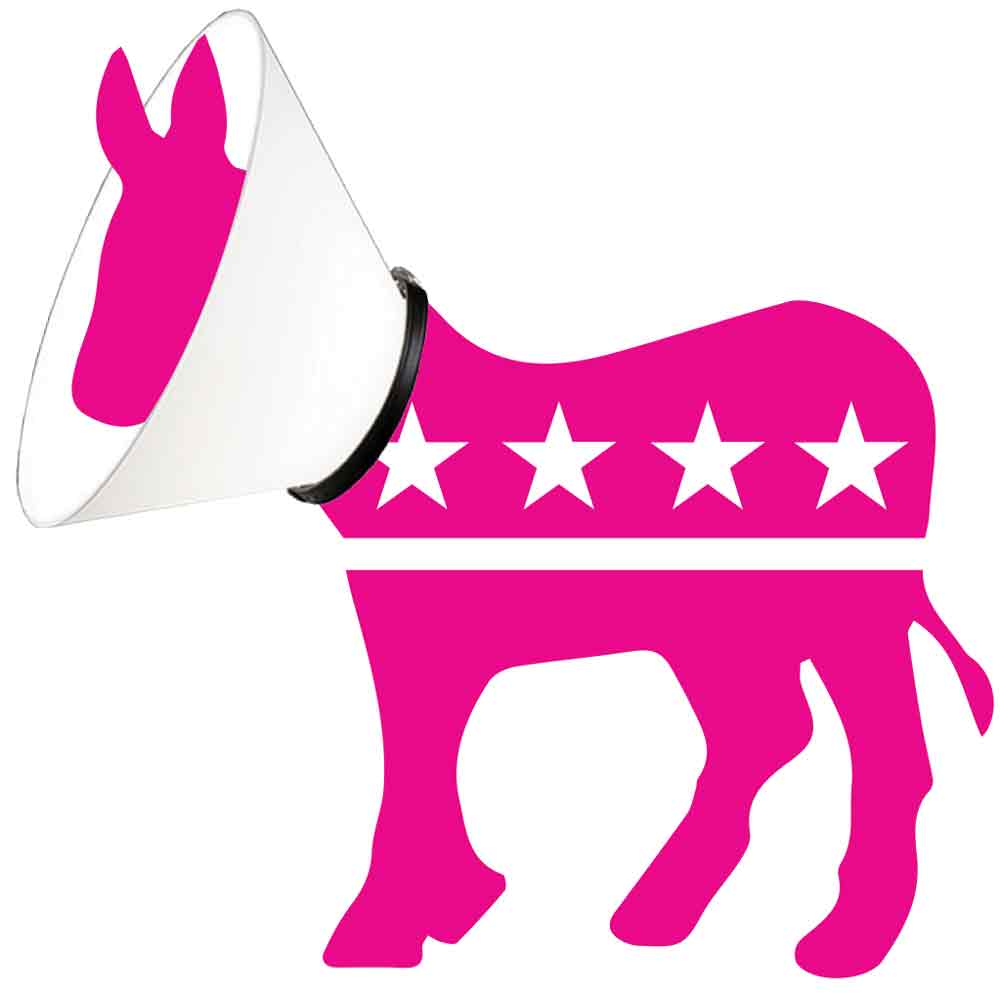 Some good news for a committee is that Sen. John McCain (R- Ariz.) will be chairing the Armed Services Committee. The Senator openly opposed the Central Intelligence Agency’s torture of prisoners at Guantanamo Bay, which came out in a report in late 2014. The Senator himself as a prisoner of war condemned the act of torturing prisoners into giving leading information that he claimed could often be false. The Senator has also been known to openly oppose programs that abuse spending budgets for unnecessary updates, most recently the F-35 program. Senator McCain compared to previous chairs did not receive impressive PAC donations to start his takeover of the committee. The donations for McCain came in at a jaw-dropping low of $39,000, likely because of his stance on cutting unnecessary spending. Private defense companies who donate have typically contributed three figure PAC package that Armed Service chairs in the past. There is no word on a recommended budget for the Defense Department yet. The senator has come out and supported the Iraq and Afghanistan wars, as well as the Patriot act, so while there is hope for cutting flashy upgrades from the Defense Department, the Senator’s control over the Armed Services chair will be one to watch closely.

Senator Paul Ryan (R-Wis.) was appointed to chair the Ways and Means Committee. Essentially, the committee oversees all things taxed including, healthcare, trade and tariffs Social Security, as well as welfare. Sen. Ryan has faced criticism in the past as well as recently, specifically over his plan for “Expanding Opportunity in America.” The plan appears to try to balance the budget through block grants, which make distribution of funds less beneficial for low-income homes by giving a lump-sum grant to the state, and having the state distribute that money accordingly. Ryan’s plan has been criticized for attempting to balance the budget by slashing assistance for lower-income homes. His plan would also convert food stamps into block grants and expand earned-income tax for childless workers.

Another goal for Ryan is to modify the Affordable Care Act. Although Sen. Ryan said on January 7 that the Affordable Care Act was taking its toll on small businesses, not big businesses in order to appeal to the American public, this was fundamentally untrue. IBM (International Business Machines company) has cut its guaranteed health insurance for retirees, who have now been forced into Medicare. Sen. Ryan also raised the required amount of hours to be covered under The Affordable Care Act to forty instead of thirty, which will cut the number of people who qualify for the act drastically. Approximately 1 million people would lose coverage according to the Congressional Budget Office (CBO). These changes may certainly hurt handfuls of Americans in the long run and push health care reform further back. However, a number of congressmen have signed on to vote on various excise taxes for medical equipment, hoping that the larger discussion happening on The Affordable Care Act will give senators a chance to tighten the language of the bill, and not give companies a way to cut employee benefits simply because the Act, without the revisions, will allow them to. 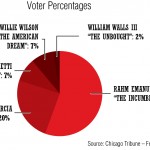