Time is frozen in the small rectangular room protecting Sarah Charlesworth’s Stills in the Art Institute of Chicago. The initial shock hits me of being surrounded by a series of fourteen six-and-a-half feet tall black-and-white photographs of men and women falling to their deaths. I hold my breath for a moment — in sync with the floating subjects.

It takes a moment to realize what these images portray. Although they are newspaper photographs she collected and appropriated, by tearing their edges and enlarging them greatly, she has abstracted them beyond typical documentary images. The photos capture individuals either jumping from buildings, either escaping fire or attempting suicide. The images are zoomed in and cropped closely around the subject, so that we are unable to tell which scenario each one expresses. This, in combination with the geometric patterns of the buildings in the backgrounds or the environments behind the subjects allows for a much more ambiguous picture. 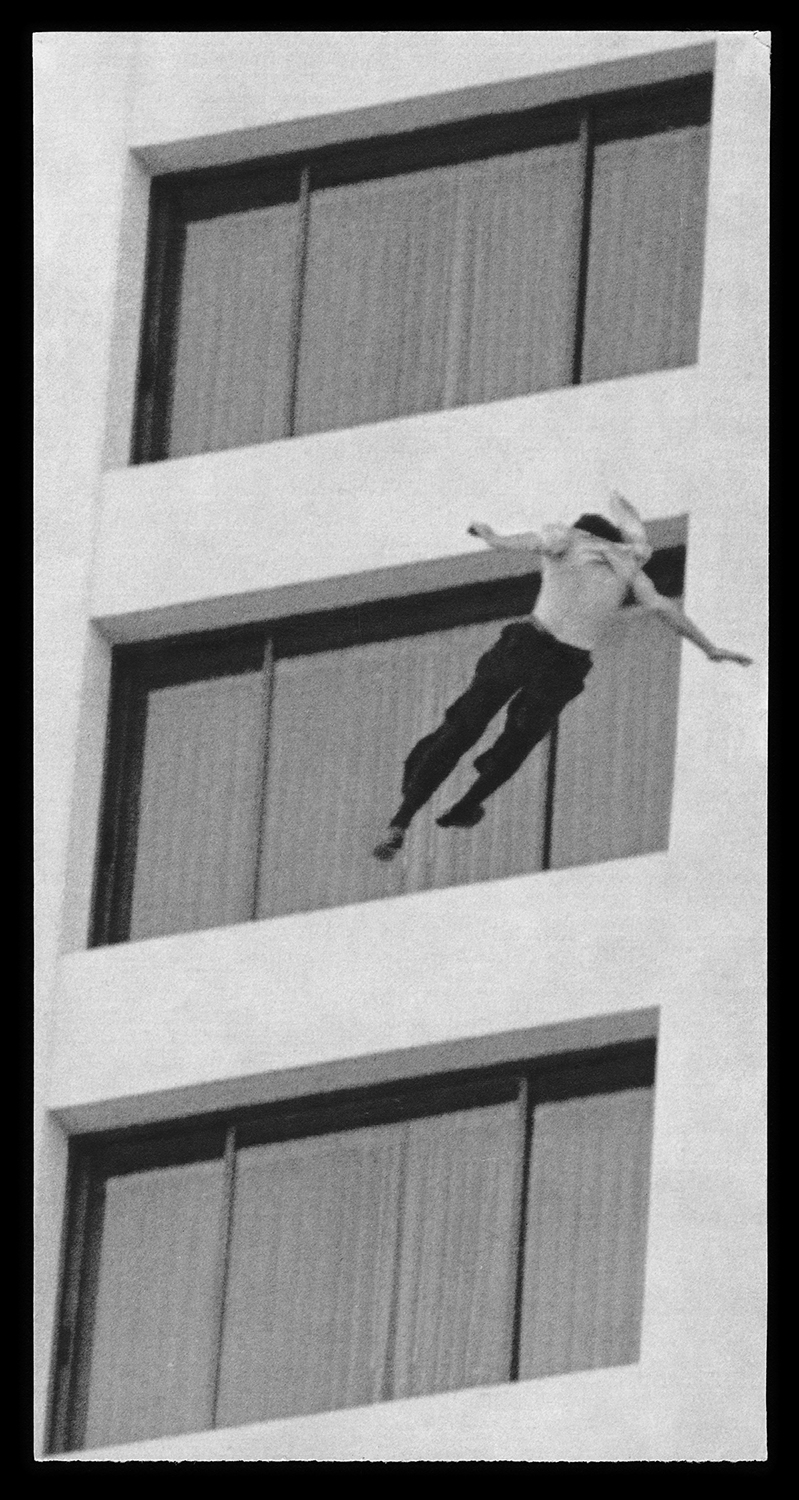 In Jerry Hollins, Chicago Federal Courthouse, we can hardly identify the subject as a person as he or she blends into the lines of the building’s surface. All that is seen of a human presence is a tiny black foot in the bottom half of the image. This one is especially blurry, likely because the shutter was open for a long time, which suggests that the photographer might not have expected to capture a person in the frame. Perhaps the image’s fuzziness can be attributed to a quiver in the photographer’s hand while snapping the picture, implying surprise at witnessing so alarming an event. 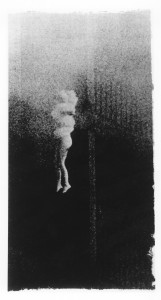 There is a strange beauty in these photographs. The bodies seem suspended gracefully, each creating a unique shape with its limbs and looking as if it were in mid-leap, tumble, or pose in a dance. The grain-iness of the pictures softens the images and creates a rich texture, clouding the line between the subjects’ fictional final solos and the reality of the inevitable outcome.

As exquisite and aesthetically pleasing as these images are, they also portray something horrific. Entering the gallery, one must ask why Charlesworth re-appropriated these newspaper clippings?

The artist was part of the Pictures Generation, a group of artists working in the 1970s, including Sherrie Levine and Laurie Simmons, who were known for their work using images culled from mass media. It was common practice for them to appropriate, deconstruct, and re-contextualize photos. By separating these images from their accompanying text, Charlesworth invites the viewer to wonder which deaths were desired and which were forced, leaving the viewer in control of the narrative. Enlarged the photographs oblige viewers to confront issues of choice, the individual, and death—all topics that were relevant to the 70s with the occurrence of the Vietnam War, the Watergate Scandal, and the women’s rights movement. On display in the Art Institute of Chicago, these images are re-contextualized again, with the more recent tragic memory of those who plunged to their deaths from the burning World Trade Center.

The timing of this exhibition is especially poignant because Charlesworth passed away last year due to an aneurysm. Six of the works in Stills are the last work completed by the artist before her death. The passing of the artist is yet another reminder of the exhibition’s central notion that time never really stands still.

Sarah Charlesworth: Stills ran through January 4, 2015 at the Art Institute of Chicago. 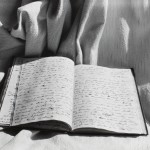 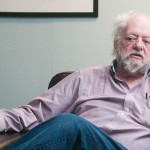