If there is any television entity that can withstand script thievery, the incredibly entertaining American Horror Story – frazzled plot lines and contradictions aside – is it. 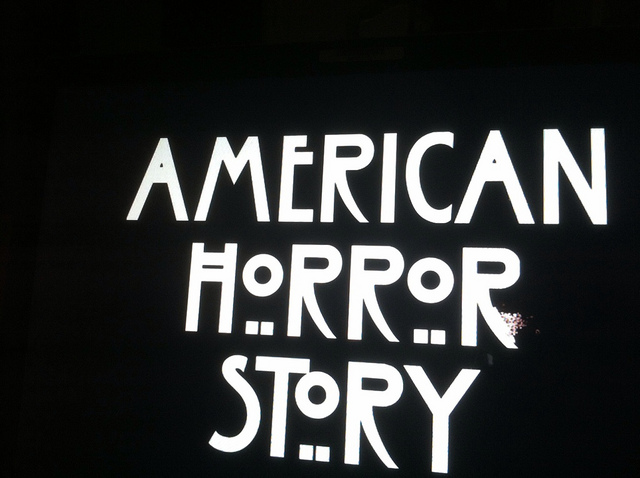 Somewhere between figuring out which beard would look best on Kathy Bates and handing Jessica Lange the words to Life on Mars, the writers of American Horror Story decided that all four seasons of the FX hit are interconnected. This announcement came as a shock to fans, since the premise of the show is that each season is a separate entity that takes on a different aspect of the horror genre. The actors may be the same, but each season can stand on its own and terrify you within thirteen episodes.

The decision to link what has happily existed as a series of stand-alone seasons in the past may seem haphazard to outsiders, but those who are familiar with the work of Ryan Murphy know that this sort of narrative backpedaling is commonplace.

Before the theme of season four was announced, some speculated that it would be “circus” themed and include a killer clown or two. Ryan Murphy denied this only to grin slyly and assert that it was not a circus but a “freak show.” There’s nothing Ryan Murphy loves more than to contradict himself. 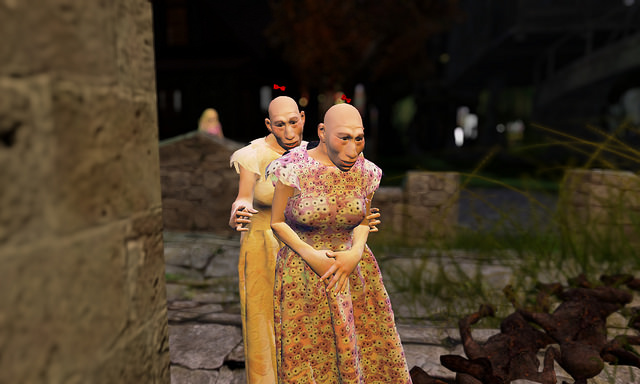 The rules of linear time do not apply in Ryan Murphy’s universe. The current season, Freakshow, takes place in Jupiter, Florida in 1952, but that did not stop Murphy from having Jessica Lange cover the Lana Del Rey b-side Gods and Monsters. It centers around one of the last surviving freak shows in the nation with an ensemble cast including Sarah Paulson, who plays conjoined twins Bette and Dot Tattler, and Jyoti Amge, the world’s smallest woman. This season also features Naomi Grossman reprising her role as Pepper the pinhead from the second season of American Horror Story, Asylum. This is the first time any character has had a reoccuring role within the franchise. In addition to Naomi Grossman, Lily Rabe also reprised her role in Asylum as Sister Mary Eunice, the bright-eyed nun with a satanic side. Lily Rabe returned to Freakshow for the midseason finale, December 17th.

When Murphy announced that all four seasons were connected, he hinted that Grossman will play an integral role in connecting season two to season four. However, around mid-November a script containing key details on how Pepper made the move from a freak show to an asylum was stolen off of Freakshow’s set in New Orleans. American Horror Story’s production company, 20th Century Fox, told celebrity gossip site TMZ “The theft and unauthorized distribution of our scripts is a very serious matter, and we will take all appropriate steps necessary to vigorously protect our intellectual property.”

The script is currently being shopped around to various media outlets, which caused fans to speculate whether Pepper’s storyline would be adjusted in some way to avoid spoilers. Again, narrative backtracking is not uncommon within the universe of American Horror Story. During the previous season, Coven, the writers enabled Lily Rabe’s character, Misty Day, to bring people back from the dead. When asked if similar hijinks were going to occur during Freak Show Ryan Murphy told Entertainment Weekly, “this season, once you die, you’re dead. There’s no supernatural thing to bring you back like last year. It’s just completely new. It feels completely new.” Later, when unexpected fan-favorite Twisty the serial killer clown was killed off, Murphy told Entertainment Weekly, “I loved his performance. He will return.”

One of the most interesting things about American Horror Story is the time constraint of having only 13 episodes to create, expound upon, and dismantle an entire fictional universe. Looking back at previous seasons, you can practically see the points where the writers got excited about a plotline only to realize that there was no way they had time to fully flesh it out. There is no shortage of creativity on the show’s team, and they should be able to patch up Pepper’s plot line in no time. At the same time, this caliber of creativity can often lead to a lack of narrative focus.

The excitement that propels each new season of American Horror Story can also be its greatest threat. Take for example, season 2: Asylum, which focused on the horrors inside the walls of Briarcliff Manor, a state-run “asylum.” Jessica Lange played Sister Jude, a semi-sadistic nun in charge. Evan Peters played Kit Walker, a young man wrongly accused of murdering seven women and skinning them thus earning him the nickname “bloody face” and a bed at briar cliff, while he awaited a hearing to see if he would be deemed fit to stand trial. This seems a solid enough foundation of plots points on which to expand throughout the season but not in Ryan Murphy’s universe.

In addition to solid serial killer spooks, Ryan Murphy decided to throw in: zombies in the form of an eventually limbless nymphomaniac played by Chloë  Sevigny, alien abductions with unclear intentions, demonic possession of both nuns and simple farm boys, a Nazi surgeon, and to top it all off, a deranged psychiatrist who constantly provokes Sarah Paulson’s character, journalism’s answer to Clarice Sterling in Silence of the Lambs. The level of ambition displayed in season 2 is admirable, but by the end of it one could barely keep up with one single plot line. It was a brilliant mess of half formed ideas and sly nods to horror classics, but it was a mess all the same.

American Horror Story has the capacity to be incredibly entertaining, frazzled plot lines and contradictions aside. This is the show that persuaded Jessica Lange to sing a David Bowie song in a German accent (twice). If there is any television entity that can withstand thievery, this is it.