To elevate the sensory experience of viewing work in the Art Institute of Chicago, we’re building a soundtrack for your visit, one piece at a time.

To elevate the sensory experience of viewing work in the Art Institute of Chicago, we’re building a soundtrack for your visit, one piece at a time.

The most satisfying way to engage with art is by devouring it on multiple levels. Of the ways to do so (some more legal than others), the tried and true combination is through the eyes and through the ears, simultaneously. Whether it’s the lasting influence of cover art on our relationship to an album, or the fact that soundtracks have become an indispensable aspect of film, music enables us to digest visual art more deeply.

When encountering visual art, then, finding its inherent music becomes our task. This is done through full immersion into what is first seen, followed by careful excavation of what could be seen. Once meaning is extracted, you can get it talking — and when you get it to sing, it’s usually humming a tune you already know. 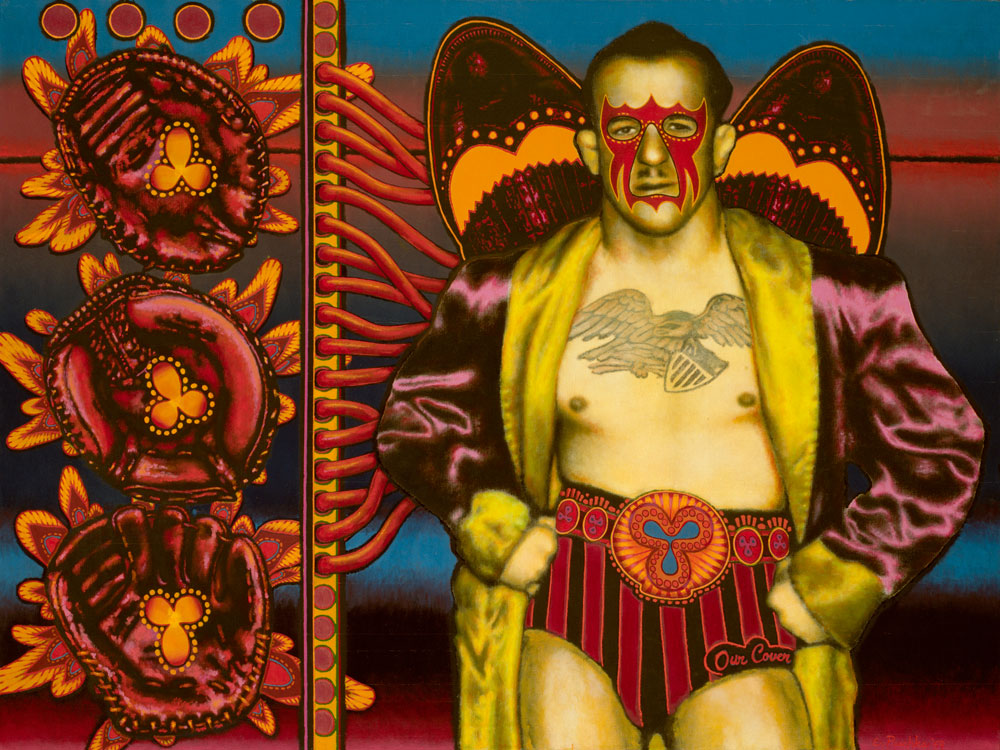 Ed Paschke’s Mid American is a vibrant painting of a man in athletic attire provoking the viewer, flaunting the social markings (tattoo, silk robe, snazzy shoes) middle-class Americans often enlist to concurrently cover up and exaggerate a middle-class identity. The use of bold, electric colors and the character’s imposing position in the foreground of the composition set a tone that is both psychedelic and aggressive. This painting calls for a song with similarly pulsating grittiness and voltage, and The Cramps’ “Garbageman” (Songs the Lord Taught Us, 1980) is its perfect aural companion.

The song kicks off with the low rumblings of a garbage truck, and Paschke’s man is absolutely the one hopping off this truck. The grinding riff that kicks in rattles this guy’s rockabilly wing-tip shoe wings until they start to groove and tap so furiously he all but flies off the canvas.

Paschke’s man, our “garbageman,” asserts himself, chest tattoo exposed, shouting at the viewer along with Cramps singer Lux Interior, “You ain’t no punk, you punk.” There is no speaking style more characteristically “middle-American” than a sentence with an improper contraction, an immediate contradiction and a good old-fashioned scolding. The repetition of “Do you understand?” throughout the song is the credo of the man in the painting — someone over-confrontational, with little authority, struggling to find a peon or a punk to exert what little power he has through a repetitious rant or lecture. His scowl bears the self–assured invincibility of a union member.

Members of the middle and working classes often find it hard to separate their social identity from their line of work. Since they handle everyone’s trash, they must be trash, according to those who socially rank higher. Similarly, the Cramps, who embodied trashy B-horror style, were written off early on as kitschy, campy, and cartoony — but they were deadly serious. Paschke and the Chicago Imagists, too, embraced low­-brow humor and were called low-brow by those who didn’t get the joke. Cramps guitarist Poison Ivy Rorschach would have really appreciated the vulgar little mustache and silk robe Paschke painted on his character.

The concept behind Mid American applies to the pre-Cramps lives of Interior and Rorschach — or Erick Purkhiser and Kristy Wallace, two Sacramento college students who moved back to Purkhiser’s hometown of Akron, Ohio, and worked in a circuit-board factory until they couldn’t take it anymore. The juxtaposition in Mid American of baseball gloves with blossoming psychedelia represents what Purkhiser and Wallace’s lives might have been had they never escaped Ohio and had only dreamed of life as artists in New York. The desire to flee factory life pushed the duo to New York, where they promptly traded in proverbial baseball gloves for wing-tips, and could truly declare themselves the Cramps! Inventors of psychobilly! Embracers of trash!

The painting captures the peculiar reality that sometimes the necessity to leave a place behind can keep you more strongly tethered to it — as if you owe it something. The Cramps prove that the ways we try to disguise ourselves can sometimes reveal even more truth, just as we see more of Paschke’s man through his mask and tattoo. The phrase “Our Cover” is proudly displayed along the hem of his shorts just as Interior and Rorschach expressed themselves through their own over-the-top personas.

Interior sharpens Paschke’s character with the line, “One half hillbilly and one half punk … the hottest thing from the North to come out of the South,” landing viewers and listeners right on a mid-American.

Ed Paschke, Music, song and a painting, The Cramps 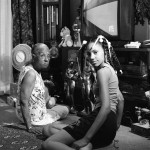 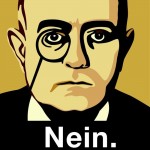