I was walking down Michigan Avenue this morning when the sudden deafeningly loud sound of an overhead fighter jet filled the air.

I was walking down Michigan Avenue this morning when the sudden deafeningly loud sound of an overhead fighter jet filled the air. Curious, I (along with several other bystanders) stopped walking to look up at the plane as it darted across the gaps of sky between the buildings lining the street. What are military planes possibly doing circling around Chicago?

Oh, that’s right – the Air and Water Show is this weekend.

I have never attended the Chicago Air and Water show, but according to the City of Chicago website, “With Chicago’s Skyline as a backdrop, audience numbers reach 2.2 million annually making the Chicago Air & Water Show the largest FREE admission air and water exhibition of its kind in the United States. Over the years the show has featured some of the top civilian and military pilots and aircraft.”

If anyone is interested in seeing some cool planes doing sick tricks this weekend, the show will be happening from 10:00 AM to 3:00 PM on Saturday and Sunday. The Tribune has a nice roundup of different spots around the city where the planes can be seen nicely, since crowding has apparently been an issue in the past.

For more information on the annual event and its history, visit the event’s page on the City of Chicago website.

Entertainment Planes Are Freaking Everybody Out Downtown
« Previous Story 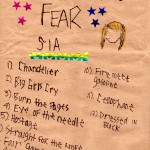 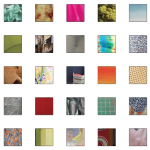 2 Responses to Planes Are Freaking Everybody Out Downtown