Portraits of students with a message of solidarity. 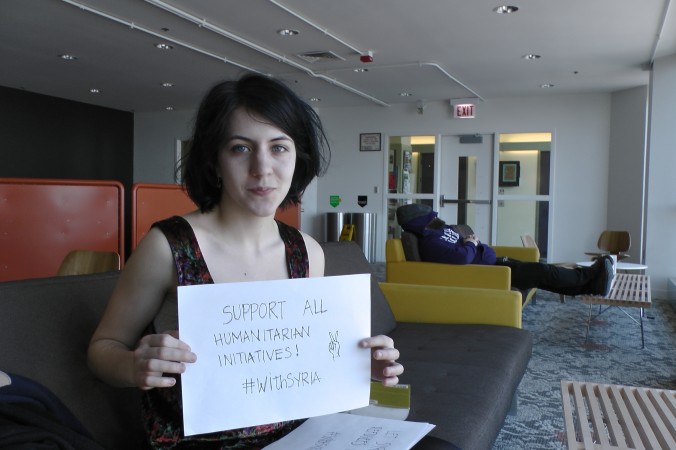 All photographs by Leen Rifai.

March marks the third year anniversary of the first protests that sparked the Syrian revolution. Western mainstream media and politicians, however, have been aggressively skewing the facts, confidently stating that we have just entered the fourth year of the Syrian “conflict.” What these outlets miss is that the conflict that we see in Syria today did not start in March of 2011. The Syrian uprising was peaceful for at least six months, and I feel that it is necessary that Syrians make sure to raise awareness about that.

As a tribute to my brave friends in Syria, and those who today suffer the consequences of world inaction and apathy to what has become one of the bloodiest conflicts in the region’s history, I went around campus and asked a few members of the SAIC community if they were interested in getting their photograph taken holding up a message of solidarity. After awkwardly approaching them, the majority showed their support and their warm hearts made me realize how important it is for Syrians back home to know that despite the distance, people in America care about the Syrian people’s quest for freedom and democracy. Included here are a selection of those photographs. 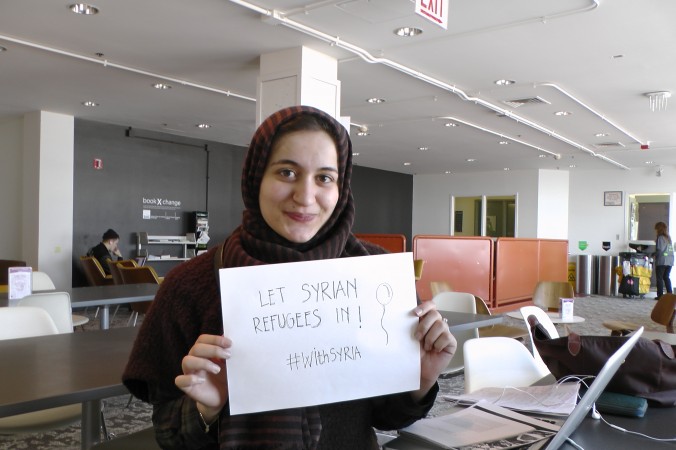 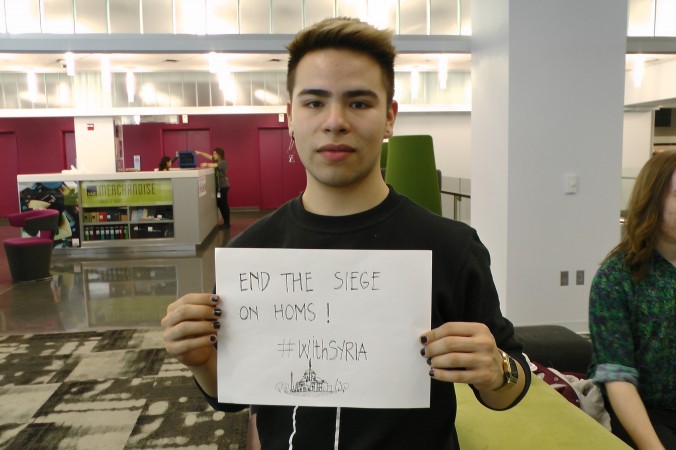 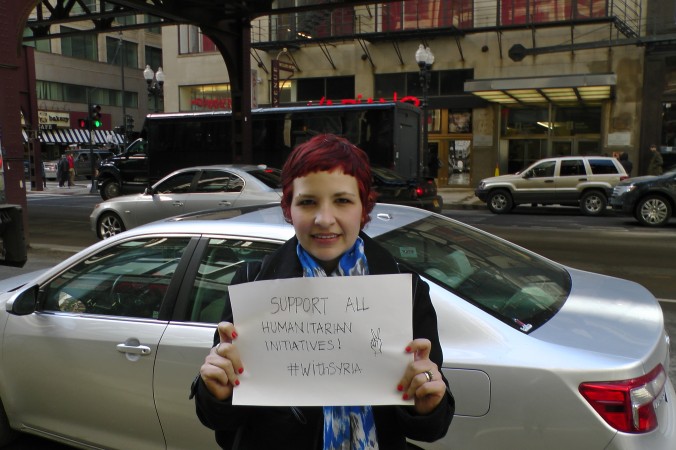 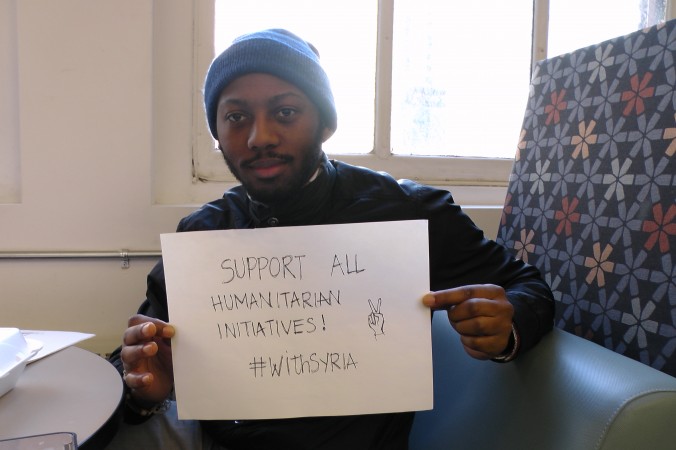 The message was inspired by renowned graffiti artist Banksy’s #WithSyria campaign that he launched in March which triggered a series of #WithSyria messages from celebrities all over the world. Real Madrid soccer star and celebrity Christiano Ronaldo shared a photograph of a young Syrian refugee whose dream is to become a soccer player, wearing his t-shirt on his Facebook page showing his support for Syria’s children. Robert Downey Jr. shared a song his cousin made for Syria on iTunes, the proceeds of which went to Karam Foundation to aid Syrian refugee children. 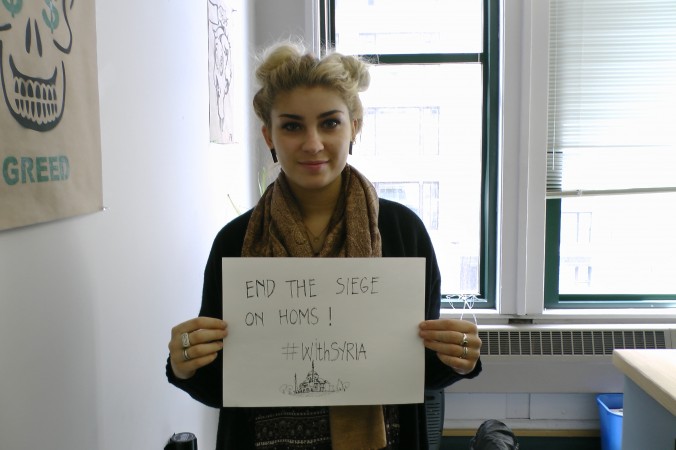 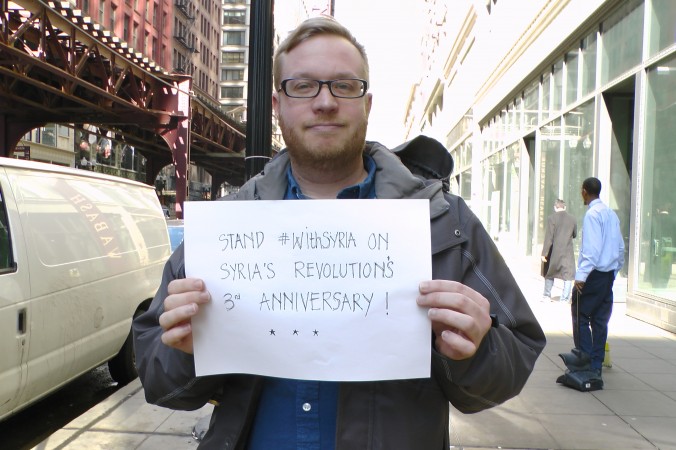 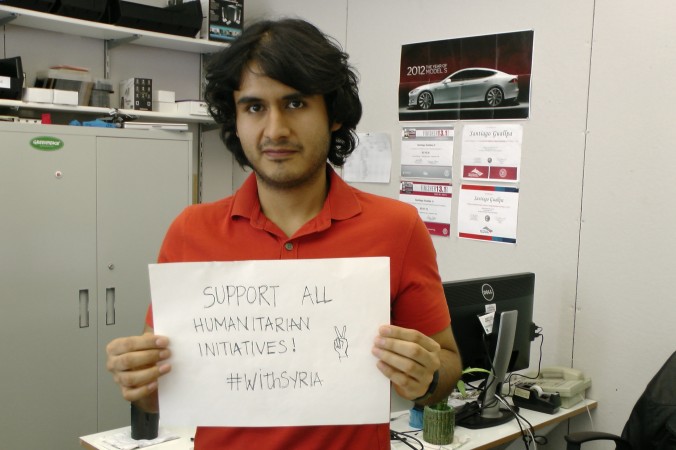 I would like to thank the beautiful people who allowed me to post their photographs on my personal Facebook profile and in F Newsmagazine. My friends in Syria were truly touched by this gesture. 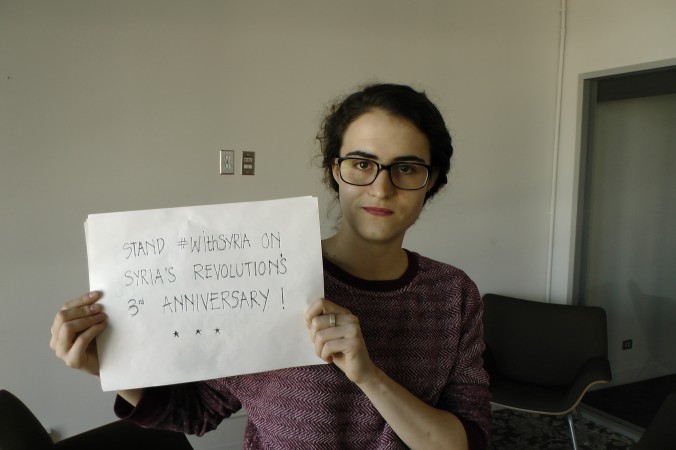 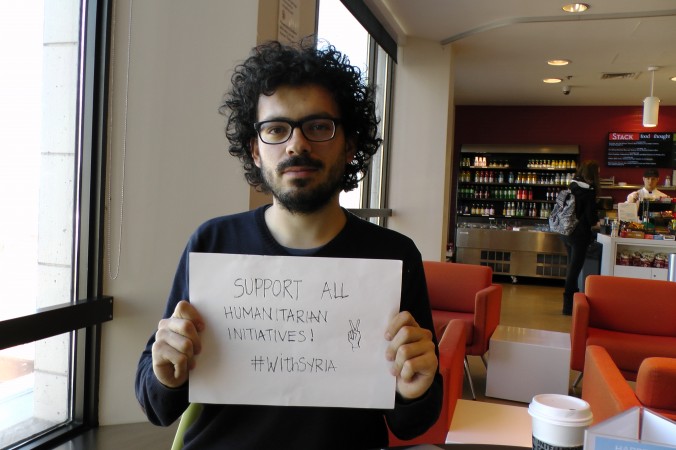 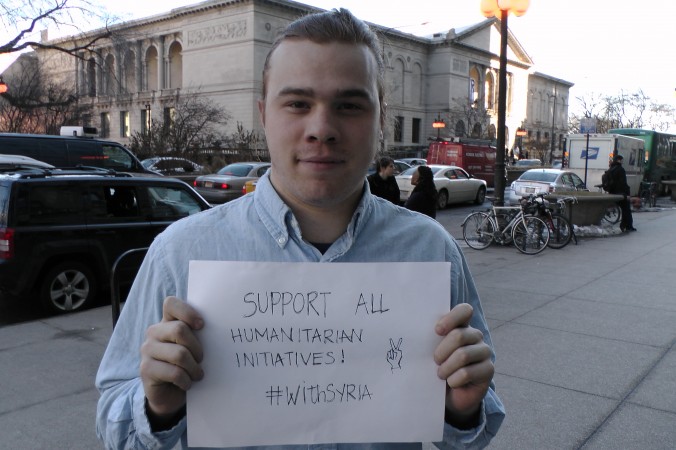 Learn more about how to help Syria at love4syria.com. 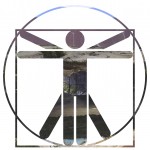