The fight for cyber civil rights.

The Fight for Cyber Civil Rights

The Internet is an unregulated public space where lewd, sexist and racist language is pervasive. In the eyes of some it is similar to the American Wild West where abuses might be avenged or go punished in a place with little enforced regulation. The danger of a forum that allows for such anonymity is that it becomes a perfect tool for attackers, whose victims are often women, people of color and members of the LGBTQ community.

Whether such harassment comes through host websites or direct channels, mounting research and testimony has documented revenge porn’s side effects on the lives of victims, including severe emotional distress, loss of employment, changing of one’s name and even suicide.

Since the relationship ended more than two years ago, those photographs have been shared publicly on social media sites and sent directly to family, friends, employers and even to her landlord. After trying to find help for years, she has learned that her only course of “retribution” is a civil suit, which she cannot pay for. “It has been devastating to be threatened over and over, knowing that I have no legal protection against this type of sexual abuse, simply because the abuse only exists online,” she says.

Currently, neither federal or state legal systems are prepared to defend victims of this reprehensible behavior. Illinois Representative Scott Drury was quoted in the Chicago Tribune as saying, “Legislation is needed in Illinois. It’s needed everywhere and on a federal level. I think it is a big problem. It ruins people’s lives. So we need to do something to help.”

At press time, an expanded bill sponsored by Rep. Drury written with the help of Mary Anne Franks, Cyber Civil Rights advocate and Associate Professor of Law at the University of Miami in the Illinois Judicial Committee for review. Similar to the bill already passed in the Senate, Rep. Drury’s version covers victims more broadly, protecting images shared through targeted harassment in addition to images on host sites as protected under Sen. Hastings’ legislation.

The definition of the SPT project on the ACLU website states its dedicated goal as “expanding the right to privacy and increasing the control that individuals have over their personal information; and ensuring that civil liberties are enhanced rather than compromised by new advances in science and technology.” It would be difficult for Rowland to argue that legislation to protect victims of revenge porn, where the sole aim of expression is to threaten and humiliate victims by exposing the most private segment of their lives – their intimate sexual relationships – conflicts in any way with privacy goals underlined by the SPT.

If you are a victim seeking help or would like to support legislation by signing a petition or donating to support advocacy, visit endrevengeporn.org.
%nbsp; 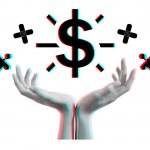 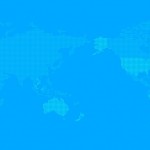