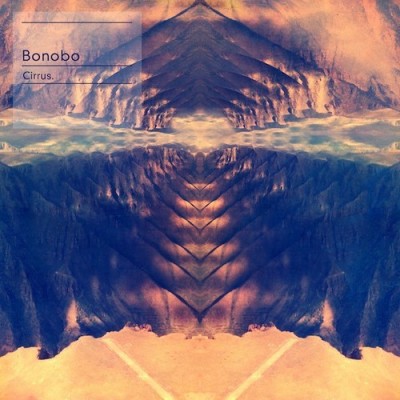 Image by Bonobo on Soundcloud.

Many electronic musicians prefer to stick to standards of highly crafted and smoothly enhanced tracks, but New York-based British DJ and producer Simon Green, who records and performs under the name Bonobo, composes elements of the imperfect sounds of everyday life. Between the popularity of his down-tempo 2010 album Black Sands and his music’s consistent NPR airtime as interlude riffs between stories on All Things Considered, the artist has become a prominent tastemaker of house-jazz-inspired soundscapes. While his music is tightly mechanical and texturized, there is a deeply emotive human element embedded within layers of looping samples. His newest album, The North Borders (2013), is the latest development in his line of explorations with found and forgotten sounds.

Green’s own artistic method inspires songs that are ideal for encounters that mimic the tones of the subconscious; many of his songs are slow builds rather than immediate explosions. “The process of making music is very therapeutic,” he says in an April 2013 Interview Magazine profile. “It’s late at night and I’m wearing headphones a lot of the time, so it becomes a way of zoning out and engaging with my thoughts. … It’s a matter of getting into that space where you’re just working without thinking.”

“Cirrus,” the advance-released track from The North Borders, is an exercise in the artist’s talents for translating under-realized individual sounds into cohesive parts of a moving whole. The inspiration for the song came from Green’s late night tinkering on a finger piano within the cavernous acoustics of his attic. A few notes, blurred together in a playful back-and-forth, give way to steadily more complex combinations woven into a progressive arch.

In addition to sounds pulled from drum machines and synthesizers, Green also utilizes an ever-growing collection of samples sourced from his world travels. Highway-bound freight trucks, subway doors opening and closing and harmonics from records buried in bins of small town record shops mix with the metallic notes of studio machines. “I’m just trying to sort of push the ideas of what can create melody, what can create rhythm, and how drum sounds don’t necessarily need to come from drums, but can come from a different place,” he says in an April 2013 NPR interview. “It’s about sort of re-contextualizing the sound and bringing it into a very different place from where it started.”

“Cirrus” transforms Green’s individual sound samples into a journey of looping patterns and spirals of hypnotic layers, like a carefully planned archeological dig into cityscapes where everyone is inherently alone. Indeed, the song is best absorbed, just as the artist created it, through headphones. It is a smooth, tempered attempt to build every disparate voice into a cog of a well-oiled hydraulic machine. Starting with the finger piano’s tinny five-note chord progression and gradually working in a triangle, maracas and scratchy evidence of vinyl feedback, Green adds in snare hits and synthesizer waves in an aggressive push towards a breaking point in which a sinister bass-heavy riff, once folded under melodic chimes, rips the entire pattern apart. Carefully timed pauses, whirs and clicks form the framework of a chirpy clockwork system that shuts down just as quickly as it begins. The overarching voice speaks to a breakdown of flawless mashups into subtle collections found beyond the confines of the recording studio. 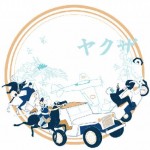 No Honor Among Yakuza