The Circulation and Trade of Your Personal Data

How many things are you doing at your computer right now? It’s becoming harder and harder to unplug, and Internet-based companies are taking advantage of our addictions.

The Circulation and Trade of Your Personal Data

How many things are you doing right now?

If you are like the rest of the Millennial generation, you are probably not just reading this article. I bet you’re: 1. reading this, 2. In the middle of multiple text conversations, 3. Writing an important email to a professor 4. Listening to your Spotify account, and 5. Have at least three tabs currently open on your browser window (one of them being your Facebook). I challenge you to put down your cellphone, log out of your Facebook, take those headphones off or out of your ears and, for a few minutes, literally unplug.

What happens when banner ads on email accounts begin suggesting purchases based on private conversations, when Netflix rates a movie yet to be seen by its account holder, or when Twitter makes recommendations of strangers one might like to follow? You’ve heard this story before, but it’s worse than you think. This isn’t just an issue about technology developing faster than we can keep up with; it’s about companies taking information that is so readily supplied and using it to manipulate the consumer. Based on circulating data, the internet creates a narrative for the way you live your life. It already knows what you probably want, how you’ll probably like it, and what friends you don’t already have but should probably have. If we don’t take control of the technologies that we deem necessary and begin to limit what we divulge about ourselves on the internet, we will become old models, so predictable and lifeless that the internet will, in turn, control us.

According to the Washington Post, since 2007, Apple has sold 85 million iPhones in the US alone and 34 million iPads since 2010. As of 2012, Facebook became a member of the 1 billion users club. Twitter is catching up at 500+ million, LinkedIn has 225+ million, Tumblr is climbing high at 110+million users and, prior to it’s recent purchase by Facebook, Instagram was over 100 million users. These social media outlets provide great tools for keeping in touch, getting real time news updates, digging for gossip, and procrastinating. However, their goals reach beyond communication and entertainment. In “ Managing Information Strategically” (1993), James McGee and Laurence Prusak outlined the idea of the information marketplace and argued that information is an instrument of power, that can be traded, and sold. The information shared via cell phone and online is used for marketing material, documentation for third party spammers, it is subject to surveillance out of your control and falls under government jurisdiction.

During the first few months of 2013, Facebook admitted to sharing the personal information of 39,000 individual accounts with 72 national governments. The United States alone submitted 12,000 individual requests to Facebook inquiring about over 21,000 separate accounts. Watchdog.com, a new journalism website focused on promoting a vibrant, well-informed electorate and a more transparent government, also stated that The United States government had the most requests for information, more than all other national governments in the entire world, combined.

In addition to consciously selling your information, websites sometimes simply give it away. And at times, by accident. SocialTimes.com stated that this past summer, 6 million Facebook users’ contact information was “inadvertently downloaded by other Facebook users who had some connection to them.” And, just last month, a new update to iOS7 provided any amateur hacker who is bored, has thumbs and is near an iPhone the opportunity to hijack someone else’s photos, personal emails, and social media applications. This month, Yahoo! News wrote, “Despite the fact that it has only been available to the public since September 18, Apple has already pushed out one update to its latest operating system in record time to address a vulnerability that, if left unchecked, would have given hackers access to a handset’s contents, regardless of whether a passcode had been activated.” 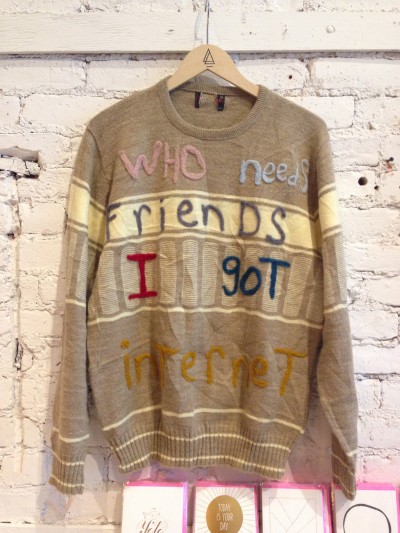 After the information is sold and shared, particular companies turn to third party businesses to create targeted ads. Targeted ads categorize individuals based on their socio-economic demographic, purchasing history, psychographic, behavioral attributes and largely what the users have already chosen to share. Opt-in sites, like Facebook, collect information and compiles it with other users who share similar interests. The Internet targets consumers by tracking all online and mobile activity. Every detail documented creates a map. It records all sites visited, a description of products searched, viewed, how long the experience lasted, and how much it cost. That information is used to create a unique snowflake algorithm based on the individual consumer’s experience to tailor their next online visit with advertisements and product placement.

A few years ago, I was shopping on the internet for a pair of jeans. I did not have anything in mind, so I spent an afternoon window-shopping on eBay. I ended up not purchasing anything that day and concluded my research. Weeks later, while sending a few emails, I saw an ad pop up on the side of my Gmail account that was advertising a sale on Seven Jeans. I clicked the link and was directed to the website where I purchased a new pair of a dark denim wash. This was the first targeted ad, of many, that I ever succumbed to, or at least the first I acknowledged to myself. I promised I wouldn’t let it happen again. I would not give in to these consumer shackles and I refused to become another pawn in this economic battleground.

Months later, while arguing with my long distance boyfriend over the Internet in the middle of the night, I noticed that my Gmail account was trying to tell me something. Targeted ads surrounded my webpage. At the top of my web browser, a running ad read: “Thinking about breaking up? Join eHarmony.” Initially, I had no intention of ever joining eHarmony or even considering it as an option, but then Google placed the idea in the immediate forefront of my mind. I began questioning everything about my mate, our time together, and whether or not playing the field might be a good option. Then I realized what was happening and how out of my control everything was.

The good: I didn’t even have to step out of my house, or even leave my room, to see other options in terms of jeans, or boyfriends. The not so good: When the jeans arrived at my doorstep, I couldn’t help but wonder if they were mine because I actually wanted them, or because the internet had made me want them. I was targeted by advertisements in both scenarios based on information gathered from my online activity.

Digital communication is a poor substitute for the real thing. Since the dawning of the internet, the tool has continued to mold its maker into a new evolution of the human being. We have become predictable, immobile, it has trained us to devalue human interaction. It has changed how we consume products, how we look for information, even how we speak to each other in person. Everything that is typed or searched for has been recorded in order to compile information about users, and present them with advertisement tailored to their personal — and private — activities. Sure, we can grow and evolve with technology, but there are limits. If we don’t begin to establish boundaries then we will become an extinct species overrun by technology. It is important for people today to move beyond their obsession with the distraction. We need to get back to having conversations and reclaim our voices. Only by acknowledging that the information that we’re sharing so openly on the internet, is being recorded and used against us, can we begin to be more mindful and start to regain control over technology. Now, just for a second, turn off the texting, tweeting, Facebook messaging, Vine-ing, Instagramming, Kineckting, linking, Tumbling– whatever, and attempt to “connect” without the tools. 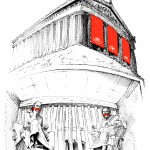 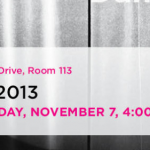