A typeface becomes a meditation.

I recently revisited “Helvetica,” the 2007 independent documentary all about the workhorse typeface. As the film so brilliantly shows, Helvetica has it all. People love it and people hate it. It can be beautiful, simple, bland, intellectual, utilitarian, egalitarian, dull or even oppressive, depending on where you look. It could be a deliberate, conscious choice or a total cop out. 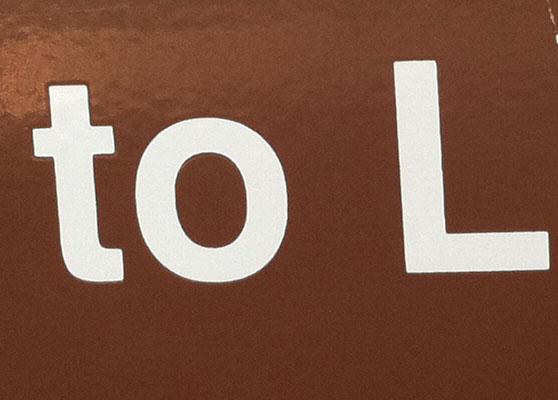 Photo by the author.

No matter what, it is undeniably here to stay and will pop up in interesting ways in any urban landscape. I’m with the “Helvetica forever” camp. I find that the typeface has a charming balance of ubiquity and playfulness, and it still thrills me to no end that I see it daily by living in Chicago, where it is everywhere. I’ve even recently participated in utilizing the hashtag #helveticahunting on my social networks. The results are admittedly hyperstylized, but it’s a thrill to see what people are finding all over the world.

Since the typeface’s 50th anniversary in 2007, if not earlier, it seems to have found its way back into the collective eye. Especially with the explosion of sites like Etsy, where independent crafters and makers take production into their own hands and to the masses, everyone can enjoy a little slice of typography appreciation and let the world know it. I admit that I participate in this fad. I have a white t-shirt that just says “Helvetica” in Helvetica (it’s gotten reactions that range from eye rolls to pick up lines). I also carry a tote bag that immediately pins me as both a language nerd and a Helvetica fan. It reads:

Jessica Barrett Sattell is a MA candidate in New Arts Journalism at SAIC. She likes to dance on the platform to the CTA Brown Line.