A Lie from Start to Finish: Interview with Photographer Jack Spencer

“Steichen said that a photograph is a lie from start to finish. I honestly believe that” 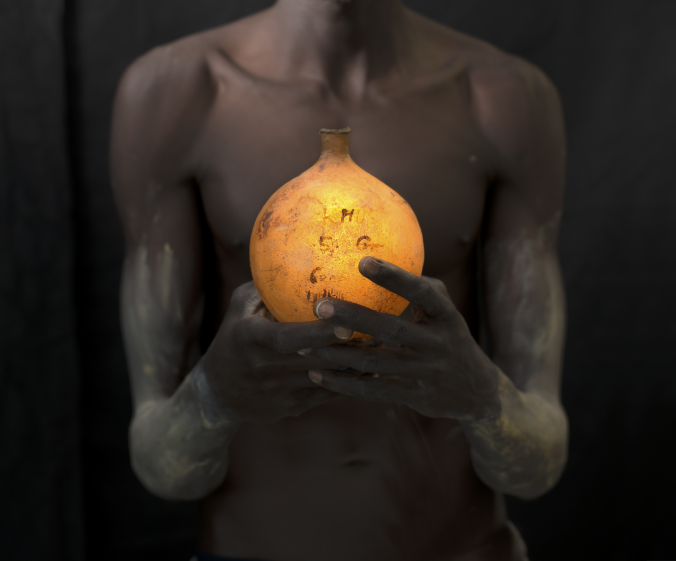 Nashville-based photographer Jack Spencer is known for the way in which he alters the surfaces of his photographs with techniques reminiscent of painting, subverting the sense of veracity so often sought from the medium. The resulting works transport the viewer just beyond the realm of reality into a surreal world where subjectivity reigns. In the wake of his first major museum monographic exhibition at the Frist Center for the Visual Arts in Nashville, Tennessee, F Newsmagazine sat down with the artist to discuss his experience with curators, the problem with being a Southern photographer and the unveiling of his latest series.

Maggie Carrigan: I know that you worked really closely with Frist Center Chief Curator Mark Scala to select the works in the show. How did you guys approach a task that large? Had you ever worked as closely with a curator before?

Jack Spencer: Well, I’ve worked with curators before, but none like Mark. He’s a gentleman, first of all. He didn’t make it a show about Mark — with a lot of curators, a show is about how smart they are. We started going through over 900 images together about three years ago, and Mark made his selections. We butted heads a little bit, but if I had a particular point I wanted to make or image that I really wanted to show, he would listen to me, evaluate, and tell me why he thought I was right or why he thought I was wrong. He would always listen, and that’s really important in a curator. It’s not the show I would have curated. It wouldn’t be nearly as successful if I had curated it. Mark had a vision for the show that he thought was appropriate, and you just kind of have to trust him. And I did.

MC: You’ve mentioned before that you’ve been influenced from both pictorialist and photo realist photographers. How do these two approaches merge in your work?

JS: I started out inspired by the usual suspects — Ansel Adams, Edward Weston, Henri Cartier-Bresson — but Edward Steichen was one of my big influences. Steichen was a pure pictorialist; he thought that an image should look good on a wall, that it should have some painterly qualities. I really liked this idea since I started out as a painter, and I still paint. But I was also influenced a lot by Robert Frank; to me he is the greatest photographer that ever lived. I had this idea of combining pictorialism with documentary images. My first monographic show, “Native Soil,” was a product of this idea.

I never liked having the camera do all my work for me. I never liked just pushing a button and saying, “there, I’m done.” I would try all kind of weird things in the darkroom; it’s a wonder I didn’t blow myself up. I wanted to create a mood, something unique, something my voice could be heard in.

MC: With the “Native Soil” series, which features subjects of the Deep South, you gained a reputation as a “Southern” photographer, an appellation you were not pleased with, correct?

JS: Yes, unfortunately it did. I don’t really like labels of any kind. It puts you in a box and its hard to get out of that box. I have friends that are still in boxes 30 years into their career. I wanted to switch gears after I finished “Native Soil,” I had said all I wanted to say about that subject. So I went to Mexico and I started photographing there, creating my “Apariciones” series, which had nothing to do with the American South. It was a major learning lesson for me: you should never pay attention to what your audience wants of you. It’s not what you’re supposed to do as an artist.

MC: So you said that after you finished “Native Soil,” you were done with it. You just didn’t want to produce that kind of work anymore. Is this true of all of your series, of how you approach your work in general?

JS: I can’t revisit things. I have some kind of internal mechanism that prevents it. Whenever I go back, I just can’t see “it” anymore. I tried to keep photographing “Native Soil” but it just wasn’t interesting to me, I didn’t see anything. I came up blank. The same thing happened with “Apariciones.” You find out what you’re looking for when you’re shooting a body of work that interests you. Once you’ve found what you’re looking for, why keep searching? You have to know when to stop. Most people don’t know when to stop.

MC: The “Mythologies” series in “Beyond the Surface” — which hadn’t been shown publically prior to this exhibition— features strangely, stunningly painted nudes. But why did you choose to paint them?

JS: I wanted the figures to be kind of primal and distinct, separated from the rest of humanity. The whole idea of mythology is that there are beings and creatures that didn’t exist before and don’t exist now, they only existed for that brief second. And they won’t exist again.

Also, it separates the subject out from being a straight nude. I didn’t want the images to be about sex. It’s too easy to view a nude as sexual, but it’s very difficult to separate the two ideas. I don’t want somebody looking at my photographs and getting all hot and bothered. Its a conversation you have to have with the model, too: don’t pout, don’t try to be sexy.

MC: If it’s not about sex, what is it about?

JS: Well, it’s about creating something unique, something that didn’t exist before. It’s not documentarian, of course. The creative process behind it is very close to painting for me. You don’t just tell a model to go stand in that corner, stick out her tits and say cheese to see what comes of it. It’s a thoughtful process.

MC: From what I understand, you don’t particularly like imbuing your images with meaning. This is something you like to leave open to the viewer.

JS: Yes. I think art has to offer some ambiguity. It has to ask more questions than it answers. If I make a photograph and I go and tell everybody exactly how I did it and what my intention was, it’s like a magician telling you how to do a trick. You don’t need to know that.

Steichen once said that a photograph is a lie from start to finish. And I honestly believe that because if I took a picture of you right now, it might be a nice picture of you, but it won’t tell about the lovely pots behind you, or the sound of the train going by, or the particular mood of this conversation. There would be all of these other elements that are missing. But there’s no way to capture all of it, I can only capture a small piece of it, a brief stitch in time.

“Jack Spencer: Beyond the Surface” is on view at the Frist Center for the Visual Arts through Oct. 13, 2013.

Jack Spencer is represented by Catherine Edelman Gallery in Chicago.
Full Disclosure: Maggie Carrigan worked at the Frist Center for the Visual Arts at the time of this exhibition’s opening. 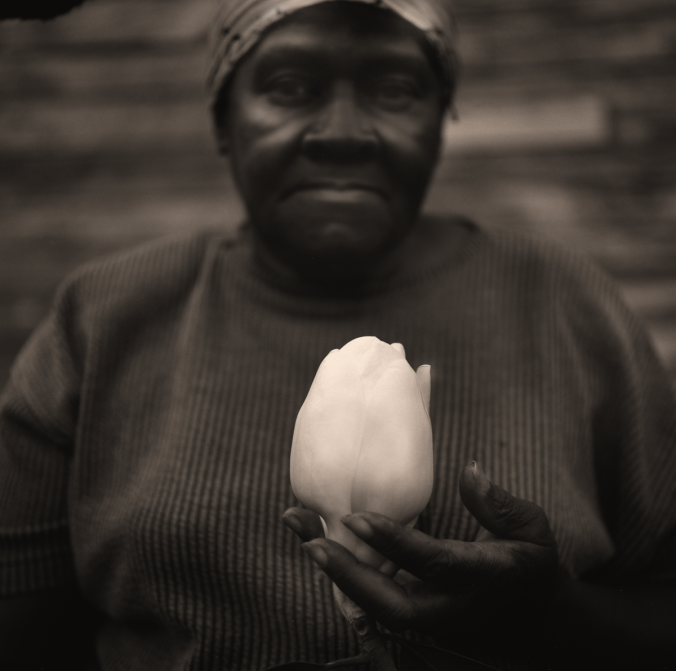 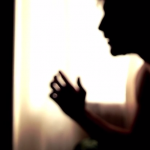