It seems obvious that dressing a white actor as another race is a highly-contested, probably racist act.

In our hyper-politically correct milieu you’d think Hollywood would never again partake in the old time habit of dressing white actors in costumes and face paint to play non-caucasian roles. It happened in “the old days” when everyone was racist as shit. See minstrel shows, vaudeville and some atrocious early motion pictures. Lucky for everyone, for some time now blackface has been anathema in entertainment productions. “Yellowface” as personified by Mickey Rooney’s performance in “Breakfast at Tiffany’s” has also been mocked and derided for extreme racial insensitivity. If you’re not familiar, this clip makes it quite clear:

When a New York City community group tried to organize a public viewing of “Breakfast at Tiffany’s,” it was protested for its racist content. Complex Magazine rated it the second most racist Hollywood movie ever (behind only “Birth of a Nation”).

At this point, it seems pretty obvious that dressing a white actor as another race in a film is a highly-contested, probably racist act. And yet on July 3, Disney is releasing their latest blockbuster film, “Lone Ranger,” co-starring Johnny Depp as Tonto.

That is, co-starring Johnny Depp in “redface” as a Native American character.

My mind reels at the implication. Go back to my first point about “Django” starring Bruce Willis in black face. Never would happen. The production would never get off the ground. And yet the masterminds at Disney (produced by Jerry Bruckheimer, of racist Transformers fame) have gone ahead with essentially the same thing.

In a certain sense this should come as no surprise. Disney has been leading the field in overt and subversive racism since back in the day. This scene from “Dumbo” isn’t sensitive to the racial issues at play:

Not to mention the now buried “Song of the South,” whose overt stereotyping and racism has made it difficult to track down. But here’s a primer for anyone who didn’t see the film before Disney wised up and began burying prints and limiting releases.

The root of the issue is, why exactly is it racist for an actor to wear face paint and play another race? Should an actor be limited to only playing characters of their direct racial background?

It’s a more complicated question than it may at first seem. And I would propose that no, it isn’t inherently racist to play someone of another race. But it is a VERY dangerous minefield to navigate, and this Disney production is tromping across trip wires left and right.

Here are some reasons why this depiction of Tonto is probably racist:

Instead, Disney chooses the very well-known (decidedly NOT Native American) Johnny Depp to play the biggest role for Native Americans in a long time. Which leads us to…

2. Caricature is racism: While it is terrible that a Native American actor didn’t get this opportunity, the more insidious crime is the cultural flattening that almost certainly accompanies Depp’s portrayal of Tonto. Having an actor play a “historically accurate” Sitting Bull in a film about Custer’s Last Stand, in accurate period costume and tone and diction of speech, is one thing. To invent an “Indian” with a costume designer’s idea of what Native Americans looked like, and then have a white actor affect stilted pidgin English for effect, is downright racist. It’s a question of shrinking thousands of years of history and the social structures and habits of countless individual tribes spread across the Americas into one false caricature with no historical or current cultural foundation. To that point, the Tonto costume was inspired by a white man’s depiction of a Native American in a painting, with no tribal affiliation or attempt at accurate representation.

Adding insult to injury is the film’s release date, on July 3, taking advantage of the big Fourth of July movie weekend. Disney is apparently counting on millions of Americans — wallets swollen with cash and hearts full of nationalist pride — to line up in droves to see a white man play a Native American. The U.S. government has a long history of oppressing people of color, but you’d be hard-pressed to identify a group more mistreated than Native Americans (close to a toss-up between slavery and systematic genocide). Releasing a movie that misrepresents Native Americans on the same weekend we celebrate a country that did its best to exterminate that people seems deviously insensitive.

All of this is said without having seen the movie, of course. There is a (slight) chance that Depp will faithfully represent Native Americans and, in his words “take some of the ugliness thrown on the Native Americans, not only in The Lone Ranger, but the way Indians were treated throughout history of cinema, and turn it on its head.” Disney has already prepared for the inevitable backlash by making Depp an honorary Comanche (apparently?) and also courting blessings from various Native American groups, no doubt with bags of money in their hands.

What Disney hasn’t done is put a gag-order on Depp or bother giving him any cultural sensitivity training. In an interview he referred to his supposed 1/16th Native American ancestry: “I guess I have some Native American somewhere down the line. My great grandmother was quite a bit of Native American, she grew up Cherokee or maybe Creek Indian,” and followed that up with a resounding salvo that pretty well sums up the cultural sensitivity of this production. Of his heritage, Depp remarked, “Basically that means it’s likely that, somewhere along the line, you were a product of rape.” 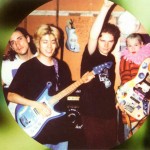 Line Up Changes: Good and Bad