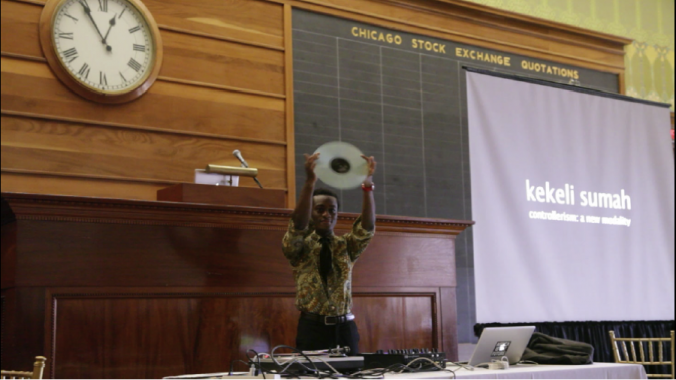 Most of us can relate to the experience of facing the assumption that if we go to art school it means we’re not academic, or that our experience as a student won’t be an academic one. This assumption goes further than a potential misunderstanding of SAIC’s curriculum, but that having a studio practice is in itself a completely separate or oppositional endeavor to an academic practice. SAIC’s curriculum challenges many conventional attitudes about a studio practice, in part, because of it’s claim for an interdisciplinary structure. Students learn right away, starting in the first year Contemporary Practices program that artists are not only painters working in a studio. Conventional or traditional ideas about what an artist can be often ignore the fact that those who consider themselves artists don’t only produce objects for display, but can also be curators, writers, organizers, performers and teachers. Acknowledging the hybrid practice of artists can be a way of changing or informing how we think about other types of making. The Visual and Critical Studies department can be an exciting space to see how this blending of artistic practices can operate. While it houses many students engaging in research and writing based practices, it’s objectives as a department within SAIC are much broader. At the end of the spring semester I attended the undergraduate symposium for Visual and Critical Studies/Liberal Arts, where I learned more about how these academic departments function within the school.

The symposium was held April 20th in the Stock Exchange Room in the Art Institute of Chicago. Students graduating with a BA in VCS, a dual degree in VCS and studio, or BFA students who opted to write a thesis, presented their final projects. It certainly felt like a different experience than the BFA show, even though most of the presenters participated in both. Two large screens displaying the student’s PowerPoint presentations flanked an elevated podium where each presenter addressed the audience of between, depending on the hour, 50-100 attendees. While in many ways formal, it still felt different than traditional academic symposiums more common at other universities. Some of the students veered away from an academic presentation. Kekeli Sumah, for example, performed a DJ set to a prerecorded audio track of his presentation. Eric Davis used the 10 minute time slot to read the contents of a gossip magazine, and Hiba Ali performed a script with two other performers. 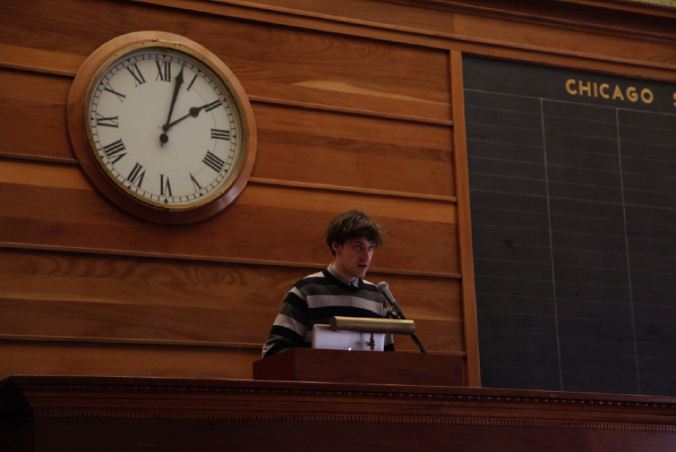 The kind of research that went into each paper was also broad. Quinn Keaveney presented a left-handed typeface he designed, which involved varied research but resulted in an artistic product in addition to a written paper. Yet other students were more academic and traditional in their topics and delivery. Blake Daniels spoke about binary categorization of identity in the Caribbean, and Elliott Mickleburgh who spoke about Metamodernism.

In an interview, VCS advisor Terry Kapsalis resisted the categorization or opposition of academic versus artistic. She quoted VCS professor Joseph Grigely to say that VCS is not a discipline, it’s a practice. She said many of the students view their research or writing practice the same as they do their artistic making practice, and that VCS can act as a “hub of interdisciplinary activity” where students’ multiple practices, such as curating, artistic production, organizing and writing overlap.

SAIC may not be academic in the traditional sense, however, students of the school are a testament to the range of ways artists and academics can produce work and engage. For art students at SAIC who are learning to be critical thinkers and producers of all kinds, the opposition between artistic/academic should feel misguided our outdated. The symposium acted for me, instead, as a reminder that my conceptions and expectations for both can stretch without losing the quality of either. 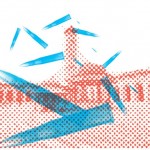 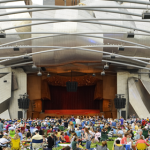