Chilean Film About Pinochet-Era Referendum Captures Past as Present. 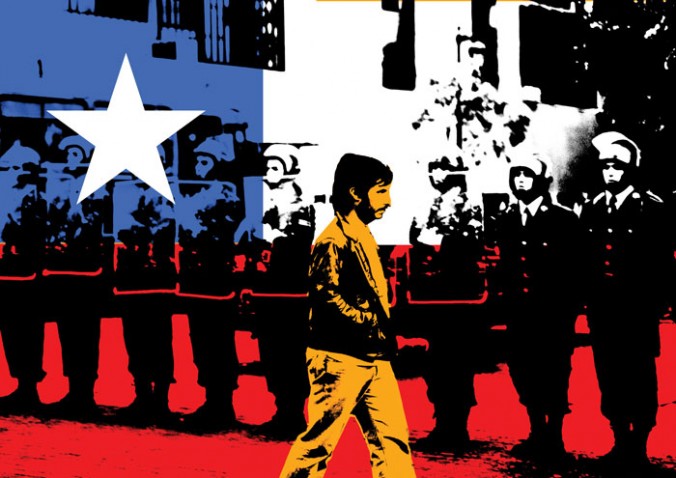 Relegated to live in the shadow of Haneke was Pablo Larraín’s “No,” Chile’s first best foreign film contender in Academy Award history. Starring the well-known and beloved Mexican actor Gael García Bernal, “No” is the third film in what the 36-year-old Larraín has called an “unintentional trilogy” of films set during the years of the Pinochet dictatorship in Chile.

Larraín is one of the most recognized directors in the international film circuit. He first gained international recognition with Tony Manero (2008), a compelling film about a serial killer obsessed with the character of John Travolta in “Saturday Night Fever.” Next came “Post Mortem” (2010), about a man working at a morgue when Salvador Allende dies and a violent dictatorship begins. Both films focus on highly troubled male characters at a time when human lives were disposable and atrocities were commonplace in Chile.

“No” tells a completely different story — it focuses on the 1988 plebiscite in which Chileans had to vote whether or not they wanted Pinochet to remain in power. The film premiered at Cannes’ Directors Fortnight section in 2012 and won the Art Cinema Award. It is being distributed in the U.S. by Sony Pictures Classic, which means it’s probably going to make it to more screens in the U.S. than the average South American film.

“No” acts as a closer for Larraín’s exploration of the Pinochet years, looking directly to the future and how the bloodstained right-wing dictatorship has formed modern-day Chile. García Bernal plays René Saavedra, an ad man in Santiago working on spots for products such as a soda called “Free,” a microwave, and an outrageous campaign for a soap opera that includes an actor offering women some flowers from a helicopter. We understand Saavedra has been in exile — he’s the son of a leftist Chilean whose name everyone recognizes. He has a young son and we see his on-and-off again girlfriend take several beatings from military officers because of her involvement in anti-government demonstrations.

The leader of the group running the “No” campaign, José Tomás Urrutia (Luis Gnecco), taps Saavedra to craft the television spots for the allotted fifteen minutes a night the government has granted to both political groups. Saavedra has made good money as an ad man and nobody in the left-leaning group seems particularly fond of him. Although he’s been personally affected by the Pinochet regime, Saavedra is comfortable working in the prototypical capitalist industry. Nevertheless, he takes on the challenge and becomes the creative director of the anti-Pinochet campaign.

Larraín loosely based his film on Antonio Skármeta’s play “El Plebiscito” (The Referendum), but he does follow the “No” campaign that was crafted in Chile to a tee, including the catchy jingle. He’s constantly moving between archival footage and his own, so much so that he shot the whole film in an obsolete U-matic video camera so the shift between the footage was as seamless as possible. The film is grainy and saturated by light at times — it’s as if you’re watching the whole thing on a BETA tape. Like the assortment of American directors this year who came under attack for playing with historical material to make it fit a narrative, so has Larraín come under fire in Chile for making a movie that places so much emphasis on an advertising campaign and not on the people who actually made it a success.

Nevertheless, Larraín makes it a point to depict the production of the campaign on both sides of the plebiscite. The “Sí” campaign is run by an older cohort that includes generals looking out for the best interests of Pinochet. They rationalize very clearly how they should sell a longer Pinochet administration to the Chilean public. “My Argentine friends have told me they wish they had a Pinochet,” says one of the “Sí” campaign members. The country has moved forward, it has modernized. “This doesn’t seem like Latin America,” he points out. They agree they are going for the votes of the elegant, blue-eyed women wearing pearls.

Also in the “Sí” campaign is Saavedra’s boss at the ad agency Lucho Guzmán (Alfredo Castro). He starts as a casual member of the group, but as Saavedra’s campaign starts to gain traction, Guzmán gets competitive and eventually prefers to direct the “Si” campaign himself. He’s a stern character who knows Saavedra very well. He tries to keep politics and work aside, but there’s a jealousy that becomes evident when he realizes Saavedra is crafting the smarter campaign. He casually threatens Saavedra with coming after his son.

Unlike his two previous, darker films, there’s more room for humor in “No,” and García Bernal is successful at bringing both intensity and lightheartedness to his role. Saavedra crafts a colorful and bubbly campaign; the initial drafts of the logo include apples and smiley faces, but he ultimately settles for a rainbow foregrounded by the word “NO.” His more radical teammates — older Chileans with family members who have disappeared and younger idealists — initially mock his approach. As Saavedra conducts the women singing the jingle for the campaign, he suggests they think of the “We are the World” video. The idea gets immediately shut down.

But what grounds the film and ultimately makes it so compelling is how tied to the present the historical events depicted are. The result of the plebiscite is not a surprise — the “No” campaign wins. But the Chile of 1988 is already comfortably capitalist, with no desire to shift direction. In the fictional character of Saavedra, Larraín posits how intricately tied together both sides of the political spectrum are. When his girlfriend is thrown in jail, he seeks the help of his boss, who is essentially working for Pinochet. Once the plebiscite is over, he will go right back to working for him on his flashy ad campaigns.

Ultimately, Saavedra sees no joy in celebrating the triumph of the “No” campaign. He walks through the festive crowds unmoved, looking bereft, as if he can see into the future.

Up until 2010, Chile would be governed by politicians from the left who had come together for the “No” campaign, but the allure of neoliberal policies put in place by Pinochet trumped desires for any significant social reforms. Maybe Saavedra can even see that in 2010, one of the wealthiest men in Chile would be taking office, and that money and modernity would continue to be valued above everything else. Pinochet will be gone, yes, but his bloodstained, capitalist foundation would remain triumphant. 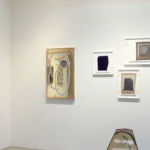 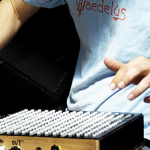