A few anonymous success stories, however, have been posted on the page. ”It melts my heart,” says Admin. “I love that people are actually finding each other, and love (or lust and sexy times) are blossoming from this page.” BFA freshman Rebecca Blau cites a close friend whose SAIC Secret Admirers encounter sparked romance. Upon hearing through the grapevine who had posted an admiration, “She texted him,” divulges Blau, “and they hang out now.”

By Sierra Nicole Rhoden May 3, 2013 Uncategorized 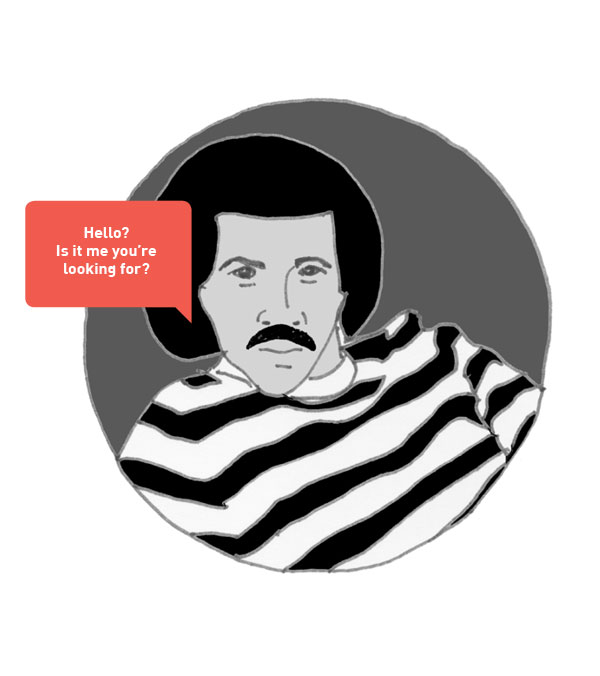 Twirl that handlebar moustache, squeeze into your favorite pair of rump-hugging skinnies, strut your stuff around SAIC’s campus and prepare to be admired. You’re bound to be briefly hoisted into the social media spotlight on SAIC Secret Admirers, the flourishing art-school-meets-missed-connections Facebook page.

SAIC Secret Admirers was begun by an anonymous SAIC student on March 27 with a simple yet visionary wall post: “Messages will be posted soon, you lovesick artists.” It now has 1,639 followers from both within and outside the SAIC community. All are encouraged to use an anonymous online form to submit confessions of love, lust and longing to the admin to be posted on the page wall.

Some posts amuse with their hipster subtexts, addressed to “Girl with dicks drawn all over her blue bag,” “Boy with the unicorn tattoo,” or the “girls in my Wednesday existentialism class.”

Others divulge more serious sentiments, like this heartwrenching confession:
“I tried to turn cold. I tried to act as you do. But I can’t. I like you, but life means so much more to me than alcohol, sex, and drugs. I can’t watch you reach for another girl either.
— Ignorant little girl.”

“The page is now transforming into my own little experiment,” says the amiable creator and administrator of SAIC Secret Admirers (called Admin) in an anonymous email interview with F Newsmagazine.

Admin had seen a few secret admirer pages that were specific to certain universities and was curious how such submissions would differ in an art school setting. “There are a lot more posts between same sex couples,” observes Admin, “and the submissions are so creative and funky. … I have also been really surprised with how many people submit posts stating that they are in relationships, yet they secretly admire another person.”

When SAIC Secret Admirers was first created, every confession was posted. “As time went on, explains Admin, “I decided to only post submissions that did not include a specific first and last name to protect the identity of others. There were also submissions targeting others in hurtful ways, so I posted on the info page that hate would not be tolerated.” When the stream of submissions grew to a flood, Admin adopted a tighter filter, selecting more detailed and creative posts over vague admirations that could apply to anyone.

Assisting SAIC Secret Admirers’ lovesick participants requires constant attention and nurturing. “The only time I am not trying to update is when I’m really busy in class, work or sleeping,” says Admin. “Thanks to my lovely iPhone, I can do it when I’m out in public too. … Knowing that this page is helping others or even just entertaining others motivates me to keep up with it.”

Admin expresses amusement about overheard complaints, often from former Secret Admirers addicts who are “over the stupid page” — “Honestly, if they are able to see that this page is constantly being updated, they are online clicking around as much as I am!” Still, haters gonna hate, and on April 1 another unnamed Facebook user created the anonymous vent forum SAIC Dirty Deeds Confessions. But so far, Dirty Deeds has only 150 likes, proving SAIC’s preference for romance over rants.

Nina Palomba, a senior BFA student with an emphasis in illustration and cartooning, has found herself on the receiving end of SAIC secret admirations four times. Palomba is already in a serious relationship — “I’m in love with who I’m with,” she says — so she hasn’t taken steps to solve the mystery of her distant devotees. Confronted with everything from light-hearted pizza offers to “heavy shit” like propositions for a very first lesbian experience, Palomba has responded the best way she knows how: by posting comic strips addressing her admirers.*

Berke Yazicioglu, a Visual Communications Design BFA sophomore, has also been the object of affection multiple times on the page. A Neiman Center assistant, he nonchalantly attributes these admirations to his constant presence at the center’s help desk.

Yazicioglu’s theory is solid. Palomba also spends much of her time in the Neiman Center for her job in student government, and lately she has even observed a surge in student wanderers. “After the page blew up, I noticed more people in the Neiman Center than I’d ever seen before,” says Palomba. “I think kids are trying to get noticed. It’s really weird.”

Can anonymous online admiration really lead to real-life romance? Yazicioglu, for one, isn’t interested in pursuing someone who can only spout sonnets from afar. “It seems like they wouldn’t be my type of people, [because of] the insecurity they seem to have,” he says of his online admirers. “I’m more attracted to confidence. … I don’t know anyone who’s had a successful hookup on it.”

A few anonymous success stories, however, have been posted on the page. ”[It] melts my heart,” says Admin. “I love that people are actually finding each other, and love (or lust and sexy times) are blossoming from this page.” BFA freshman Rebecca Blau cites a close friend whose SAIC Secret Admirers encounter sparked romance. Upon hearing through the grapevine who had posted an admiration, “She texted him,” divulges Blau, “and they hang out now.”

Some students may find the page’s tongue-in-cheek content makes it difficult to distinguish true yearning from mischief. Many posts are a bit of both. “The ones that are more sentimental I take seriously, but the ones that are like, ‘I’m gonna eat your butt,’ I don’t really think that they’re serious,” says Blau.

Blau is, of course, referring to the phrase “eat dat butt,” a beloved meme among the SAIC Secret Admirers community appearing in increasingly creative forms, including haiku, since first surfacing in this gem of a post:

The true definition of “eat dat butt” is to be determined. “Dude, I don’t even know! ‘I just wanna, like, get up on that? I’m gonna devour it?,’” speculates Blau. “Rim jobs!” says Yazicioglu, sitting nearby. Blau promptly disagrees: “I don’t think there’s that many people in the school who’d wanna do a rim job.”

Palomba suggests a darker reading — “It was really weird because I watched this VICE documentary on a guy who was a cannibal, and he was talking about legitimately eating that butt. So my initial interpretation was like, ‘That’s kinda fucked up!’”

“I guess all us SAIC kids just have a major infatuation with butts,” sums up Admin.

Yet among the butt fixations and lusty proclamations float BFF praises, good-natured snark and heartfelt graduation goodbyes. The online lovefest, besides blindly shooting Cupid’s arrows, has, perhaps most importantly, shifted perceptions among SAIC students about each other. “Thank you so much for creating this page,” reads one post to the admin. “It has allowed me to see that not everyone at this school is a pretentious asshole, and that most of the people who don’t come up to talk to me (even after we’ve met) are not doing it because they are bitter or rude, but a lot of SAIC students are apparently shy!”

At its core SAIC Secret Admirers fulfills a simple but welcome purpose — to embrace even the most introverted students in a big, warm group hug. “I’m admiring the whole school now after reading all of these awesome submissions,” says Admin. “Ya’ll are so cute.” 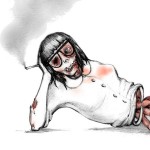