What About Those Post-graduation Paychecks?

Findings highlight the importance of exploring long-term employment strategies rather than expecting the perfect profession to fall into place immediately after graduation. This is where The Co-op and Career Center aims to assist students and alumni. “The market isn’t as reliable as it is in sciences and technologies, it is much more dynamic,” Schutta emphasized. “That’s why it requires making relationships and becoming involved in professional organizations or professional networks while one is a student here.” 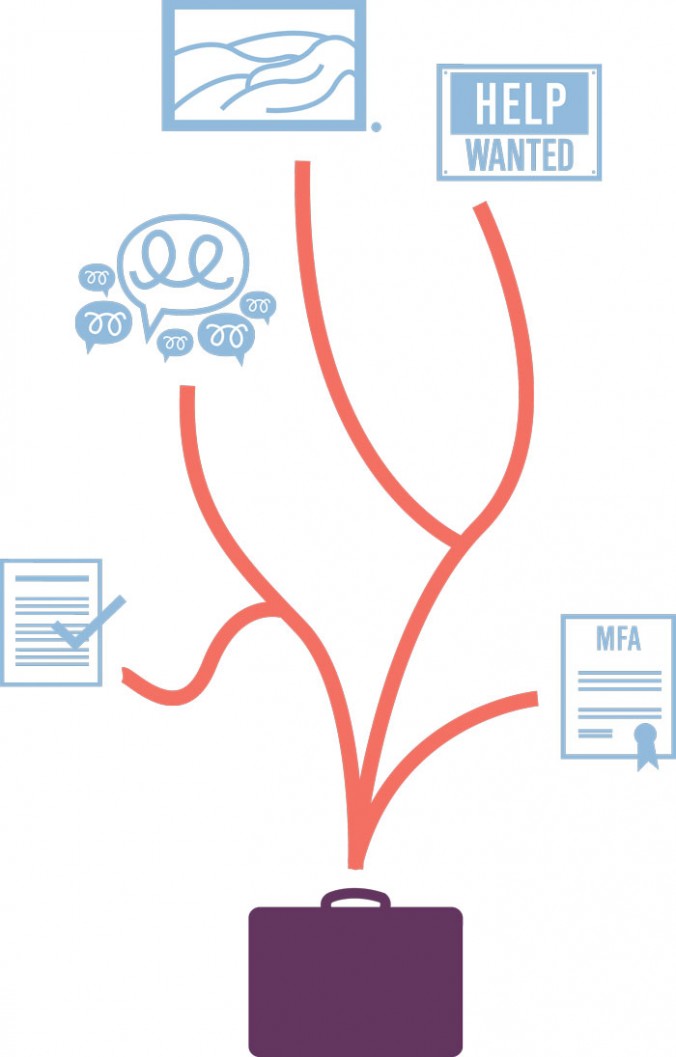 Graduation is quickly approaching and the only thing on graduating students’ minds, besides completing their thesis or studio work, is what’s next?

In February, the U.S. Labor Department issued an encouraging jobs report. It highlighted that 236,000 new jobs had been created in the U.S., far more than many economists’ predictions. Also, the unemployment rate fell from January’s 7.9 percent to 7.7 percent, the lowest level since December 2008.

Yet, especially in art-related fields, there is still tough competition for scarce work. “There aren’t jobs everywhere, and you’re competing with people who lost their middle income salaries and are now bagging groceries at Trader Joe’s,” Kate Schutta, Assistant Dean of Student Affairs and Co-director of the Career + Co-op Center (The Center), explained. F Newsmagazine met with Schutta and Vicki Engonopoulos, Co-director, Career + Co-op Center, to talk about the job market in this unstable economy and what The Center can do for students, even if they haven’t taken advantage of available services before this point.

“The job market is changing so quickly and it is so dynamic,” Schutta said. “ten to 15 years ago there was always some way to hustle and make money and get by to make your own work; it is a very different situation now. You have to be much more strategic to be competitive.”

“Artists are harbingers of the new, contingent economy,” according to the 2011 article “Let’s Get Serious About Cultivating Creativity,” published in the Chronicle for Higher Education. “Piecing together multiple jobs, working across sectors, starting new enterprises, and embedding themselves in dense creative networks.” While, on one hand, this may sound liberating, insecurity and hazard are the bedfellows of contingency.

A survey conducted by Strategic National Arts Alumni Project (SNAAP), called “Painting with Broader Strokes,” found that 57% of professional artists hold two jobs, and 18% have three or more jobs. The site notes, “There is no strong current to carry [graduates] down the river of employment; rather, they must hop from stone-to-stone as they create a non-linear career path.” Hopping from stone to stone may involve slipping, and if high amounts of student debt are a factor, that can be a deep river to wade through.

Alumni survey results for the SAIC graduating class of 2011, conducted in February of 2012, offer a picture of how recent SAIC graduates are navigating these issues. According to the results released by The Center, 75% of SAIC undergraduate alumni reported that they were employed, 70% in arts-related jobs. The graduate alumni reported higher numbers with 82% employment and 74% in arts-related jobs. The participation numbers for the surveys were at 22% for undergrads and 33% for graduate students.

SAIC also participated in a 2011 national survey of arts-related graduates by SNAAP. The school’s results were not provided to F Newsmagazine, but comprehensive national survey results are available online. Out of the 33,801 respondents from across the U.S., 67% responded that they hold jobs within the arts, while 46% say that their jobs are not art related. The average institutional response rate for SNAAP was reported at more than 20%. The seemingly good news is that only between four and five percent of respondents reported being unemployed and looking for work. However, the survey wasn’t limited to recent grads. In fact, only 21% of selected respondents graduated after 2006.

Findings highlight the importance of exploring long-term employment strategies rather than expecting the perfect profession to fall into place immediately after graduation. This is where The Co-op and Career Center aims to assist students and alumni.  “The market isn’t as reliable as it is in sciences and technologies, it is much more dynamic,” Schutta emphasized. “That’s why it requires making relationships and becoming involved in professional organizations or professional networks while one is a student here.”

For those students who are still at the beginning stages of their academic careers at SAIC, The Center emphasized the importance of developing a relationship with them early on. “The one-on-one advising is key,” Schutta noted. “There is not one strategy that is going to work for every student.”

The Center also offers frequent workshops that are open to all students and alumni.  Once their new website is complete, videos of the workshops will be available online to accommodate alumni and students’ busy schedules. It is currently possible to schedule one-on-one appointments through the website at any time, and walk-in times are also available. The Center sends out emails every two weeks about news and upcoming events. They also have an active twitter account on which they post new job opportunities. Additionally, a schedule of their workshops is available on their website.

The Center will gladly work with students who are graduating but still haven’t been in to see them. “It’s never too late,” said Schutta. “We’re here all summer and through next year and even if you are back home we’ll work with you. Just make a phone appointment and connect with us… you’re not out there on your own.”

SAIC, the Career and Co-op Center 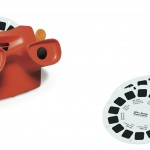 The West and “The Rest” 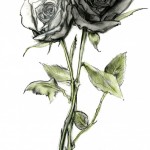