The art (and icon) of Beyoncé. 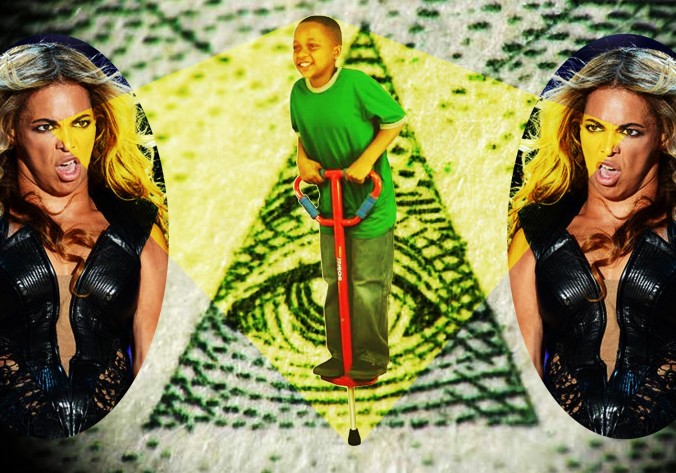 “Beyonce Amirite” by Vincent Martin. Image courtesy of the artist.

Beyoncé-mania has reached unknown heights in the past couple of months. On top of lip synching at the Presidential inauguration, the pop star appeared on the cover of GQ and Vogue magazines, aired a self-directed documentary on HBO, sat down for an interview with Oprah and gave a powerhouse Super Bowl halftime show performance. Her message is that, through hard work, one can rub elbows with Oprah and Obama and dominate the most macho of events, all while wearing stilettos with a loving family cheering on the sidelines. She represents what happens when a black entertainer successfully balances tropes of gender, Eurocentric beauty standards and capitalism, without the nasty suffering that often befalls celebrities who reach her level of fame (see: MJ, Whitney, Mariah). Girls, rather Beyoncé, run the world.

Several SAIC students have taken on the challenge to use pop culture to understand our society, often incorporating Beyoncé into their work. In the Warholian mode, there is a pervasive desire for young artists at SAIC to fully understand the nature of our icons and make work about them. Sometimes Bey is used as a stand-in for beauty and confidence, such as in junior SAIC student J.J. King’s screenprints of glitched images that comment on the desire for perfection. Both Beyoncé’s corporate model of success (not the self-owned, avant-garde kind of, say, Prince) and the force of her fame are subjects of interest to artists. Her massive, ubiquitous commercial exposure makes her seem supernatural. “I find it funny,” said Vincent Martin, a multimedia artist in the class of 2014 who composes satirical digital collages with Beyoncé’s image. “It” being the internet conspiracy that has cast Beyoncé as part of the Illuminati, the secret society of politicians, pop stars and corporations scheming to take over the world. Working with a similar topic, recent BFA Photography graduate Joshua Emmanuel Slater performed in drag and lip-synched her songs in reverse, which he explains “addressed the idea of fame coming to a black female through mystical forces, i.e. the Illuminati rumors.” 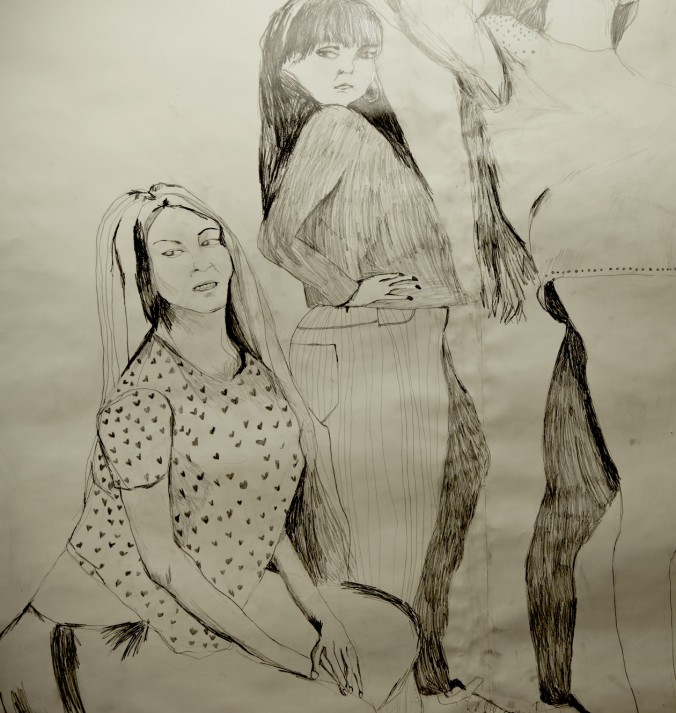 Beyoncé’s documentary “Life is But a Dream,” which aired in February, fails to provide much insight into such rumors over her mysterious and private life. However, in the midst of the vignettes about how much of a businesswoman and artist she is, the patriarchal mechanisms that made her growth possible are also revealed — a tough father who withheld affection, a husband who “taught [her] to be a woman” and a team of neurotic managers and corporate affiliates, all eager to please. Moments like these suggest she is just as affected by these paradigms of power, despite the fact that she has considerable financial power herself.

It seems that the mystical forces that allow Beyoncé to succeed are real gender and race paradigms that promise financial reward to the entertainers who express them beautifully and precisely. This effect of identity politics on Bey surfaces in other artworks about her as well. Gabriella Brown, a BFA Painting and Art History student, makes life-size graphite drawings of women of color to address the glammed-up, hyper-constructed images that inform how we view them. “I identify with the images, celebrate them, am seduced by them, feel constrained and sometimes objectified by them,” Brown explains.
This interest in identity performance is also explored in the work of Alexandria Eregbu, a BFA senior specializing in fibers and performance. Eregbu layers images of Beyoncé in a kente-like pattern to explore the visual representation of blacks in and outside of the contemporary art community. In her performance “Gilding the Kitty Kat,” Eregbu also dresses in an outfit similar to one worn in Bey’s video for her song “Kitty Kat” to prowl around a gallery with feline gestures as an alpha female archetype.

The works of these artists thoughtfully engage the multiple meanings of Beyoncé as an icon, since we are all a part of making her, or any celebrity for that matter, who they are. At one point in “Life is But a Dream,” Beyoncé states, “I can’t do it by myself,” in response to the difficulties of managing different expectations. Maybe not a secret society, but thousands of people are responsible for the Beyoncé we know. The effect of a celebrity on young artists suggests how intimately popular culture and capitalism go hand in hand, as do pop culture and art. 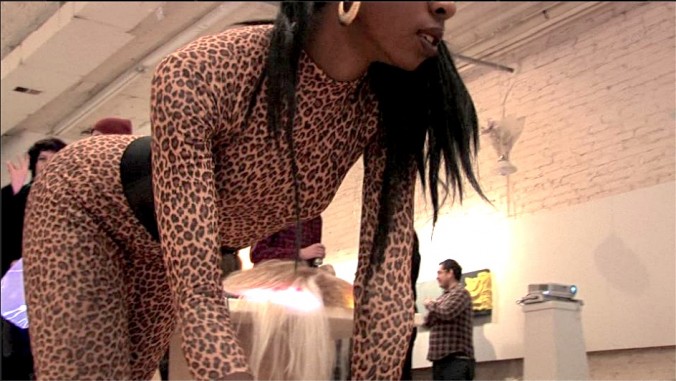 “Gilding the Kitty Kat” by Alexandria Eregbu. Image courtesy of the artist.

Arts & Culture, Entertainment It’s Her World, We Just Live In It
« Previous Story 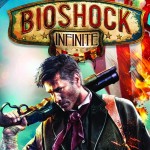 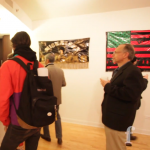