Reflections on the SAIC Winter Study Trip to Cuba.

Our trip to Cuba began as soon as we got off the chartered plane from Miami and met Nadia, our tour guide, and Chiqui, our driver. From the bus windows the nationalist billboards, the broken down Soviet-style buildings, the ubiquitous white busts of national hero José Martí and the faded pinks and blues of the colonial buildings were all a blur. But throughout our trip we made frequent stops to observe frozen times, patchworks of dreams that showed us new ways of being in the world, and new modes of being dazed and confused.

We experienced Old Havana through a walking tour, as any other tourist would. We asked our guide to give us insight into administration and policies. Old Havana’s spaces were being preserved and restored, but to questionable ends. While the cobblestone streets and the balconies make walks through Old Havana poetic, once we learned of urban planning strategies from the cultural offices, the politics of this walk became more complex. Cuban families who used to reside in historic building in Old Havana were being evicted, the houses repossessed by the city, and the spaces hollowed out to make way for potential new ways to generate capital. Foreign influences could be felt inside of Old Havana, contradicting Cuba’s founding revolutionary ideals. 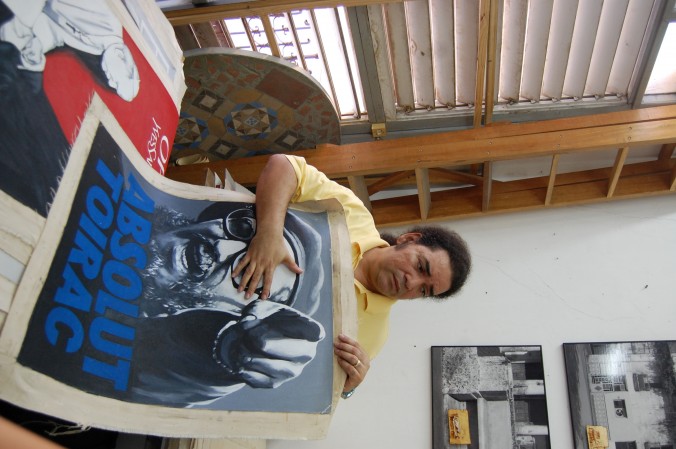 Other “forgotten” spaces, however, were interruptions to this process. Walking down one of the alleyways, we looked up at a striking building with several levels of scaffolding, but no signs of construction in sight. We saw the sun was peeking through the inside of every window on every floor of the structure — it was just a decaying shell of walls overlooking a cobblestone plaza. Nadia informed us the renovation has been on hold for over twenty years, leaving a building perpetually under construction. We continued to come in contact with sites that were yet to be restored, which we though was signaling something: an acceptance of being an isle in waiting.

A privileged meeting with Fernando Rojas, the Vice Minister of Culture, revealed the role the government has in supporting cultural production. After an hour of propagandist speech ended, he began to speak candidly about arts funding, censorship and the impending sense of change that permeates the country. One plan is to offer artists contracts to protect them and give them rights, because they currently live off earnings from the art market. This change will be a new source of work, income and investment, that moves away from a conservative socialist agenda. Rojas raised important questions: What will happen to civil society when they no longer work for the state? How will the ministry and government preserve all of these collectivist values?

After climbing an endless stairwell, we piled into the living room of Cuban artist and curator Toirac. He spoke to us about his life and career as an artist living both inside and outside of Cuba, and of working closely with the Ministry of Culture to earn the trust needed to be an intellectual creating and exhibiting his work. He explained the importance of earning the government’s trust, so he created an association to help others exhibit problematic art. He shared with us a series of censored paintings depicting name brands alongside photographs of Fidel Castro, complicating the rhetoric the Revolution has preached. This visit provided us with a look at how — in a country where tensions exist between what is private and what is public — artists navigate dealing with an oppressive government.

Our visit to the Instituto Superior de Arte (ISA) left our group emotional. The five schools of ISA are part of a developmentalist project from the ‘60s, when the government had strong faith in education, and the arts and cultural production were political weapons against imperialism. But soon after, construction was halted, leaving breathtaking organic structures in a state of perpetual waiting. Artist Luis Gomez, from the generation of artists working in the late eighties, gave us a tour of the campus. He relayed critical points about the production of art in contemporary Cuba. Unlike the past, there is no continuity in the teaching of art at ISA for current students — professors come and go without ever planting solid models and students come with an interest in international recognition. We saw modern dance students practicing in the walkways underneath brick domes, next to classrooms with wood floors that had caved in. Inside the structures, the silence was deafening, architectural remnants and debris piled up.

The disjointed teaching models at ISA were also discussed by a group of artists currently working in Cuba, with whom we met for six intense hours. These artists offered us a refreshing look at work being produced in Cuba now, both commercial and independent. Their work questioned Cuban political and cultural systems, from the public sphere, to what was being taught on kid’s shows on TV. The ways in which artists worked around certain systems was inspiring. Some, who were able to come across certain books, take pictures with their camera phones to make PDFs they pass around via flash drive, essentially building entire alternative libraries inside cell phones. It was not only the improvisation presented in these processes that were astounding to us, but also the clear solidarity and effective network within in the group.

The frozen decay. The waiting. The imminent sense of change. The complacency. All of these form several paradoxes. And though we left Cuba inspired, many of us remain confused. At times, there was a sense that anything is possible, and that you can make something out of nothing. But that was accompanied with feelings of hopelessness or sorrow. Through hearing all of these different stories and perspectives, we witnessed something special, yet temporary. Cuba will not be like this for very long. We, like the locals, felt the change in that air, and if we should visit again and encounter change, we may think back to the questions posed by Fernando Rojas — what will happen to Cuban society when they no longer work for the state? What about their collectivist values? But for now, we can only take in what we experienced. 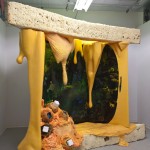