Examining a lack of diversity
in the gaming industry. 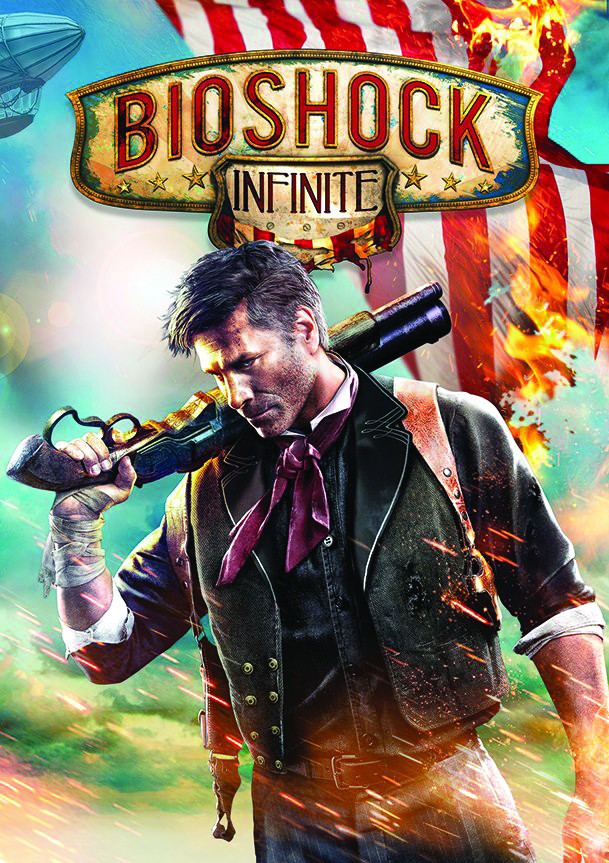 When the cover art for the blockbuster hit video game “BioShock Infinite” was released, gamers around the world were in an uproar.  They were shocked not only by the lackluster art, but also by the fact that it was just another entry into the “Man with Gun Walks Toward Screen” school of video game covers. The box art features a middle aged, scruffy, white male protagonist akin to Indiana Jones carrying a gun. This character, Booker DeWitt, with his downcast, serious facial expression, is positioned in front a burning American Flag with the crisp sky as a backdrop. Not only is this image generic and forgettable, but the corset-defying, most important character of the game, Lady Elizabeth, is relegated to the back cover.  Now, “BioShock Infinite’s” cover art will join the ranks of innumerable other video game covers that depict a man with a gun. This box art epitomizes the lack of understanding of diversity that the gaming industry is perpetually grappling with.

In a recent article in WIRED magazine, Ken Levine, the creative director behind the critically acclaimed BioShock franchise, justified the decision for the unimaginative, unoriginal, unsatisfying cover. This first-person shooter is set in 1912 during the growth of American Exceptionalism.  The primary setting is a city suspended in the air by giant blimps and balloons, called “Columbia,” named in homage to the female personification of the United States.  Ken Levine was inspired by two historical events at the turn of the 19th century, with the floating city of Columbia echoing the aesthetic and culture of the 1893 Worlds Fair.  Therefore the generic box art comes as a shock, considering all this interesting material that the game derives from. “We went and did a tour … around to a bunch of, like, frat houses and places like that.  People who were gamers.  Not people who read [the gaming news website] IGN,” Ken Levine told Chris Kohler, founder and editor of WIRED’s Game|Life. “And [we] said, ‘So, have you guys heard of BioShock?’  Not a single one of them had heard of it. I wanted the uninformed, the person who doesn’t read IGN … to pick up the box and say, ‘Okay, this looks kind of cool.’”

Ken Levine is reaching out to “gamers,” clearly an already tapped market in this technological era. More importantly, he pigeonholes the gaming market as consisting solely of white frat boys.  Yes, the gaming industry, and gaming culture as a whole, is still abundant with white frat boys, but the demographic is slowly changing.

The gender representation debate is a trending topic in gaming culture.  Statistics show that the demographic in gaming culture is shifting … slightly, but it is shifting.  According to the Entertainment Software Association (ESA), as of 2012, 47 percent of all gamers in the United States were women.  That is a 7 percent increase from 2010, putting women at the halfway mark with male gamers.  Additionally, women over the age of 18 represent 30 percent more of the gaming population than males who are 17 or younger.

So, this begs the question, why should we care about gender representation in games? Especially women?  If women make up nearly half of the demographic, more than likely a few of them want to play as a “bad ass” female character rather than the typical white male, right? Posing these questions leads to others — why aren’t we talking about racial depictions then, as well? Or how many people of color work in game design? What is their pay?

These are important questions to consider, as issues of race and racism still exist in the industry and largely as gameplay mechanics (input methods, character actions, rules affecting the game world and so on). Take for example EA’s “Mass Effect,” presumably a progressive, smart video game, which has only one possible black romance option. If one travels down this road of romance, the non-playable partner cheats on you and gets another woman pregnant.  The biggest race controversy in videogame history deals with Capcom’s 2009 release of “Resident Evil 5,” which revolved around a well-muscled white American shooting hordes of mindless diseased Africans.  What is more alarming, though, is that “racism” as a gameplay mechanic has been a fundamental aspect of game design since video games’ inception. “Level Up!: The Guide to Great Video Game Design” discusses this mechanic: “Within your game, you can create groups of enemies based on shape, color, and physical attributes.  They need to look different at a glance.  Stereotypes are stereotypes and are made for a reason.”  To problematize this matter further, in the actual design industry, a racial demographic study has not been fully developed since 2005.  In 2005, less than 20 percent of the game design industry was composed of non-white individuals.

As media continues to shape the way our culture views issues of diversity, game developers are generally still incapable of making a female video game character that is not submissive, emotionally vulnerable and entirely dependent on men, or a character of color that does not fit into perpetuated racial tropes of histories past. As we begin to step into another wave of  “next-generation” game consoles with high definition graphics, the ways in which race and gender are fetishized will most likely only get worse with hyper-realistic graphic representations.

In order for these problems to change, there needs to be more diversity in the gaming industry and in actual game development. But minorities aren’t always welcome with open arms. Luke Crane, a tabletop role-playing game designer and Kickstarter employee, asked on Twitter with the hashtag #1reasonwhy, “Why are there so few lady game creators?” Filamena Young, a game designer at Machine Age Productions in Orange County, California, responded, “because conventions, where designers are celebrated, are unsafe places for me.”  Young is referring to the numerous annual gaming conventions such as E3 (Electronics Entertainment Expo) in Los Angeles; DragonCon in Atlanta; and the Penny Arcade Expo (PAX) in Seattle, to name a few.  These gatherings still cater to the male gamer, while women are often referred to as a “developer’s girlfriend.” Another game designer, Romana Ramzan, tweeted that she was told conventions are “a good place for a woman to pick up a husband.” Caryn Vainio, a user interface designer in Seattle, replied to Crane’s question with an anecdote: “Because I got blank stares when I asked why a female soldier in a game I worked on looked like a pornstar.”

Let’s face it; the game design industry is still the “frat house” to which Ken Levine referred.  Indeed, the very notion of gaming still conjures up images of young men glued to flickering screens for hours on end, fueled by energy drinks and waging online battles unto death. The industry has made some progress over the past couple of years. The recent 2013 reboot release of “Tomb Raider,” for example, shined a new light on protagonist Lara Croft — she defies video game mythologies about women by trading her scanty clothing for a larger range of emotions and personality.  But this is a rare gem that comes too few and too far in between other titles. Courtney Stanton, a game designer and founder of the networking group Women in Games Boston said it best in a recent article in The Boston Globe: “It’s true, the industry is not as actively bad as it used to be, but not actively bad is an embarrassingly low bar.” 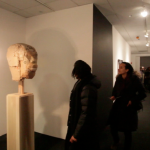 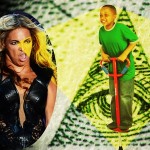 One Response to Beyond the Game Boy