In 2001, The Strokes released their debut record, “Is This It,” and it’s been diminishing returns ever since. 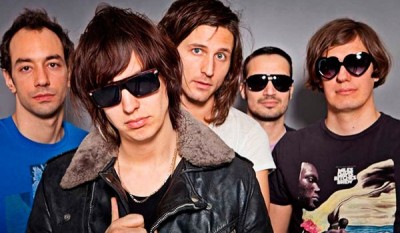 In 2001, The Strokes released their debut record, “Is This It,” and it’s been diminishing returns ever since. Granted, they had nowhere to go but down. “Is This It” is nearly perfect, a thirty-five minute shot in the arm. The young Strokes – led by their raw and brilliant songwriter, Julian Casablancas – seemed to know their limitations. “Is This It” has one tempo, no fat, and most importantly, it was made using rock instruments: two guitars, a bass, and drums. Sounds crazy now, but back then critics believed the Strokes would save rock n’ roll. Hey, maybe they did. It’s hard to imagine the White Stripes, Black Keys, and Killers getting nearly as big without them.

As the Strokes got older, they began experimenting with slower tempos and electronics, but never strayed far from their winning formula. Guitarists Nick Valensi and Albert Hammond, Jr. fine-tuned their collaborative partnership while the rhythm section kept driving in 4/4. In 2003 the band released their sophomore album “Room on Fire,” and for the lead single, “12:51,” the Strokes coalesced into an even tighter, poppier unit than before. But overall, on “Room on Fire” and “First Impressions of Earth” (2006) the Strokes grew pale. Especially Casablancas, whose melodies felt increasingly forced. Then the Strokes did what many bands do when in a slump: they went on hiatus and Casablancas and Hammond put out requisite solo albums despite Valensi’s protests. In 2011, the Strokes set aside their differences and reassembled for “Angles.” The killer single “Under Cover of Darkness” signaled a big comeback, but “Angles” fell flat. It’s the nadir of the Strokes’ uneven discography.

“Comedown Machine” is better, but not by much. Its highest high is the opening cut, “Tap Out.” Amidst prickly guitars and a Studio 54 beat, Casablancas sings his trademarked macho-sleazy lyrics in falsetto. “Even though I really like your place, somehow we don’t have to know each other’s name.” Though he’s clearly become fond of his new-found technique, it ends up failing him time and again. This record’s got a lot of filler, people. “Slow Animals” and “Partners and Crime” squander any momentum from “80’s Comedown Machine,” and on the “Is This It” style rockers, “All The Time” and “50 50,” the Strokes sound like imitators at best, a local cover band at worst.

It’s only when the band tries something radically new that “Comedown Machine” works. The panning guitars on “Chances” bring to mind Michael Jackson’s “Human Nature.” On the closer “Call it Fate Call it Karma,” the Strokes lean heavily on muted organ and baroque strings, not unlike indie stalwarts Yo La Tengo. The aforementioned title track is a sexy romp in slow motion.

“One Way Trigger,” with its insistent and annoying riff, should come to represent a line in the sand for Strokes fans. I’m reminded of Weezer’s “Can’t Stop Partying.” On that song, the once-beloved group turned its back on its storied history, got in touch with Lil Wayne, and cut a ridiculous song for top-40 radio. Point being, if you could hang with “Can’t Stop Partying,” you could hang with the new Weezer. And if you’re still on board the Strokes’ sinking ship after “One Way Trigger,” maybe they’ll reward you for sticking around. For me, “Tap Out” is the only song on “Comedown Machine” worthy of my Strokes Greatest Hits playlist, while the rest has me convinced that I should jump ship while the jumping’s good. 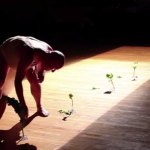 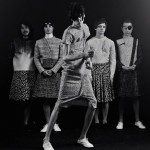