Addressing gender inequality in the unisex restrooms at SAIC.

On October 18, 2012, SAIC announced the designation of fourteen “gender-free” restrooms on campus via e-mail. While the announcement elicited a sigh of relief from many members of the SAIC community, the change seemed long overdue, especially considering the heightened attention to discourse on gender constructions at the school. Though the brief e-mail seemed to assure that the school was making a step in a more progressive direction, it failed to state that each of the bathrooms are single-person, meaning that what they are calling “gender-free” bathrooms are merely equivalent to “family” bathrooms throughout the United States. When compared to Canada and many other countries, the U.S. lags behind in its response to issues of gender and equality. Though same-sex unions are recognized in the United Kingdom, Ireland, Germany, France, and Australia, and same-sex marriage is fully recognized in places like Canada, Argentina, Iceland, and Sweden, the U.S. federal government has yet to recognize either. My research made it clear that barely any multi-person, unisex bathrooms exist in the US, while there are hundreds in Europe and a handful in Canada. This fact leads to the question: why are there almost no multi-person, public, unisex bathrooms in the U.S., and why don’t these exist on college campuses, especially at SAIC?

Diagnosing the reasoning behind the installation of only single-person, unisex bathrooms at various sites and college campuses requires an understanding of the institutions’ viewpoints and the desires of the student and faculty body. Supporters of unisex bathrooms often argue that members of the LGBT community, and specifically transgender people, should not be forced to use gendered bathrooms to prevent harassment, the denial of self-identification, and inequality. Having unisex bathrooms liberates transgender individuals to have access to safe, conflict-free bathrooms, instead of having to feel constant unease and the potential for harassment or assault in traditionally sexed bathrooms. Many detractors from the idea of unisex bathrooms, as detailed in Olga Gershenson’s “The Restroom Revolution,” cite structural problems with the architecture of older buildings, a corruption of conservative values about public displays of gender, and close-minded ideas that individuals with complicated gender identities should be forced to use either male or female bathrooms based on their genitals. Even more complicated are the objections to multi-person, unisex bathrooms, which often include imagined threats that different genders would pose to each other (i.e. men against women); the idea that gender should always be expressed privately if it strays from the norm of male or female; and the problematic designation that single-person, unisex bathrooms are truly “gender-free.”

It is not surprising that SAIC’s venture into unisex bathrooms only included single-person, “family” rooms, as this is standard with almost every institution that installs a unisex bathroom. According to the City of Chicago Building Code 18-11-1109.2.1.2, every unisex bathroom “shall include only one water closet and only one lavatory,” meaning that buildings are only allowed to create single-person unisex bathrooms. What is truly surprising and indicative of SAIC’s logic is that they designated them as “gender-free.” The e-mail presumptuously implies that gender doesn’t exist in these spaces, which would be very problematic considering the fact that outside these fourteen sanctuaries of ‘genderlessness,’ issues of gender are negotiated in virtually every other hallway, bathroom and classroom in the world. Single-person, unisex bathrooms are often seen as the fix-all cure to issues of gender among communities of people sharing spaces. However, making the only multi-person bathrooms male and female and creating “gender-free” bathrooms that are strictly single-person seems to send the wrong message. Instead of conveying that our school is willing to recognize differences among individuals and treat each person with equality, it states that those who are different should be placed in a single-person room where it doesn’t matter who they are for the few minutes that they urinate. 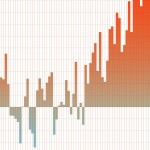 The Rights of Spring 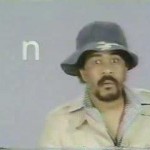 3 Responses to The Bathroom Blind Spot