Through the Eye of an Auteur

Visions of Race, Sex and Social Justice from Steve McQueen

Steve McQueen’s far-reaching and conceptually stimulating work was well represented at this retrospective. The exhibition spanned the entire length of his career, evincing his talent for the art of filmmaking and for probing legacies of social injustice. Overall, McQueen’s art is particularly endearing for its ability to disorient and reorient the familiar for the purposes of critique. 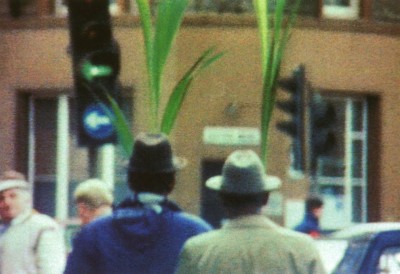 British filmmaker and conceptual artist Steve McQueen’s retrospective at the Art Institute of Chicago’s Regenstein Hall proved to be a highly successful experiment in both presentation and content. Viewers entering the space were greeted with a disorienting video projection entitled “Static,” which set the tone for the rest of the exhibition. Through a shaky lens and selective framing, this 360-degree recording of the Statue of Liberty denaturalizes an immediately familiar icon of immigration and abstract concepts like “freedom,” making it look like an anthropomorphic colossus hovering above New York. McQueen’s presented oeuvre illustrated a similar investment in strategies of redirection and disorientation as they relate to familiar images, such as the body, everyday encounters on the street, or postage stamps. He employs each technique to tackle an extensive array of issues such as sexuality, race, imperialism, war and the act of viewing itself.

The rest of the sprawling exhibit was lit only by McQueen’s numerous projections and video monitors, which dually heighten the focus on the pieces and provided cues for visitors to locate work in the mazelike space. Situated near the forefront were some of his curiously interrelated earlier works such as “Bear” and “Exodus.” While both pieces feature two black males, their approaches and presentation were resolutely different. The former comments allegorically on race, aggression, homoeroticism, and social constructions of masculinity. While the latter speaks more implicitly about the double-consciousness of the Black Atlantic Diaspora.

Borrowing its title from the stereotypical slang term for a masculine, heavyset, gay male, “Bear” depicts two naked, black males who engage in wrestling match that soon dissolves into an embrace with erotic undertones. The dramatic lighting and placement of the subjects in front of a context-less, black backdrop opens the work up to allegorical interpretation. Highlighting the fine line between sensuality and violence, “Bear” problematizes popularly held beliefs about masculinity and homosexual love. For example, one of the actors embodies popular constructions of masculinity (aggressive, heavy set, bearded and rugged) yet he also represents the gay “Bear” stereotype (hyper-masculine, tender, sexually charged). The piece also subtly engages with the topic of race, as statistics have shown that Bears are predominantly white men. With little racial diversity in people’s definitions of what Bears can be, and what masculinity is limited to define, McQueen’s “Bear” critiques limited understandings of categories like masculinity, race, and sexuality.

McQueen’s piece “Exodus,” engages with similar issues of race and inclusion, but in an altogether different way. The piece is a video recording of two black males, both holding coconut palms, in the streets of the Brick Lane market of London. The piece builds on the legacy of photographers like Lee Friedlander by capturing the social landscape of a city, in this case London, by happenstance and seemingly random encounters. By recording these two individuals, McQueen makes the Black Atlantic diaspora the primary subject of “Exodus.” Following these two black, British males, the piece references what Paul Gilroy refers to as the double-consciousness of black individuals in British society. This conflict would seem to manifest itself in the style of dress of the two men and the two potted palms they carry in their arms. As they walk along the streets of Britain, the only thing demarcating them from anyone else in the crowd, especially due to their nonchalant European clothing, are the tall leaves of the palms that bob just above their heads. The visual cue of the coconut palms, a common plant in coastal East Africa, above their heads evokes the alterity that black communities have experienced in British society, while the way they blend with the crowd marks their placedness within British culture and society. “Exodus” depicts the mediation between these two cultural spheres that was brought about by the horrors of the Trans-Atlantic slave trade, accurately serving as a metaphor for the inclusion and exclusion present in the consciousness of the Black Atlantic diaspora. As theorized by Gilroy, the Black Atlantic community displays cultural hybridity rather than a traditional model of diaspora, striving to simultaneously identify as both European and black.

Two of McQueen’s more recent works at the back of the gallery, “Queen and Country” and “Western Deep/Carib’s Leap,” expanded on these themes of race, imperialism, and British Society. “Queen and Country“ was easily one of the most interesting pieces in the show, largely due to it’s interactivity. It features a gigantic oak cabinet with 160 sliding, vertical drawers, all of which contain sheets of stamps that feature British soldiers who died during the Iraq war. When McQueen was asked by the Imperial War Museum to create a stamp series to commemorate the Iraq war in 2003 his stamps were rejected and denied circulation by the Royal Mail for their content, which was apparently too hard to swallow. While it is at once a meditation on the war itself and a sympathetic commemoration of the deceased soldiers, the seriality and physicality of the stamps visually mirror the cheapness, mobility, and expendability of the soldiers’ lives to the political administration. The banality of the stamp format and the reluctance of the administration to put them into circulation tempers the work’s poignancy in that the dead soldiers would be something that the administration deems too ugly or realistic for the public to reconcile with. Though the piece will not be complete until McQueen gets the stamps authorized for public use, “Queen and Country” does a fine job of letting the public actively participate with the work rather than reducing them to spectatorship. As each drawer needs to be physically pulled out of the cabinet by viewers, one gets to focus on the visage of each individual person, publicly humanizing them with a portrait in a way that statistics, names on a monument, or the current administration could not. 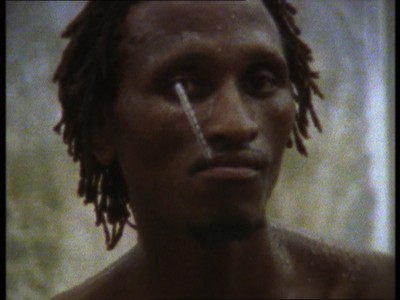 In an even more focused vein of criticism, McQueen’s piece “Western Deep/Carib’s Leap” explores the ramifications of capitalistic economies and aftereffects of imperialism. After visitors at the exhibit traversed through a winding hallway to a small theater area, they encountered his short film “Western Deep,” which focuses on the experience of miners at the world’s deepest gold mines — the TauTona mines, near Johannesburg, South Africa. Enveloping the room in darkness and a cacophony of machinery, the film depicted the harrowing descent miners have to experience each day. “Western Deep” is deeply realistic, but the film verges on abstraction at moments, such as its focus on the glowing headlamps of the miners in the dimly lit cavern. As the mines have been under the same management since apartheid, “Western Deep” implicates its legacy of injustice through the inhuman conditions that the all black workers have to endure. On a similar note, outside the hallway leading to “Western Deep” was the piece “Carib’s Leap.” It consists of two screens, a smaller one depicting footage from modern day Grenada and the other abstractly depicting a single figure falling through an all white sky. The footage of daily life in Grenada informs the falling man, as the image references the suicide of countless indigenous Carib, or Kalinago, people who leapt from a cliff instead of surrendering and becoming slaves to French soldiers who invaded in 1651. Both pieces force viewers to reconsider the historical legacy of colonialism, apartheid, and capitalism, which continue to inform the present.

Steve McQueen’s far-reaching and conceptually stimulating work was well represented at this retrospective. The exhibition spanned the entire length of his career, evincing his talent for the art of filmmaking and for probing legacies of social injustice. Overall, McQueen’s art is particularly endearing for its ability to disorient and reorient the familiar for the purposes of critique.

Arts & Culture, Uncategorized Through the Eye of an Auteur
« Previous Story 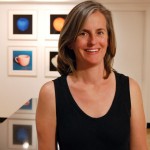