Grass Widow are grounded in our immediately physical world, but have their sights set beyond it.

Grass Widow’s ethereal three-part harmonies invoke an image of a pharmaceutically-sedated witches coven. Add in jangly surf guitar, punchy bass lines, post-punk drums, and you have Internal Logic (2012). The San Francisco trio balances eerie sci-fi thematic tendencies against the sugary vocals from the golden era of girl groups. The strength of their vocals is highlighted at the end of “Under the Atmosphere” when the guitars bass and drums fall away leaving only the gorgeous harmonies blissfully bouncing off each other.

Grass Widow are thoroughly dedicated to their formula. They rely on the aforementioned vocals and the support of the upbeat garage rock band, a musical approach that’s been in vogue during any given year since the mystical sum of those sonic ingredients was discovered. But the most interesting moments on Internal Logic are found in the lapses in consistency when the band introduces a new sound out of left field. The mid-century synth ‘bloops’ on “Goldilocks Zone,” the nylon string guitar interlude that is “A Light in the Static,” and the instrumental piano performance that closes out the album suggest that Grass Widow have experimental ambitions beyond the garage/post-punk instrumentation worth exploring. The moon’s surface on the album cover functions similarly to their sound: Grass Widow are grounded in our immediately physical world, but have their sights set beyond it.

Grass Widow will be performing at the Empty Bottle this Thursday, November 8th at 9:00 pm. 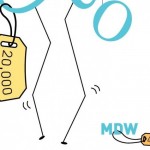 A Tale of Two Art Fairs 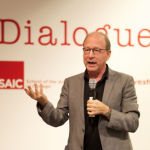