Half a century of Bob Dylan distilled to ten essential tracks.

David Yaffe concludes his book “Bob Dylan Like a Complete Unknown” with a 70 song best-of playlist celebrating the icon’s 70th birthday. He writes, “Diehard Dylanites will surely be scandalized by some omission or other.” Well, this iteration of Audiophiles attempts to capture the enigmatic and ever-changing songwriter’s essence in 10. The true Best of Bob Dylan. 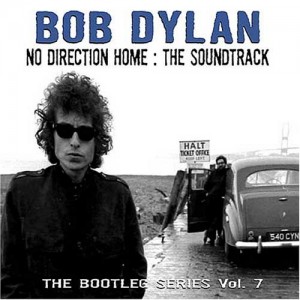 “I Was Young When I Left Home

Bootleg Series Vol. 7 No Direction Home: The Soundtrack
In 1961, Robert Zimmerman dropped out of the University of Minnesota and travelled to New York City. He then renamed himself after poet Dylan Thomas, made a major label folk record, and mythologized his past with tales of train hopping and travelling with the circus as a child. When Dylan recorded “I Was Young When I Left Home” at a friend’s apartment in Minneapolis during the winter of 1961, he was just revisiting the land of his actual middle class Jewish Midwestern upbringing. 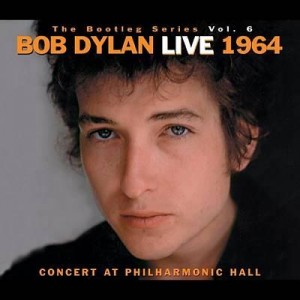 “Mama, You Been On My Mind”

The Bootleg Series, Vol. 6: Live 1964: Concert at
Philharmonic Hall
Dylan as the out-of-love poet remembering an ex, “though [his] mind, it might be hazy.” He was a notorious heartbreaker but on this song it’s all warm interest with no strings attached: “I’d just be curious to know if you can see yourself as clear as someone who has had you on his mind.” This take, recorded live with Joan Baez, is a striking duet of her songbird prowess and his youthful yelping. He forgets the lyrics before the last verse and struggles to get through, but Baez recovers and the crowd goes wild for the king and queen of folk. 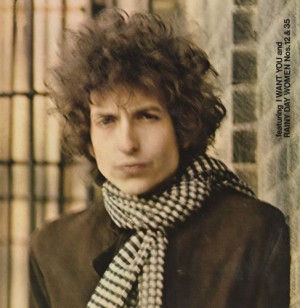 “Stuck Inside of Mobile With the Memphis Blues Again”

Blonde on Blonde (1966)
In 1966 Dylan was at his electric rock and roll poet peak. His crowded, cryptic verses were an unstoppable force of circus freak imagery and micro-storytelling. In 1965 he released two seminal albums, “Bringing it All Back Home” and “Highway 61 Revisited,” but “Blonde on Blonde” was arguably his strongest album of that decade. “Stuck Inside of Mobile With the Memphis Blues Again” is a seven minute slideshow of visions accompanied by a frantic Nashville session group trying to keep up. This material would later be taken apart and analyzed by fans and “Dylanologists” for decades to come. 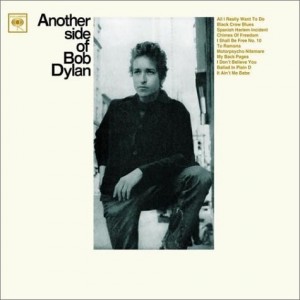 Another Side of Bob Dylan (1964)
Dylan made it big in the Greenwich Village folk scene as a Woody Guthrie acolyte with popular “finger-pointing” protest songs like “Lonesome Death of Hattie Carroll,” and “Masters of War.” He was celebrated as a civil rights activist and reluctant leader of the folk movement. On “My Back Pages” he sounds apolitical and personal while singing “I was so much older then, I’m younger than that now.” The next year he’d be disowned by the folk community for going electric and in “My Back Pages” you can hear it coming. As he’d later sing on “Bringing it All Back Home” (1965), “forget the dead you’ve left, they will not follow you.” Still, many did. 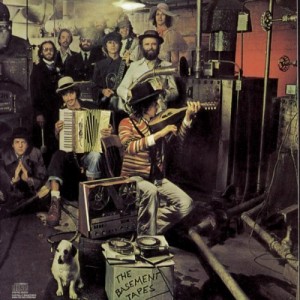 The Basement Tapes (1975)
While enjoying reclusive domesticity with his young family in upstate New York during the late 1960s, Dylan recorded organic and literary music that undermined the artifice and trendiness of kaleidoscopic psychedelia. “Goin’ to Acapulco” from the Basement Tapes (recorded in 1967) is a stunning example of the raw, rural, and relaxed Dylan of the late 60s ­­­— the artist who allegedly remarked of Sgt. Pepper’s Lonely Hearts Club Band (1967) “turn that shit off.” Playing with his bros in The Band, Dylan sounds like he’s growing up (at the age of 26) when he sings, “Now if someone offers me a joke, I just say no thanks/ I try to tell it like it is and stay away from pranks.” 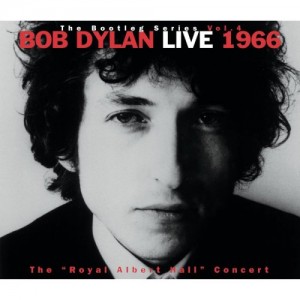 The Bootleg Series Vol. 4: Live 1966,
The “Royal Albert Hall” Concert
“Take me disappearing through the smoke rings of my mind,” a lyric in “Mr. Tambourine Man,” was a playful ode to recreational surrealism written by Dylan on a stoned road trip through the U.S. in 1964. “Visions of Johanna” is the less playful but no less picturesque sister-song. By 1966 Dylan had completely disappeared down that road. A casualty of his amphetamine diet, he is caught howling into the dark English concert hall about “the ghost of ‘lectricity.” It’s the last stand for an era of his career. After suffering a motorcycle crash that nearly killed him later that year, the whimsical days of electric ghosts and smoke ring visions were behind him. 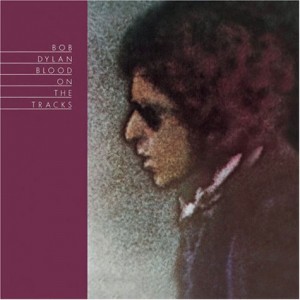 Blood on the Tracks (1975)
From his “divorce album,” “Blood on the Tracks,” “Idiot Wind” is venomous and unrelenting. When Jakob Dylan said the album sounded like his parents fighting, this is likely what he was referring to. Before recording the official release of “Blood on the Tracks” with a local band in Minnesota, Dylan recorded a solemn and sparse version of the album in New York. The Minnesota version is angrier than the New York tapes and it’s difficult to imagine lyrics like, “I can’t even touch the books you’ve read” and “you’re an idiot, babe / it’s a wonder that you still know how to breathe,” being as effective at a slower pace. Only when he closes with “we are idiots babe, it’s a wonder we can even feed ourselves,” does the crippling sadness over his failed marriage surpass his fury. 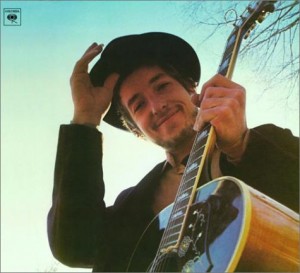 “I Threw It All Away”

Nashville Skyline (1969)
During the outside world’s musical and political rage of 1969, Dylan changed characters again and went country. The rustic nature of “The Basement Tapes” (1975) and “John Wesley Harding” (1967) was now complemented by Dylan’s new voice — a mellow croon. “I Threw it All Away” is a simple tune advising, “So if you find someone that gives you all of her love / Take it to your heart, don’t let it stray.” He’s melancholy, sincere, and totally reinvented. After releasing some the most unsettling and profound music of the 60s, the most radical thing he could do was release a modest country album. His grin on the “Nashville Skyline” album sleeve contrasted with the austere scowl of the “Blonde on Blonde” (1966) cover says it all. 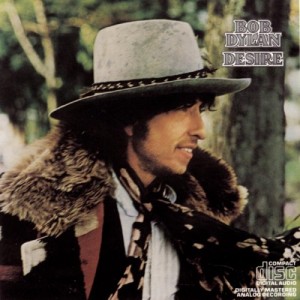 “One More Cup of Coffee (Valley Below)”

Desire (1976)
“Blood on the Tracks” never saw a proper tour, as Dylan found the material too painful to revisit on a nightly basis. So in 1976 he embarked on the Rolling Thunder Revue tour where he performed the wild gypsy-folk of “desire” on a crowded stage while wearing white face paint and flowers in his cowboy hat. The songs evoke gypsy storytelling and outlaw mysticism. “One More Cup of Coffee” details the life of an illiterate girl who can “see the future” (like her mama) and “throw the blade” (like her daddy). Dylan’s unhinged voice is matched by the wailing violin of Scarlet Rivera. 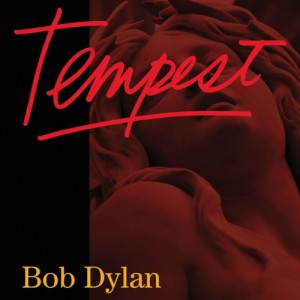 Tempest (2012)
On his 1962 self titled debut album, Dylan channelled the gravelly voices of delta bluesmen. By 2012 that affectation has become his only natural option. During the 80s Dylan was in a creative slump marked by over-produced records and an unwillingness to let go of his once available vocal range. Since the 90s he’s become a cigar smoking, moustachioed legend who has gracefully embraced old age. On “Duquesne Whistle,” he croaks along to a shuffling swing beat managing to sound every bit as passionate, and even more authentic than the kid singing Blind Lemon Jefferson on Bob Dylan. 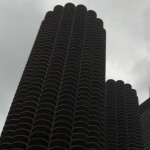 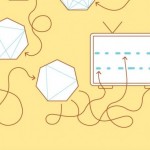