“After the latest events and the extreme violence and ruthlessness of the Syrian government, my plans changed and it seems I will settle here for good. I don’t think Syria will ever be the same again.” 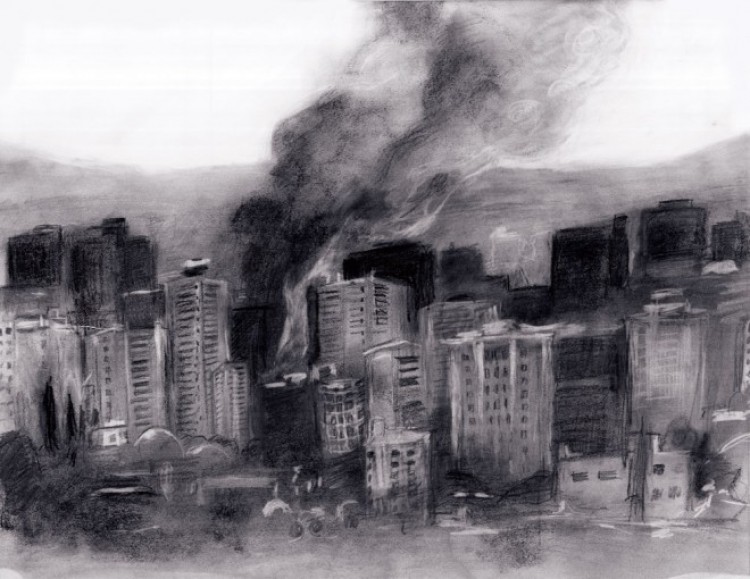 On March 15, 2011, Syrians took to the streets demanding basic rights and protesting a tyrannical 40 year-old regime. Government crackdowns turned the protests violent and the country has descended into civil war. Cries of protest and dissent have been answered with bullets, torture and rape. Estimates say that over 25,000 Syrians have been killed and 1.5 million displaced. The violence has spread across the country, including onto university campuses where early protests were the most fierce. For many, raids, violence and mass detentions have become a way of life.

Tarek, Mouna and Salam are three of the many Syrians who fled the instability and relocated to Chicago. Tarek is a recent graduate from the school of dentistry in Syria, Mouna is a student of architecture and her sister Salam is a business major. Mouna and Salam are now continuing their studies at the Illinois Institute of Technology.

Why and when did you decide to leave Syria?

Tarek: After I graduated from the school of dentistry in Syria, I decided to leave. It was six months into the revolution and the circumstances in Damascus were not great but still relatively stable compared to other Syrian cities, like Homs or Hama. I couldn’t envision a future in Damascus so I came to Chicago to pursue a master’s degree in dentistry. I planned to start my career here and then maybe return to Damascus to take over my father’s dental practice. But, after the latest events and the extreme violence and ruthlessness of the Syrian government, my plans changed and it seems I will settle here for good. I don’t think Syria will ever be the same again.

Mouna: My sister and I arrived in Chicago eight months ago to renew our green cards. Our initial plan was to spend two weeks here and go back to Syria but the situation got worse. We were actually on our way to the airport when we decided to stay. I didn’t have any of my belongings with me but it was a very quick decision. My parents also decided to leave Syria and go to Saudi Arabia. We didn’t get to say goodbye.

Do you still have any family in Syria? How do you feel about it?

Tarek: Most of my extended family still lives in Damascus. My father is still there and we are trying to convince him to come to Chicago, but he’s not ready to leave. He wants to protect our property because theft has increased alongside the violence. My mother came to Chicago three months ago and she plans to stay here for good.

Mouna: We still have family in Hama and Damascus. When we call them we can hear the gunfire in the background; we can’t imagine what it feels like to be living in such conditions. It kills me when I hear the troubled voices of my friends and family over the phone.

How did the violence at Universities impact your studies in Syria?

Mouna: There was obvious tension between the students. We used to spend a lot of time on campus finishing homework and working on projects, but after violence broke out it was not safe to stay long at school. We attended our classes and went straight home. Many of the students from the troubled cities like Daraa were not able to make it to school. We tried to do vigils in solidarity with those fighting and dying but members of the student union attacked us.

Salam: My school was impossible to reach because I lived in the city of Hama, 30 minutes away. The shelling was severe and army tanks surrounded the city. It was too dangerous to leave so I essentially stayed home for five months before coming to Chicago. One day I left school right after an exam. Violence broke out and one of my friends died trying to save someone from a gunshot wound. Such stories have become more and more common, everyone knows someone who was killed or detained. The mourning is what hurts me the most.

Did you join any protests while you were in Syria?

Tarek: I joined one during Ramadan last year, but we ran away quickly because the police came and we could have gotten detained or beaten up.

Mouna: Some of my friends joined a protest and the girls were caught first. They were detained for a couple of weeks and were probably tortured, but they didn’t dare mention anything after they were released. It was especially dangerous for girls, because we are under the threat of rape and torture. Being detained is worse than getting killed.

Were you involved in any other activities for the revolution?

Salam: When Homs was under siege, we used to try and raise money for relief and send food, clothes, and blankets. Here in Chicago I do as much as I can with rallies and fundraisers.

Mouna: It was too dangerous to do anything in Syria. When I came to Chicago, I let it all out of my system now that I know I’m not under any immediate threat.

How does joining the revolutionary effort while in Chicago make you feel?

Tarek: It makes me feel helpful – but at times I also feel very helpless for not being able to do more.

Mouna: When I was in Syria I felt very oppressed for not being able to speak out. At times I felt crippled because I was so upset that I couldn’t join the protests and be an integral part of this revolution. Now in Chicago, maybe our activism is not really helping, but I assume that taking part in the rallies for Syria here does raise awareness, and it is the least I can do for my country.

Salam: When I helped out, it was the greatest feeling ever. After one massacre in my city, I noticed how willing people were to save others, even if they didn’t know them. They’d cut their bed sheets into bandages because the field hospitals ran out of the most basic equipment. The people were so united it was beautiful; they shared everything and went out of their way to help each other.

Do you plan on returning to Syria, after the revolution?

Mouna: Of course! I’d love to return to Syria. I was helpless at the start but perhaps after the revolution I can take part in the rebuilding process.

Salam: Of course, it is my duty to go back and help out. I feel like we did not have a significant role in the revolution. But maybe the reason we were able to flee Syria is to stay protected in order to help out with the recovery. 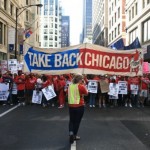 On the Line — Chicago Teachers Union Fights for...