Steve Albini and Amanda Palmer battle over the ethics of artistic production and performance.

“Pretty much everybody on earth has a threshold for how much to indulge an idiot who doesn’t know how to conduct herself, and I think Ms Palmer has found her audience’s threshold.” This was the quote Pitchfork ran earlier this September under the headline “Steve Albini Slams Amanda Palmer for Asking Fans to Play in Her Band for Free.” Albini earned his status in the Chicago music scene in the early 1980s, founding the seminal punk Chicago band Big Black and going on to produce albums for everyone from the Pixies to Nirvana. Albini has since taken prominent position as the founder, owner and engineer of Electrical Audio, a two-studio complex on West Belmont where he’s taken on bands like The Breeders, Robert Plant, Cloud Nothings and Joanna Newsom: he estimates he’s engineered the recording of 1,500 to 2,000 albums. Amanda Palmer is keyboard-demolishing half of the Brechtian punk-cabaret act Dresden Dolls, now famous for using Kickstarter to raise a whopping $1.2 million to fund her most recent solo album, Theatre is Evil.

The drama started when Albini posted this and other messages to his Electrical Audio board online in response to Palmer’s attempt to crowdsource musicians for her upcoming tour. In an interview with The New York Times, Palmer stated that she could not afford to pay the working string and brass musicians necessary to make up her touring band, instead asking professional musicians to accept compensation in the way of beer, hugs, high-fives and merch if they offered to participate (Palmer estimated it would cost around $35,000 for all of the tour dates).

Negative responses quickly flooded in from fans and professional musicians all over, accusing the move as being unfair and unprofessional, including a Seattle musicians union, and Albini. After Pitchfork and other major Chicago and national news outlets reported, Albini went on to clarify his comments on another post. Palmer responded quickly to the comments on her blog, saying:

“if my years working as a street performer taught me anything, they taught me to accept help in every way, to never be too proud or too afraid to ask for it… i’ve built my life as a musician, like many many people in rock and roll, playing for free… a LOT”, she writes. And later, she offered up a bolder and simpler message: “YOU HAVE TO LET ARTISTS MAKE THEIR OWN DECISIONS ABOUT HOW THEY SHARE THEIR TALENT AND TIME.”

A few days later, in what could have ended in a drawn-out battle of punditry in the media, Palmer turned off the caps-lock and posted that she would start to pay musicians in cash in addition to swag, paying former players retroactively.

Though the feud carried on for just a few days before apparently resolving, it raised a lot of questions about how working artists and musicians are paid for their time. Albini has admittedly used a sliding scale for his own engineering in the past (now charging a flat daily studio rate). Palmer hasn’t stated how much her musicians will end up banking for the tour, but Albini did his original statement to reflect what most of the industry has been saying for years: “a new music business paradigm, if it is worth anything, should strive to be free of exploitation and be honest about its motives. … Nobody’s an idiot, some ways of conducting business are just uglier and more exploitative than others.” 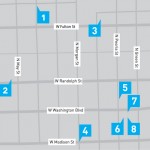