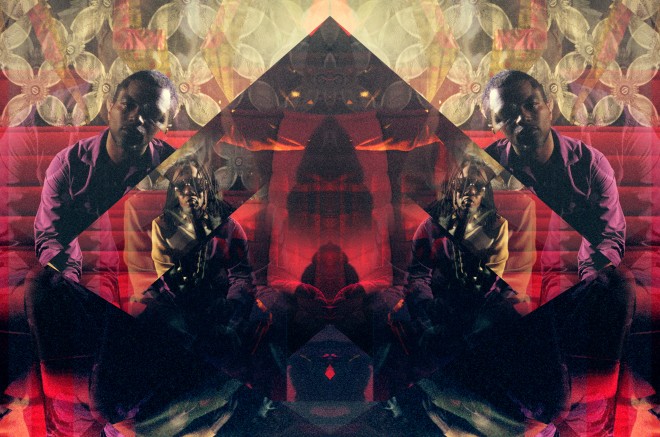 Describing the music of Shabazz Palaces is a hipster music writer’s dream come true. One need simply come up with the wildest, weirdest adjectives (that may or may not be musical describers) and string them together. Here’s an example culled from various reviews across the internet: like rich velvet hijabs or gold threaded abayas; hypnotic, exotic and bizarrely prophetic; from cryptic to soothing, from elevator-esque to mesmerizing; a head trip that favors complicated rhythm patterns and dense, off-kilter atmospherics. The fact is, none of these descriptors is off (or even a stretch). Shabazz Palaces make a unique breed of hip hop that defies categorization, genre labels and any other box you want to shove them in. They are weird, funky, transcendental and sound like tearing a rosary and dropping the beads into a porcelain bathtub half-full of champagne and ground rose petals.

Shabazz Palaces are a duo comprised of Ishmael Butler (Butterfly from Digable Planets in another life) and Tendai Maraire. For live shows Butler runs the loops and samples while performing the majority of vocals, and Maraire accompanies and harmonizes using congas, mbira and other live instruments. The result is a bizarre mélange of contemporary electronic hip-hop and traditional African instrumentation.

An easy analogue for understanding Shabazz Palaces is to place them at the opposite end of the spectrum from the other recently “hipster-approved” hip-hop group Odd Future Wolf Gang Kill Them All. Where Odd Future tried to take up the mantle of N.W.A, albeit through a decidedly juvenile lens, Shabazz Palaces is more interested in channeling the astral projections of afro-futurist predecessors like Sun Ra and John Coltrane. Odd Future creates anthemic, anti-establishmentarian chants and sing-alongs, while Shabazz Palaces defies pop convention at every turn. That’s not to say Shabazz Palaces aren’t danceable — a classic hip hop groove is the foundation of nearly every song. It’s just that in the process of creation, that groove has been flipped and turned up side down until it sounds like sonar messages from space dolphins.

Butler’s lyricism is equally dense and focused on the transcendent. He rides his weird beats with preternatural intimacy while commenting on the state of hip hop, espousing twisted love chants or simply waxing philosophic. For their live performance Butler and Maraire even involve some light-hearted synchronized dance moves that seem like an inversion of 1990s R&B bands like Bell Biv Devoe, a simple light hearted touch that the crowd simply ate up.

The audience at a performance like Shabazz Palaces’ is always guaranteed to be intriguing. No fool walks in off the street for a show like this. No yuppie couple heard a single on the radio and wanted an easy date night. This is a show for hipster hip-hop heads, exclusively. This air of exclusion can certainly be irritating in other examples, but it works for Shabazz Palaces because their music really does seem astrally connected to some kind of universal consciousness (I can’t believe I just wrote that… and believe it). This lends their show the feeling of tent-revival mysticism — or lava lamp, smoke ring, faux-intellectualism.

Shabazz Palaces are not for everyone. To accompany me at the show I brought a friend who was a fan of Digable Planet back in the day. I’m an unapologetic fan of Shabazz Palaces and knew what to expect while this was his first experience with the group. He was confused and bored, eventually leaving before the show ended. So while I highly recommend Shabazz Palaces and their live performance, that suggestion comes with the strong caveat: it’s a bizarre, esoteric sound, seemingly designed to engender obsessive fans and passionate haters with little ground in between. 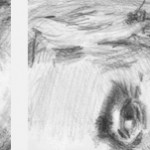 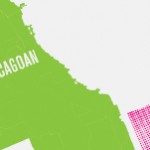