In February, F Newsmagazine published an interview with Ilan Pappé, the author of “The Ethnic Cleansing of Palestine.”

Pappé claims that Israel was established in 1948 as a result of the “Nazification of the Palestinians” at the hand of the Jewish Zionist leadership who sought to ethnically cleanse and de-Arabize Palestine.

A recent PBS documentary called “Auschwitz” defined a Nazi as “one who opposed democratic government, sought territorial gains, and ultimately strove for the elimination of all non-Aryan races.”

Israel, however, is currently the only established democracy in the Middle East. 160,000 Arabs who accepted Israel’s invitation for citizenship and peace in 1948 now make up over 20 percent of the Israeli population. As with all minorities in Israel, Arab-Israelis enjoy full human rights, including religious, sexual, political and free speech. Many Arabs hold high positions in the Israeli government, Supreme Court and military.

Ilan Pappé claims that Israel seeks to “downsize the Palestinian population.” You would then expect that the 750,000 ArabPalestinians who had lost their homes as a result of the ArabIsraeli war in 1948 would have decreased in number or remained dormant. A recent poll issued by the UNRWA (the United Nations Relief and Works Agency for Palestinian Refugees) stated that there are over 5 million Palestinian refugees in the world today, and only a third of them are registered in the UNRWA refugee camps of Jordan, Syria, the Gaza Strip, Lebanon and Israel. This number does not include the descendants of the 850,000 Jews who became refugees from Arab countries also as a result of the Arab-Israeli war in 1948 nor does it explain why no Arab country has ever offered to absorb these Palestinians.

Ilan Pappé believes that the peace process has not “provided the goods” and would not do so in the future. Instead, he proposes supporting the BDS (Boycott, Divestment and Sanctions) movement that seeks to destroy Israel while ignoring the greatest obstacle to peace: terrorism.

In 1967, Israel accepted United Nations Security Council Resolution 242 that says that in exchange for some of the land Israel had acquired in the war of 1967, the Arab states would acknowledge Israel’s right to exist within secure and defensible borders. Since the resolution, Israel has given back 91 percent of that land to Egypt and water rights to Jordan. Following the 1993 Oslo Accords and in an effort to promote peace with the Palestinians, Israel fully withdrew from the Gaza Strip in 2005, and has given the Palestinian Authority control over 98 percent of the Palestinians living in the West Bank.

The BDS movement refuses to condemn the extremist goals of terrorist organizations like Hamas who seek the annihilation of Israel while continuing to restrict the basic human rights of their own people. Palestinians living in Gaza under Hamas suffer from unwarranted torture, arrest and imprisonment.

As stated by Palestinian-Israeli reporter Khaled Abu-Toameh, to be a true pro-Palestinian advocate means to publicly fight against the moral and financial corruption of Fatah and Hamas, and not, like Ilan Pappé, call Israelis Nazis or support a movement like BDS.

By Daryl Meador and Annan Shehadi

The most basic definition of Zionism calls for a Jewish state in historic Palestine. The movement began in the 1890s and came to fruition in 1948 when Jewish militias destroyed over 400 Palestinian villages and violently expelled at least 750,000 Palestinians from their homes. The rightwing and nationalistic militias, most notoriously the Irgun and the Stern Gang, hoped to achieve great territorial gains not only in Palestine, but in all of Transjordan for the not-yet-established state of Israel. In doing this, they advanced an ideology that called for the elimination or expulsion of non-Jews, particularly native Palestinians, in the land of Palestine. As the first Prime Minister of Israel, David Ben-Gurion stated, “I support compulsory transfer. I don’t see anything immoral in it.” These actions were what Ilan Pappé referred to when he claimed that 1948 saw a “Nazification” of the Palestinians at the hands of the Jewish forces – the Palestinians were punished for the actions of the Nazis in the Holocaust.

The Zionist movement is directly responsible for the largest refugee population in the world, numbering 4.3 million as registered by the United Nations, but 7 million by the Palestinian people, as the United Nations does not consider those expelled in 1967 as refugees but “displaced persons.” The Palestinian refugees were met with ill treatment in many neighboring states, but this does not justify Zionism and absolve the violent creation of Israel from its ultimate responsibility for the creation of these refugees.

Israel cannot be a just democracy when it has occupied a people for decades and disallows them basic human rights. Today around 90 percent of the land in Israel is under the control of the Jewish National Fund and cannot be sold or rented out to the non-Jewish population. The Bedouin population within Israel experience constant destruction of their villages, so much that the village of Al-Araqeeb has been demolished and rebuilt 21 times.

Palestinians within Israel are allowed to vote, but they constantly suffer under discriminatory policies. In the occupied West Bank, Israel builds Israeli-only settlements connected by Jewish only roads. Palestinians and Jews have differently colored IDs and license plates. Palestinian land and resources are systematically stolen. Israel’s apartheid wall is not built on the Green Line, but built within the West Bank, effectively cutting off much land from its Palestinian owners and destroying their livelihoods.

Backed by the US, Israel’s ongoing colonization and oppression is proof of the ineffectiveness of the peace process, which has offered no just solutions for the Palestinian people. In 2005, Palestinian civil society issued a call for boycott, divestment and sanctions on the state of Israel as a means of non-violent resistance to its continued military occupation and apartheid. Inspired by the movement that helped topple apartheid in South Africa, BDS is not an attack against Israeli people but against the institutionalized system of oppression against the Palestinians. Ending the occupation and systematic discrimination against the Palestinians is not about being pro-Palestine or anti-Israel, it is about being pro-justice and propeace for all. 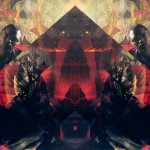