David Hartt’s “Stray Light” at the Museum of Contemporary Art. 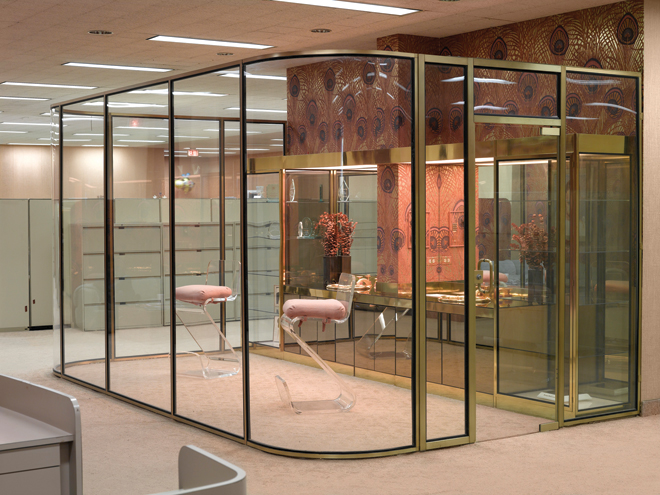 Imitation teak paneling, burnt orange, glaring brass and dusty mauve – the aesthetics of midcentury “negritude” set the stage for an immersive and engrossing contemplation on the rise and fall of the Johnson Publishing Company in David Hartt’s new show at the Museum of Contemporary Art Chicago. The inaugural exhibition of the museum’s new media-based “MCA Screen” series, “Stray Light,” draws on a multitude of material and media sources to interrogate the socioeconomic undercurrents of the culture industry as embodied by the publisher of Ebony and Jet magazines. The company built its opulent Michigan Avenue headquarters in 1971 at the height of its success, only to embalm themselves in an elegantly preserved mausoleum to bygone values as the company suffered public financial troubles and, ultimately, sold the John Moutoussamy-designed building in 2010.

Michael Darling, James W. Alsdorf Chief Curator, curated the show (with cooperation from local gallery Corbett vs. Dempsey), consisting of a series of photographs and a 12 minute video of the company headquarters scored with a contemporary (yet deliciously retro) soundtrack by flutist Nicole Mitchell. The MCA notes that magazine title Ebony is, itself, a material reference, suggesting that perhaps there is a carefully drawn tautology between our own identity and those signifiers in the natural and manmade environment with which we surround ourselves.

The newest technologically available materials,
the most forward-thinking corporate configurations
and, ultimately, a magazine that they hoped might
transcend the boundaries of black mass culture.

For Hartt, a black-Canadian artist raised by Anglo-Jewish academics in suburban Montreal, race is very much an “aggregate construct,” where, wielding a camera, he is able to create what Homi Bhabha refers to as a third space: the work is not an autobiographical embodiment, nor is it a distanced anthropological study. Rather, Hartt subtly inserts his own subjectivity (he spent years developing a relationship with the company in order to receive such unimpeded access) in order to follow with a sympathetic eye the construction of a new black identity in the United States through the accumulation of things.

In one shot, a tribal sculpture alights on top of a receptionist’s desk set against the suddenly less synthetic-seeming fibers of the faux-rattan wallpaper. In the next, a naturalized portrait of a young black woman is set against a more feminine backdrop, recalling the contemplative virtue of the Harlem Renaissance. Hartt gives equal priority to the referents of modern office life, however, including close-ups of smiley face mugs and stickers speaking to the still almost entirely black employees, perhaps less fashionable or erudite than founder Joe Johnson had originally imagined.

As a backdrop for these contemporary banalities of office culture, the sociocultural subtleties of Elrod’s interiors come to life.

A sort of cross between the orientalizing ethnographic exhibition designs of Rene D’Harnoncourt and others of the same period and the smart, aphoristic virility of the mid-century bachelor pad, the conscious selection of such interiors reinforce but also reinform notions of what this particular moment of self-identification entailed. Earthy and ontologically deterministic, to be sure, but also engaged in futurism: the newest technologically available materials, the most forwardthinking corporate configurations and, ultimately, a magazine that they hoped might transcend the boundaries of black mass culture.

In Hartt’s configuration, “futurity” is figured as a radically different but no less legitimate heir to Johnson’s aspirations. Soul singer Janelle Monae, featured on a recent Jet cover, is captured against a sea of faux-wood finish, an artist multifaceted and innovative in her syncretic combination of cultural and temporal references and fearless in her expansion of the codes of gender (and humanity) in a rigidly structured genre. Part James Brown, part cyborg, Monae seems to herself embody the contemporary feedback loop of identity formation to which Hartt refers. It is the reexamination of such expired utopias that preserves their value, like stray light in a closed room. 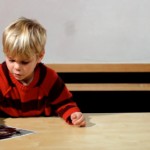 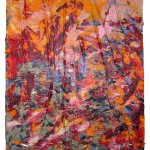