What does your television do when you’re not watching? 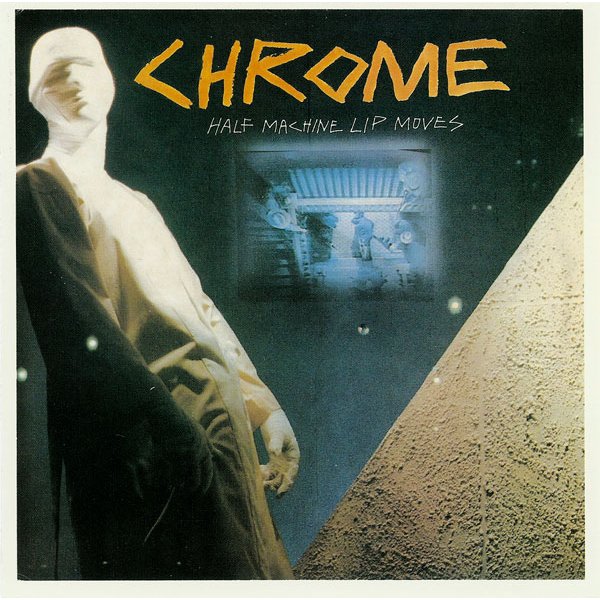 What does your television do when you’re not watching? Chrome’s 1979 LP Half Machine Lip Moves is a record from a band that tries to harness the hidden waves of buzz and static that could be there when you’re not — because, well,  you never know. The cover art is oblique and collage-y pointing directions in every which way and embracing the feel of noise and grit. No matter how you look at it, it never really feels like a complete statement. It’s more like a half-executed command at a DOS prompt, flashing with muted VGA colors and faceless anthropomorphic form. The stucco of a concrete wall stares from the righthand side like an unblinking fortress while the front-and-center screen screams out like a flickering abyss.

It’s hard to pick out highlights from an album like this, mainly because it’s engineered in a way that keeps you from pinning it down in any way. Every time I listen to this album, I leave it on in the background, later coming back and expecting to be 10 tracks in and finding it in the middle of track three. It’s a clusterfuck, and it embraces it. “Zombie Warfare (Can’t Let You Down)” is a good example of the jumpcut structure Chrome uses. The first few minutes of the track get you grooving to a flanged punk attack before buzzing suddenly into an entirely new freakout, complete with clanking metal rhythm and howling vocal nonsense. At the mid-point, the band changes gears again, providing no segue into a Krautrockian exercise in off-kilter cymbal smashing. It’s a bit like flipping mindlessly through TV channels during a thunderstorm.

The band manages to keep a playfully irreverent sound throughout the record despite the harsh noise that runs through each track. “Creature Eternal” is a particularly bubbly song that uses the sound of something run through five too many effects pedals — is that a guitar or an organ or an electronic poltergeist? Between the jovial bounce of the track and its likeness to an 8-bit dungeon crawling soundtrack, this is one of the tracks that signals Chrome’s insight into future trends. The band received hardly any recognition for its efforts until the 1990s, ostensibly due to the spike in popularity of cyberpunk themes, but it managed to cover both the heavy and light aspects of that subculture effectively. Hearing tracks like these two samples gives a glimpse into the mechanical mainlines of a William Gibson novel or the apocalypse-fried wasteland of Tank Girl. It’s one side of the dark humor of Gen X, bleeding through a cracked CRT.

At the end of the record, after the stumbling bass heavy “Critical Mass”, the record comes to a half-mumbled conclusion, leaving the whole work to fade into a distant, out-of-focus nightmare. And like most 4 a.m. binges of bad TV, the silence immediately afterward is a deafening stupor that leaves you wondering where the last hour of your life has gone. 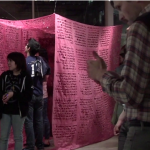 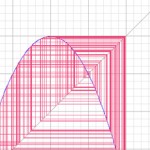