Has anyone else noticed that post-recession magazines are actually getting thicker?  Like, longer, but also made of paper so earthy and tactile it starts to feel suspiciously like cardstock?  These new alternative quarterlies blur the lines more and more between book and magazine culture with their strip bindings and meticulously designed layouts.  Thusly, I’ve decided …

Has anyone else noticed that post-recession magazines are actually getting thicker?  Like, longer, but also made of paper so earthy and tactile it starts to feel suspiciously like cardstock?  These new alternative quarterlies blur the lines more and more between book and magazine culture with their strip bindings and meticulously designed layouts.  Thusly, I’ve decided that they deserve just a little bit more of my time.  Real time.  Not internet skimming-tabbing-rssing-pinning time, but fingers and hands and sitting at the kitchen table with a thing time.  So, for each post I’ll be IRL reading another periodical and sharing my thoughts on both the publication in general and the issue in specific. 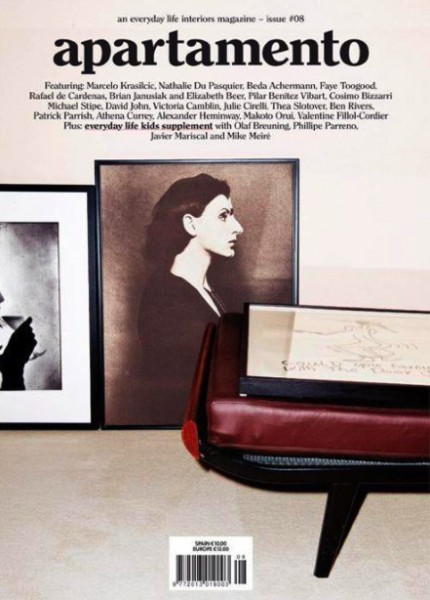 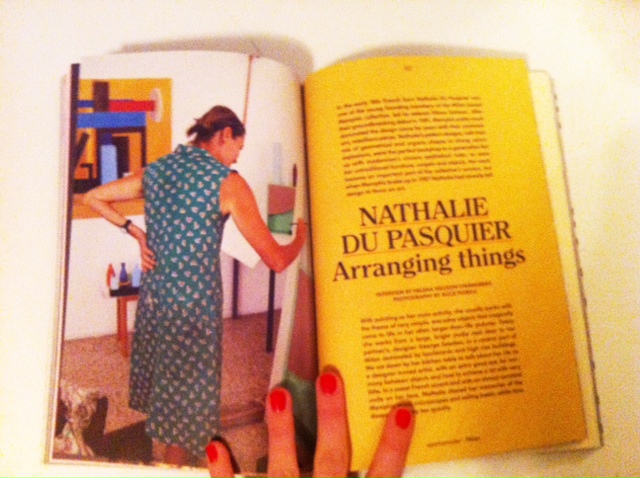 The graphic design in this issue is clearly inspired by one of its cover stories, an interview with former Memphis (the iconic 80s Italian design collective, not the second city of Tennessee) member Nathalie du Pasquier.  Another of several recent iterations of a renewed interest in Memphis’ buoyant postmodern aesthetic, apartamento‘s binding and the photo-frames of the issue’s layout draw from Pasquier’s graphic and colorful textile designs for the collective and her painting since Memphis’ dissolution in 1987. 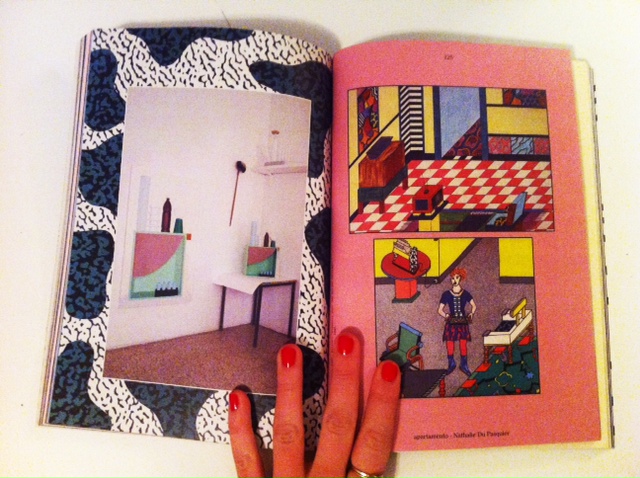 The interview, sandwiched smack in the middle of the volume and titled “Arranging Things,” is an apt organizational tool for the issue as a whole.    For a magazine brought together with the intention of showing how fancy people “really” live (a laudable but fraught goal), issue #08 shows a whole lot of styled and staged spaces.  The cover, for example, with its planar arrangement of monochromatic framed photos and drawings, horizontally intruding from the picture plane in black and cream on a similarly hued leather ottoman.  Precariously arranged baked goods and human bodies, in turn, litter the pages in unlikely and uncomfortable configurations. 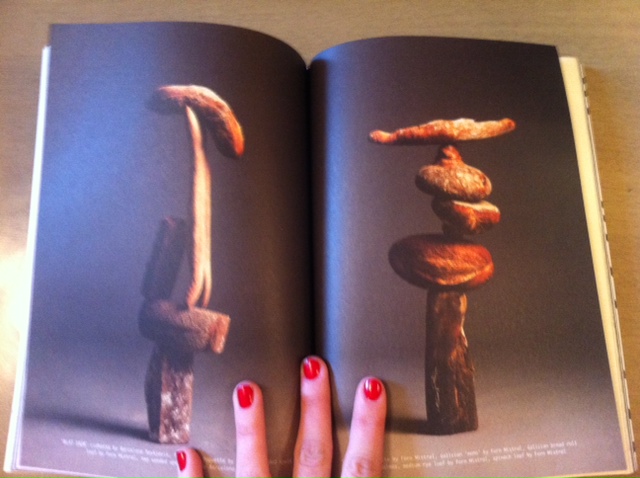 An interview on the contemporary design market between dealer Patrick Parrish, designer Rafael de Cardenas and Phillips du Pury specialist Alexander Hemingway perpetuates the feeling of instability in the field, teetering between a continued commitment to “high design” and an un-ironic move towards “fat and squishy suburban couches.”  There’s a real, sincere interest in authenticity here, with a heated debate breaking out (in 2012, mind you) about the value of Julius Schulman’s iconic, and heavily staged, architectural photographs in Los Angeles versus the opulent marble lions and macrame planters that Mies wouldn’t allow photographed in Edith Farnsworth’s weekend house in the Chicago suburbs. 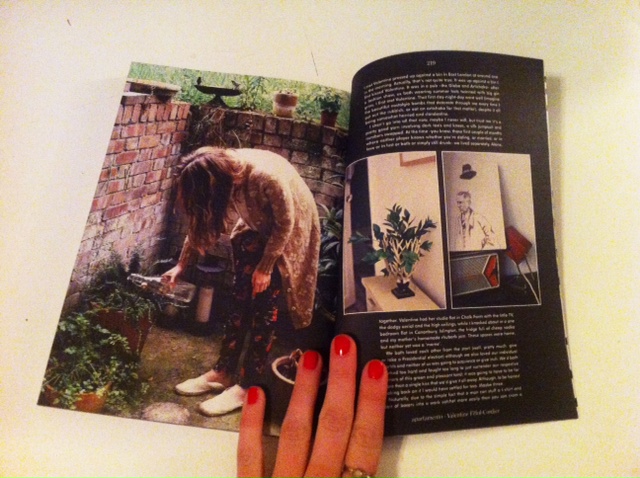 So, what gives?  Clearly, apartamento is onto something as one of the most popular of this new wave of alt-periodicals.  Is the construction of the non-aesthetic something you feel is a move away from design-as-such, or just another cultivated look?  Is “interiors” even the right descriptor for this makeshift lifestyle of studied cool?  And if undesigned spaces are the new normal, do they need a magazine? 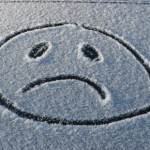 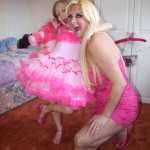 What Every 8-Year Old Girl Wants For Her Birthday