A neighborhood’s gentle shift from hood to hot spot. 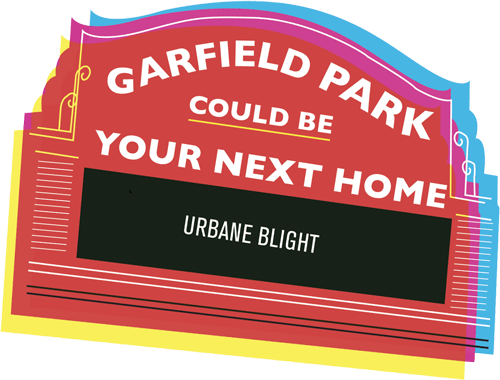 A neighborhood’s
gentle shift from
hood to hot spot

After years of being
politely described as a “troubled” neighborhood by the mainstream media, East Garfield Park – a Westside community with high crime and foreclosure rates – has, as of late, been the recipient of an unprecedented amount of positive attention.

From a profile in the Chicago Tribune to F Newsmagazine’s own review of a Mark Booth show staged in an area gallery last month, East Garfield Park’s burgeoning arts scene has been portrayed as a revitalizing force in the community by artists and journalists alike. But with its increased profile comes concerns about the consequences that this spike in popularity could have for the neighborhood’s black residents.

Artists have sometimes been called the “shock troops” of gentrification and not without reason. Journalist Dan Knauss summarizes the phenomenon: “Students, artists, and other ‘bohemians’ settle in depressed, low-rent districts and then complain about the influx of yuppies that follows them, driving the bohemians out as prices rise.”

Even though artists and young stockbrokers may have different values, they still “favor a local economy centered around things that are perceived as non-essential ‘specialty’ items: arts and crafts, health food, micro-brewed beer and rock bands,” Knauss points out.

In recent years, gentrification in Chicago has been marching steadily westward from the Loop, transforming working-class neighborhoods like Ukrainian Village and Wicker Park into trendy nightlife locales, and prompting realtors to keep their eye on neighboring East Garfield Park. In 2007, Business Week deemed it one of the nation’s most notable up-and-coming neighborhoods, sparking a flurry of Westside-interest in investors and speculators.

The economic crisis of 2008 dampened that fervor, but some speculators still consider the neighborhood a viable prospect. A poster on the real estate website NabeWise advises: “The housing stock in EGP is impressive to say the least. There are a vast number of graystones and other 19th century housing that can be procured for exceptionally cheap prices. … If you were to buy real estate here, chances are good that in five to ten years the return on your investment will be large.”

30 percent of East Garfield Park’s residents
earn under $30,000 a year, while another
thirty percent earn over $60,000 a year,
a statistic that complicates its image as a
poverty-stricken, troubled neighborhood.

Most people dwelling in metropolitan areas are familiar with the consequences of gentrification: long-term residents, unable to make payments on the drastically increased rent and property taxes, are forced to move from their communities, oftentimes to neighborhoods with less resources and higher crime rates. But Knauss feels that not enough people are aware of the role that artists play in gentrifying an area.

While he concedes that “artists who just want a space of their own obviously have difficulty with the idea that their own way of life might drive them and other people out of a neighborhood,” he also claims that “a study by the National Endowment for the Arts has shown that downtown gentrification in cities all over the U.S. increases in proportion to the number of artists in the area.”

Upon first glance, it might be tempting to pigeonhole East Garfield Park as yet another example of this trend. A 2011 Tribune profile of the neighborhood entitled “East Garfield Park: the Next Artists Frontier” takes pains to illustrate the disconnect between the art scene and the rest of the Garfield Park community. Artists, gallery owners, and residents alike are quoted as wishing for a stronger relationship with one another. Gallery Julius Caesar expresses an interest in outreach programs, but bemoans a lack of resources; a native of the neighborhood is shocked to hear of the existence of the Albany Carroll Arts Building, which has been a fixture of the East Garfield Park arts scene for over two decades and wonders why the building offers no community programs.

However, merely focusing upon the lack of large-scale, systemic connections runs the risk of painting an overgeneralized picture of East Garfield Park; furthermore, so does describing it as a “blighted” area being encroached upon by artists. East Garfield Park is unique among Chicago neighborhoods in many ways, not the least for being home to a national attraction.

The Garfield Park Conservatory is widely acknowledged as one of the most impressive conservatories in the United States. As a free, safe and publicly-owned tourist destination, it serves as a gathering place in the neighborhood, and as a place where residents of differing socio-economic statuses can come together. The Conservatory sits squarely within Garfield Park itself, which – at 184 acres – comprises 20 percent of the community.

The Garfield Park Conservatory Alliance and the Garfield Park Community Council, two non-profit organizations dedicated, in the words of the Alliance, to enhancing “the environmental, social, and economic vitality of Chicago’s West Side,” already serve as outreach organizations in the community, accounting artists, long-time residents, and realtors among their ranks.

The Garfield Park Community Council has developed a retail plan that calls for a walkable commercial district, which Tomas says reflects the desires of most of East Garfield’s Parks residents: “We don’t want big box stores, and we don’t want to become Michigan Avenue.” He also thinks that becoming more racially diverse can only be a good thing for East Garfield Park; it was the only West Side neighborhood to report growth during the 2010 Census, thanks to the white and Latino residents trickling into the community.

But he believes that East Garfield Park’s unique geography – whereas certain blocks were once busy commercial strips, others used to be industrial corridors, existing side-by-side with residential blocks – ensures that certain blocks will retain affordable housing even as others begin selling houses at market rate. “We want to avoid the ‘up-and-coming’ label,” he says. That, he says, only attracts speculators who have no long-term interest in the community.

The stereotypical image of the gentrified neighborhood is one of a community that has long been neglected by the city surrounding it. However, this image does not accurately portray East Garfield Park; 20 percent of the neighborhood is managed by the Chicago Parks Department, and lively outreach programs operate out of the Conservatory. If nothing else, the city is certainly aware that it exists.

The neighborhood is still a food desert, and foreclosure remains an issue. But publicly-owned spaces are a much more visible part of East Garfield Park than they were in Wicker Park, Ukrainian Village, and other gentrified areas, giving the neighborhood a different character. Though they may inhabit different socio-economic spheres, incoming residents and long-term residents have a place where they can interact as equals.

The Conservatory and Garfield Park itself were big draws to artist Sharon Bladholm, who lives in East Garfield Park, is a member of the Garfield Park Community Council and has had studio space in the Albany Carroll Arts Building for the past 22 years. “I understand that if artists are working their day jobs and coming to their studios for two hours, they probably aren’t going to interface with the neighborhood much,” she says.
But as a resident who “absolutely loves the neighborhood,” she feels that her work has been enriched by living in East Garfield Park. “My work is very inspired by organic forms, so being near the Conservatory has been wonderful.”

Before moving to East Garfield Park, Bladholm had studio space in Wrigleyville, “when it was still kind of seedy and funky.” She left shortly after the Chicago Cubs began playing night games, which made the already-packed community feel even more tightly squeezed and which drew a different crowd to the neighborhood: the beer-swilling suburban transplants that Wrigleyville is so well-known for today.

With these transplants came more sports bars to serve them. The neighborhood became inhospitable to artists, something that became clear to Bladholm when she returned to her studio the morning after a night game only to find that the sign hanging over her door had been stolen. “Obviously, I’d have no way of knowing, but I always imagined that it’s hanging in a rec room in the suburbs somewhere.”

Wrigleyville can no longer be described as seedy, funky, or a resource for studio space, complicating Knauss’s claim that yuppies and artists basically want the same thing from neighborhoods: micro-breweries, health food, and music venues. If artists are out-of-place in “blighted” neighborhoods, they fit in no better in “trendy” areas.

But Bladholm doesn’t feel out-of-place in East Garfield Park at all. Having lived there for decades, she has forged bonds with her neighbors. While she concedes that there is a lack of large-scale artistic projects in the area, she casts doubt upon the claim that many East Garfield Park residents are ignorant of Albany Carroll’s existence. “My eighty-year-old neighbor – who I bring green tomatoes to from our artist’s garden – he certainly knows we’re here.”

Painter Tracy Ostmann, another resident with studio space at Albany Carroll, also describes East Garfield Park as neighborly. “It’s the only place I’ve ever experienced a neighborly atmosphere, in that I know and talk to all of my neighbors, most of whom are native to the area. We invite each other over for barbecues or share food with less fortunate neighbors. We’ve banded together for causes from barking dogs to garbage issues and street light outages.”

Ostmann does worry about the possibility that many of her neighbors could be forced out if the neighborhood begins to gentrify entirely. But to call artists like Ostmann and Bladholm gentrifiers is to overlook the fact that they have forged bonds with their neighbors and have developed an attachment to the neighborhood as it is – not as they want it to be.

In Bladholm’s opinion, this might serve as a model for a different approach to the search for artistic havens – one that, in keeping with the theme set by the Conservatory, is a bit more organic. 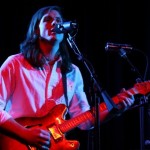 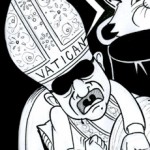 One Response to Careful Colony