The Rainbow Behind the Junk

Overwhelming, exuberant and a little alarming, “Uppers and Downers,” a new collaboration between Chris Vorhees and SIMPARCH, quite literally takes over the lobby of the University of Chicago’s Smart Museum of Art. The installation consists of a row of featureless Formica cabinets flanking the Smart’s rectilinear lobby space that erupt into a rainbow-hued arch reaching skyward (or atrium-ward, in this case) with cabinet doors flung open as if to evoke glowing rays of primary-colored illumination. Both sets of cabinets are under-lit with neon, underscoring the effect. But the subtler, and far more treacherous, feature of the installation is its “downer,” a working sink installed to the far right of the earth-bound cabinets, faucet on and water overflowing across the counter space and dribbling off its precipice to the ground (and exposed neon lights) below.

Vorhees creates experimental
furniture, typically in the synthetic
materials of Cold War Americana,
which is in equal turns playful
and deeply satirical.

This type of surrealist meditation on the role and significance of the built environment is what both Chris Vorhees and SIMPARCH artists Steven Badgett and Matt Lynch have pioneered in their Midwestern practices over the last decade. SIMPARCH has been active since 1996 creating large-scale, interactive works that question the role of site, function and sustainability in a quasi-architectural practice that blurs the line between digital culture and DIY. Former projects have included their breakout work, “Free Basin” (2000), a sinuously sculptural and fully functional skate pipe, was commissioned by U of C Professor Hamza Walker for the Hyde Park Art Center and was later recreated for Documenta XI (2002). The two artists, based in Chicago and Cincinnati, have a long history with the University of Chicago, with a prior installation and soundscape at the Renaissance Society in 2001 and one of many earlier collaborations with Vorhees included in a 2009 Smart exhibition. Cincinnati-based Vorhees creates experimental furniture, typically in the synthetic materials of Cold War Americana, which is in equal turns playful and deeply satirical. 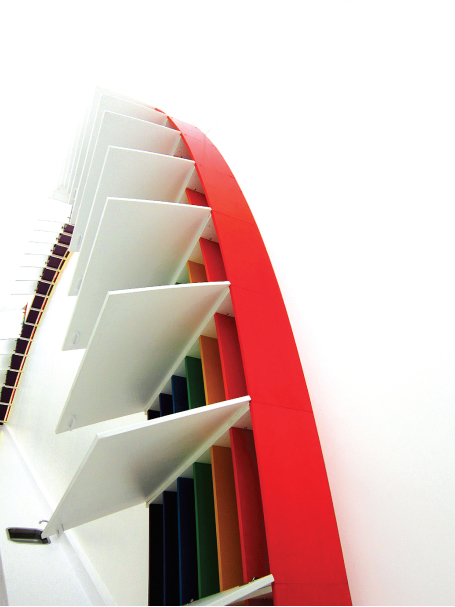 “Uppers and Downers” is no exception, as the work functions on a multitude of levels to question ideas between domesticity, American life and imagined utopias. The imagery of a rainbow arching above a waterfall certainly has Arcadian overtones, yet imbued with cynicism as the work in question inherently refers to the breaking down or abandonment of systems: faucets that do not work and cabinet doors that will never close. The poignancy of this discord seemed especially apparent during my visit, when technical problems had shut down the waterfall and the cabinets had been repurposed as, of all things, cabinets, holding cleaning materials and caulk guns in their hollows. This cyclical reinvestment of function gives the work some semblance of a happy ending after all, an unforeseen, latent potentiality of which the artists would surely approve.

Smart Museum curator Stephanie Smith, who conceived of the museum’s new Thresholds series of which “Uppers and Downers” is a part, speaks of the work through the relationship between domestic landscapes and over-consumption. Seen through this lens, the work bifurcates further into two distinct paths: that of hiding one’s accumulation behind the façade of neatness that closed doors allow or of flinging the doors open to expose the rainbow behind the junk. As they say, the cabinet is the window to the soul. Or, something like that. In the context of an organization like the Smart whose very mission is based around collecting, this modern day curio cabinet is charged by the objects missing from its shelves but available just a few steps away, beyond the gallery threshold.

“Uppers and Downers” at the Smart Museum through Dec 16.

Arts & Culture, Uncategorized The Rainbow Behind the Junk
« Previous Story 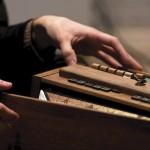 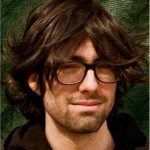