A collection of short stories by SAIC students reflecting on the nature of the American dream.

As the full-fledged Occupy movement disseminates its seeds from Wall Street to every major city in the country the founding spirit of a democratic America seems lost in the volatile class war. The Tea Party called on us to “ take back America.” But whose America is it? Have we lost sight of what the Real America looks like?

The America we know doesn’t only exist in grand political gestures and promises. It’s a time for artists to take on the role of voicing our hopes and concerns. Through these short stories, we can have a glimpse of the real “Americanness” revealed in small moments of joy, of celebration, of despair, and of revelation. 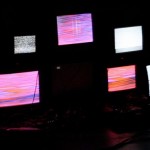 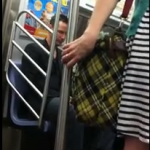 Keanu Reeves Gives Up His Seat on Subway