Reduced Price Pepper Spraying
After the incident of a police officer pepper spraying UC Davis students during a peaceful protest went viral, pepper spray was used again for a very different reason: in defense of consumerism. On Black Friday, one of the biggest shopping days of the year, a woman in a Los Angeles suburb pepper sprayed her bargain hunting opponents, injuring up to 20 people. The woman appeared to be defending an Xbox, and has yet to be identified.

Craigslist Killer(s) Strike Ohio
A 16 year old high school junior and a 52 year old Pastor have been arrested on charges of the murder in Ohio. The killings are connected to a Craigslist posting offering a job that would involve watching over a farm for 300 dollars a week. Upon entering the woods for an interview, at least three men were shot and buried in shallow graves. The man, who had a past criminal record, and the teenager are both awaiting trial for the murders.

Historic Vote in Egypt
Egyptians went to the polls on November 29 for their first election following the ousting of Hosni Mubarak. The election comes after nine days of intense civil unrest calling for the end of military rule, which left at least 42 dead and more than 3,000 wounded. Analysts are predicting that the Muslim Brotherhood’s Freedom and Justice party will emerge as the biggest winner in the elections based on preliminary results.

Thanksgiving at the Occupation
On Thanksgiving day, Occupy Wall Street protesters in New York City celebrated by serving roughly 4,000 hot meals in Zuccotti Park. Meanwhile, activists with Occupy the Hood dropped off meals in Harlem, Brooklyn and the Bronx. Locally, Occupy Chicago occupied the annual McDonald’s Thanksgiving Day Parade on State Street and began their own People’s Parade instead.

A Day of Mourning for Native Americans
While many filled their stomachs with turkey and potatoes on Thanksgiving, the United American Indians of New England marked the 42nd National Day of Mourning in Plymouth, Massachusetts. During the event, the group described the the massacres of indigenous peoples not discussed in connection with the holiday, and their continuing discrimination. They also expressed solidarity with struggles around the world, from the Occupy Movement to Palestine, calling for all struggling peoples to unite. 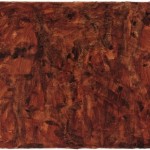 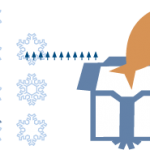