Emil Svanängen’s porcelain voice seems as though it would soothe even the most desperate of men. 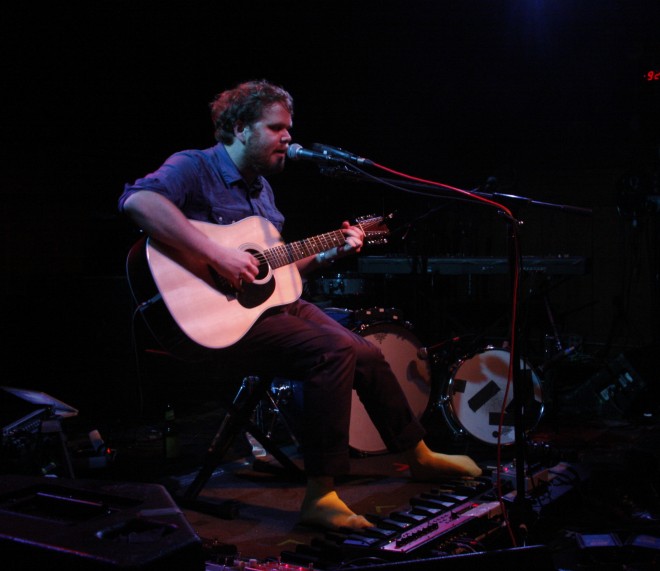 The star of the show was a pair of canary yellow socks, traipsing deftly over a span of levers and pedals. To be more accurate, the star was Emil Svanängen, a soft-spoken Swede who performs as Loney Dear. When the bearded Svanängen took the stage, he removed his black leather shoes, placed them to the side and offered the crowd a polite whisper: “Hello, I’m Emil. I make music and I’d like to share this with you.” Then, with a strum of his guitar and a glissando of glowing yellow toe and heel, he set off an evening of mannered, careful and lovely music.

Loney Dear is essentially a one-man band. While that’s not such a rarity in music these days, he may be the smoothest. Anyone who’s seen Andrew Bird knows that he requires a few moments before each song to get his loops going. When Loney Dear does it, the loops seem to arise organically from the progression of the song. If you weren’t watching Svanängen carefully (the way his feet slide across the pedals is impressive, if distracting) you might think he was playing over recorded samples.

Midway through the set, Svanängen whispered into the mic “Now is my favorite part, where we do the singing.” He then picked an F on his guitar and asked the crowd to sing the note. A burly fan next to me rang out in a clear tone, setting an example for the rest of the audience. Surprised, Svanängen exclaimed that our pitch was perfect and began a song where, with a “come hither” wave of his hand, he enjoined the crowd to accompany him with our own lovely F. The swell of music from the audience mingled lightly with Svanängen’s own dulcet tones. The result was a perfectly executed bit participation that brought the crowd deeper into the frosty music.

The song “Calm Down” served both as a quintessential example of the Loney Dear sound and as an artistic statement of purpose. The lyrics simply repeat variations of, “Slow down, there’s nothing after you / Back down, there’s nothing after you.” The tone and grandeur swell slowly as they move toward a crescendo that never arrives. Loney Dear is nothing if not patient, and his porcelain voice seems as though it would soothe even the most desperate of men.

The precious quality of Loney Dear’s sound impelled the audience into impressive levels of silence. Even the near silent whirring and click of my camera sounded deafening in a room slowly filling with Svanängen’s lovely tone. The crowd was patient, contemplative and appreciative, an ideal audience and venue for music of Loney Dear’s quiet and patient nature. 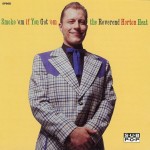 Reverend Horton Heat – Smoke ‘Em If You Got... 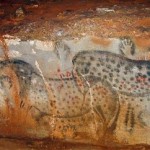