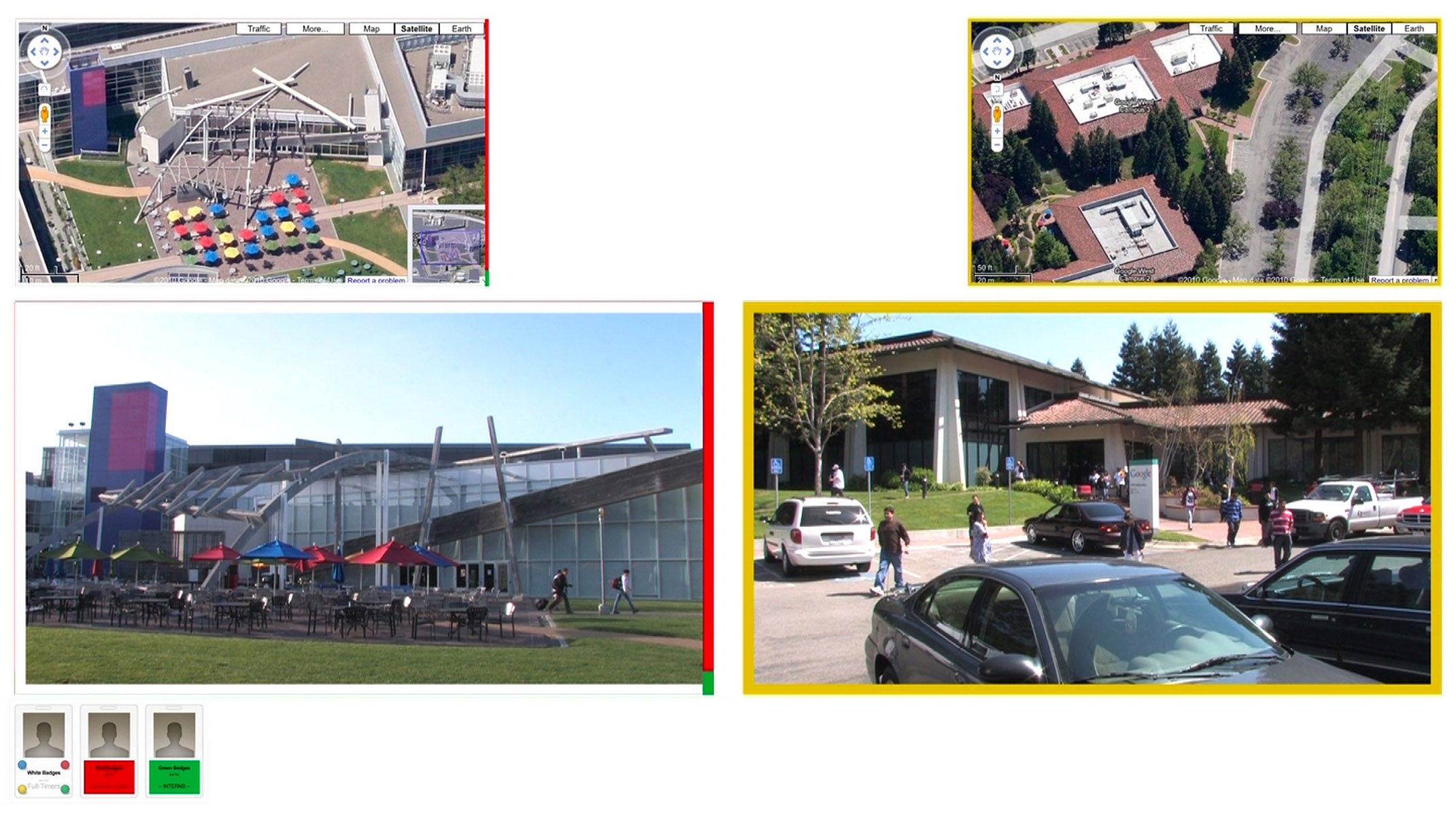 Andrew Norman Wilson got fired from Google for making a video that violated security mandates. The 27-year old SAIC alum recreated the famous Lumière brothers’ “Workers Leaving the Factory” into its contemporary version titled “Workers Leaving the Googleplex” for a personal project while employed at Google. Wilson wanted to document the “mysterious ‘yellow badge’ Google workers” who did not receive the same perks as “red badge” workers, noticing a race and class distinction amongst the two groups. When Google discovered Wilson’s project, they decided to let him go.

Wilson’s artwork is about corporate control and globalization.  He likes to mingle with Sony, Wal-Mart, Target, and GetFriday to “generate surplus materials” from these interactions that turn into his artwork.  He prefers the digital form because it comes out of “electronic nothingness, pure systematic possibility” but does not like to label himself a digital artist. “I’m much more interested in orienting my practice around the choices I can make within systems of control to alter their intended processes and outcomes,” explains Wilson. “I should also say that my training into our paid-labor system subjected me to these technologies, and so they’re the tools I know how to use best,” he adds, “But for 30 days in a row this summer, I administered cancer medication via syringe into the mouth of a formerly wild dog, and now that’s a skill. I imagine if I had to do that for the past two years instead of make PowerPoints for grad seminars, I would be working on my ‘art for dogs’ project.”

Born and raised in Medfield, Massachusetts — a town with a population of 11,000 — Wilson remembers trips to 7-Eleven and Blockbuster Video, mountain biking, hand jobs, and flashlight tag in the woods. “[I recall] my friend’s Dad taking us to see the ‘The Rocketeer.’ We arrived way too late, I think intentionally by my friend’s Dad, so he took us to see ‘Terminator 2’ and told me not to tell my parents. [That was] easily one of the best experiences of my childhood.”

Wilson’s love for art started when he saw Jean-Luc Goddard’s “Weekend” as an undergraduate at Syracuse University. What defines art for Wilson is a questioning of industry mechanisms. “Take a painting of a dog, for example,” he explains, “you can make that painting represent the dog realistically or you can let the dog be expressed in the painting. […] The thought process is about how, why, where, and who.” Wilson’s own work is inspired by “temporal, spatial, and social experiences.” This very common muse tends to develop many ideas that are never actualized. Wilson explains: Two main factors — imagine a line graph — determine the actualization of a project: feasibility and excellence. For instance, collaborating with a bakery to create a muffin as tall as a police officer on a horse, and bringing that muffin to a site of public protest — I think that’s a great idea, but there are also more feasible and equally excellent ideas that will most likely come before that.” Wilson’s current interest lies in Sky Mall, philosophy that weds scientific and cultural theory, and his own lived experience of paid labor.

All of his art is available online for free viewing. Wilson even takes it to the next step and contributes some of his work to Pond5, a stock video footage provider. “I like the idea that people can be browsing Pond5 and stumble upon a homoerotic clip entitled ‘man in airport/mall/bank/hotel lounge is subjected to an evaluation of potential.’ That is actually an edited collection of clips with overlaid graphics showing a man in turquoise outdoor performance gear getting bossed around by a yellow-clad American Airlines employee.”

Wilson’s work varies from an installation of a relaxation lounge, color coordinated with Target and Wal-Mart products that were returned after the exhibition, to a guided mediation video that displays various forms of animated blue and is backed up by a hilarious interaction with Sony in regards to why the No Video signal is blue. Wilson is currently working on “a PowerPoint presentation on dog breeds, ski resorts, and Kashi products; a painting workshop for members of Chicago’s financial community; a cannon that will fire dead octopi at the city hall of a town in Portugal; a Crosby, Nash, and Young playlist; and melting credit cards.”

Here is a sample of Wilson’s work: 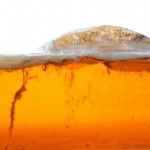 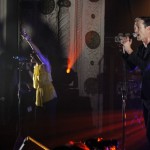 Live at Metro: Fitz and the Tantrums