Like flipping through magazines, noting only the bright blurs and glossy textures. 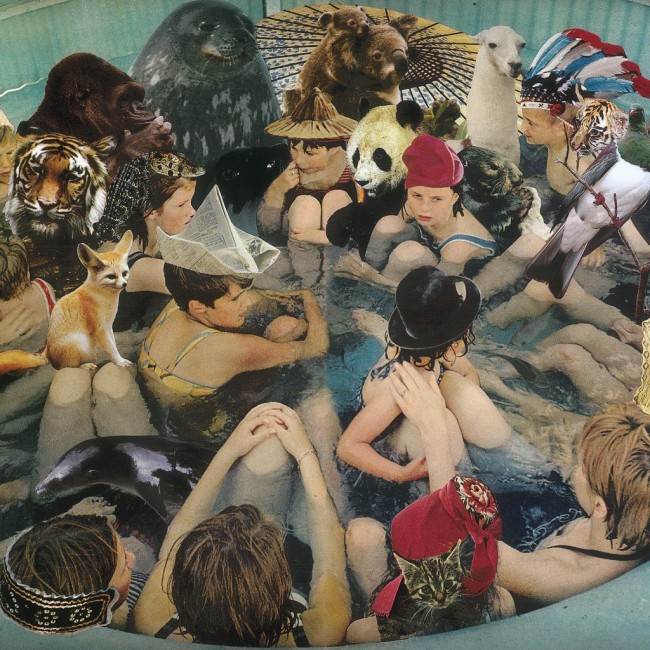 Free jazz is a lot like abstract expressionism — streaming, raw and unintelligible.  Listening to Ornette Coleman is like listening to an untranslatable language, much like seeing the work of Jackson Pollack is like looking at pictures of consciousness.  Instead of the traditional dynamic (you look at and decode it) those two artists’ works flip everything around — it points at something inside you.

Person Pitch is nothing like that. At first, it seems that Panda Bear (Noah Lennox) is attempting something similar with blaring samples and jumbled melodies, but this album is more like the playful collage that decorates its cover — an exercise in joyful distraction.  Listening to the work is like flipping through magazines, noting only the bright blurs and glossy textures.  Agnes Montgomery, the artist whose work graces the cover, specializes in collages and undoubtedly knows the sheer joy harnessed in the cut-and-paste technique.  Her work and Lennox’s soundscapes bounce from clipping to clipping until the whole mess gets absorbed into your head in an oddly catchy and unified way.

Starting off as one of the more subdued numbers, “Take Pills” instantly takes a loop of seemingly worthless tape noise and turns it into a rhythm.  As things are added, including Lennox’s very Brian Wilson-esque vocals, layers start to pile on until it all comes together as a singular sweeping statement.  The most interesting portion of the song occurs during the transition between the slow and quick halves.  More samples and a quicker pace lend a propulsive rhythm that breaks through with a gurgling water effect.

“Bros” is probably the most well-known of the tracks on this album, if anything because of the length — Lennox keeps this jam going for 12 1/2 minutes with several different movements and sections. At the 7 1/2 minute mark, when all the layers have been established, the song enters a more exploratory phase.  You can hear the looped guitar strums, a cheap drumset, percussive clicks and clacks in the background, voices from assorted peoples and Lennox’s own vocals cut and looped into unintelligible yelps.  Eventually, a horn emerges with a new riff and everything seems to layer on that melody.  Even in this short excerpt, the amount of layering that is apparent (and simultaneously subtle) is astounding.

As an album/artwork combo, I have to confess that Person Pitch is one of my favorites.  Just as I revisit this album from time to time and uncover more hidden treats, so do I look again at Montgomery’s collage and find something new to appreciate about its hodge podge of bizarre characters.  As fractured works of beauty, these two work exceptionally in tandem. 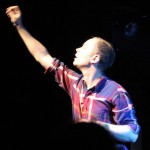