It’s a Live One: “bodybraingame” at Rhona Hoffman, curated by Hudson 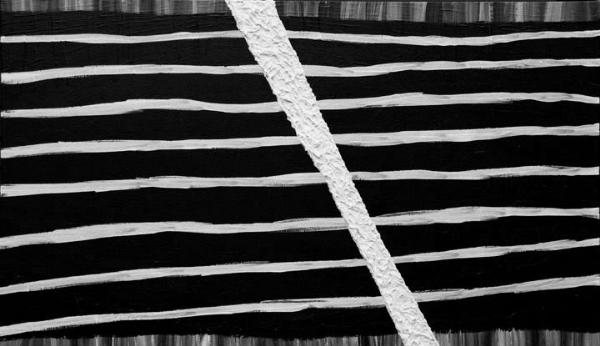 Part of Gallery Weekend Chicago’s first annual line up of events, “bodybraingame” curated by Feature Inc. Director Hudson, opened its doors to the undead on September 16 at Rhona Hoffman. Soliciting the “death of painting” from the mid-1980s as an inclusive springboard for the selected works, the exhibition offers a diverse selection of paintings made within the last five years.

All of the works included in the show are aimed at exploring our relationship to painting, both physically and mentally. Fusing its more recent cerebral history, which took place for around ten years after its “death,” and the long physical tradition the medium had adhered to all those years prior, “bodybraingame” offers an exploration of how we publicly digest art.  More specifically, the exhibition considers how we process paintings that engage us in both of those states — body and mind — which are far from mutually exclusive. 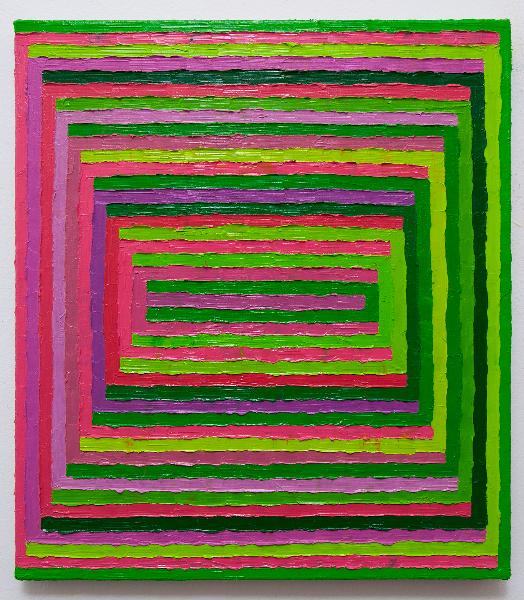 For example, Todd Chilton’s “Pink and Green Combs,” 2011 focuses on the edge as both a systematic and unifying element, as well as a divider.  Perfectly interlaced, the woven strokes of paint optically create a tunnel, using pure color as a tool to create depth and exposing its illusion by the strict and traceable pattern of the brush to the surface. The same trick is replicated on the opposite wall of the space with Lisa Beck’s “Trans,” 2011. Nested directly into the corner, Beck’s painting meets a reflective Mylar surface of the same length, causing the reflection of the painting to recede into space, its curved gesture transposed into an image of an upside-down rainbow. Mamie Holst’s “Landscape Before Dying (Passage),” 2010 similarly works with texture, oddly producing depth through the thick application of white paint, tearing through the horizontal plane behind it. The jump between the physicality of the paint and the image it produces is also mirrored in Kay Rosen’s “Instinct,” 2008 on the adjacent wall, whose glossy enameled surface is far from instinctual.

Offering stark difference to a good chunk of hard-edged formalists, Gina Magid’s “The Languid Lady,” 2011 is one of the softer additions to the show.  The loosely gestured reclining nude shimmers with an iridescent quality against its satin support so dreamily that the gash running through the center of the painting goes somewhat unnoticed. The disruption across Magid’s painting is mended with a hand-stitch indicative of the curation of the exhibition as a whole – honestly and visibly fragmented, the cohesion of the work is so loosely tied together by medium, that rather than fall apart at the seams, it makes for a hell of a lively show. 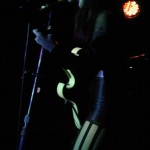 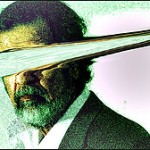