Brian Wilson, revered experimental pop genius, is taking yet another stab at the saccharine sweet. 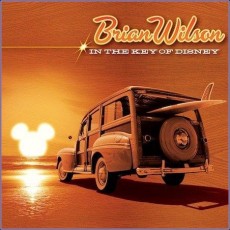 Out now on Disney Pearl (buy)

There’s an episode of Full House where the entire Tanner family is invited on stage to join the Beach Boys in singing “Barbara Ann” for a stadium full of people. Uncle Jesse shreds on guitar, Bob Saget shares a microphone with Bruce Johnston, and there’s some intense kid-choreography. The performance is about as tame as it gets — unbelievably white bread. On “In the Key of Disney,” Brian Wilson, revered experimental pop genius, is taking yet another stab at the saccharine sweet.

Most famously, Brian Wilson is known as the chief songwriter of the Beach Boys. He quit touring with the group in 1964 to focus on composing music and studio experimentation. The result was the outstanding album “Pet Sounds,” released in 1966. During the mid-’60s there was a progressive rivalry between Wilson and the Beatles beginning with “Rubber Soul,” then “Pet Sounds,” and then “Sgt. Pepper’s Lonely Heart’s Club Band.” During the formative years of experimental studio rock music, Brian Wilson was America’s answer to the Beatles.

In 2009, Disney approached Wilson to record this album. Wilson’s complex musical arrangements and approach to vocal harmonies lends itself to the prettiness and the sweeping emotive hooks of Disney music. The resulting recordings are exactly what one would expect from the collaboration: squeaky-clean rock instrumentation; obligatory “oohs” & ”ahhs”; and that’s really about it. Wilson’s work here is a caricatured self-portrait of his past.

Though these “reinterpretations” remain tediously true to the originals, there are the occasional moments when the quality of Wilson’s voice rises above the familiarity of these tunes and the sound is reminiscent of something more powerful than the memory of a Pocahontas VHS tape. The strongest moment on the album is the intro to “When You Wish Upon a Star,” a song which reportedly influenced the melody to “Surfer Girl” back in 1963. This song is the perfect marriage of trademark Disney sentimentality and Brian Wilson’s OG Beach Boy harmonies.

The bulk of this album unfortunately falls victim to generic backing vocalists and typecast trappings. “I Just Can’t Wait to Be King” is a great example of this. Banal and flat, the song dissolves into an irritating ending, which feels like sitting through a children’s musical. The same can be said of “Kiss the Girl” and “We Belong Together.” The songs are irritatingly benign.

Truthfully though, if anyone from the golden age of ’60s rock was going to do this sort of thing, listeners should be grateful that it was Brian Wilson. Bob Dylan doesn’t really have it in him to sing “The Bare Necessities,” and if Keith Richards had anything more to do with Disney than inspiring Captain Jack Sparrow it would castrate the Rolling Stones.

The fate of this curious collection seems difficult to place. “In the Key of Disney” functions similarly to the archetypal pop star Christmas album, but is without the promise of seasonal sales or a strong single to rely on. Beach Boys fans are better off with the brilliant back catalog, and Disney fans are better off with the original sound tracks. This collection is simply sweet, comfortable and forgettable. One of America’s pop music greats teaming up with the pop culture colossus of Disney is endearing, but it’s not a grand musical statement in any way. 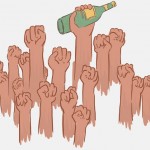 One Response to Brian Wilson — In the Key of Disney