Bonnie Tyler — Faster Than the Speed of Night

It’s right there in her teased-out hair, her lack of a neck, the blue lightsaber in one ear and out. 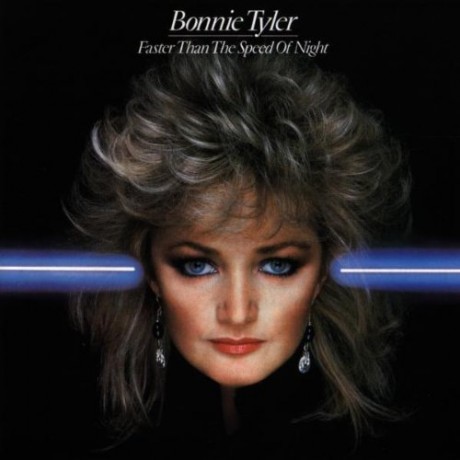 I know what you’re thinking.  It’s impossible not to think it – it’s right there in her teased-out hair, her lack of a neck, the blue lightsaber in one ear and out the other.  And the name – oh God, the name.  But this album…    actually isn’t that bad.

Ok, it has its drawbacks.  But it wears its heart on its sleeve admirably and in a nicely understated way.  Most of what you need to know is all there when you first look at the cover.  Face large and centered with hairspray halo, this album is all about Bonnie Tyler.  There’s a blue streak running right across the front, but it breaks just in time to leave Bonnie’s face unscathed.  Even the color and alignment prove that it’s only there to give a futuristic neon allusion to her eyes.  The title sits on top of her head like a diamond tiara, and the “floating head” aspect hints at an Wizard-of-Oz-like superiority (via ‘the man behind the curtain’).  This is an album about the grandiose excess of the ego – it’s a child of the 80s.

Another thing that draws me into this album is its incredible ability to unfurl worlds.  Ok, not in a literal sense, but still in a pretty impressive way.  Researching this album uncovers surprisingly high reviews and high sales.  Then you see names like Paul Shaffer and Max Weinberg, who respectively played organ and drums on the album.  Now, the album has ties with late-night TV and Bruce Springsteen.

To go through what follows:

But the connection that trumps them all is Jim Steinman, whose style is synonymous with Meat Loaf’s records.  Steinman specializes in mini-epics, and the two tracks he pens illustrate this sweeping, sprawling Wagnerian rock.  That arena aesthetic apparently translates well into other realms, as he is also known for writing songs for Air Supply, The Sisters of Mercy, Boyzone, Barry Manilow, and Celine Dion.  He also wrote lyrics for Andrew Lloyd Webber’s show “Whistle Down the Wind” as well as the music, lyrics, and book for “Tanz der Vampire”, a comedy-horror musical adapted from a Roman Polanski film about vampire hunters.

You can’t make this stuff up.

The music, for better or for worse, is not as eclectic as its performers, but primarily focuses on channeling worlds through one body: Bonnie Tyler’s.  The singles are absolutely bombastic and won’t leave your memory without a fight.  Most of the songs can be categorized as filler material, but even the filler serves to promote the artist, instead of simply fill space.  The distinction?  Covers and mimicry.  In a good way, I promise.

“Total Eclipse of the Heart”
“Tears”

“Total Eclipse of the Heart”.  Such is the stuff that made the 80s the current-day meme that it is.  A 7-minute Steinman epic that blurs the line between dramatic and kitschy.  With the call-and-response/male-female vocal interplay, it’s like a melodramatic conversation in outer space, especially with the “space cannon” sound effects that start in at about 3:08.

The second track is a good example of the 70s & 80s mashup strategy the rest of the tracks use.  In “Tears” you can hear shades of Nazareth’s “Love Hurts” alongside raspy Rod Stewart-like vocals, and to top it off, there’s a guitar solo that sounds like it was lifted straight out of a Bryan Adams track.

As for the rest of the album, there are examples of Donna Summer’s “Hot Stuff”, UB40’s “Red Red Wine”, Eric Carmen’s “Hungry Eyes”, and something that fits somewhere between Grand Funk’s and Kylie Minogue’s versions of “Locomotion”.  It’s actually quite amazing, especially when you realize that some of these “lifted” sounds were actually written and recorded months or years before those arrangements existed.

All of these sounds fit rather nicely into the artwork as well, as I mentioned before, in a very understated way.  In a fairly effective manner, this record speaks on behalf of the ego (and the social network) of Bonnie Tyler, both of which are seemingly large.  What better way to embody that than with a huge, disembodied head? 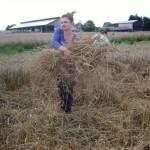 Playing well with others: the Group Affinity Project in... 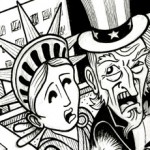