“Devotion” is one of those rare, sincere moments in the history of modern nostalgia. 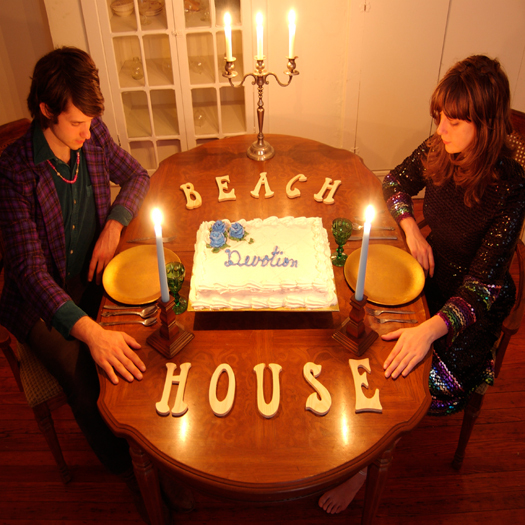 I have to admit that for the first few months I had this album, I listened to it almost non-stop, front-to-back and held it as a cherished selection of my music library, and that only after years of having it did I realize how bizarre the album art was.  Two people, posed in perfect symmetry, with a table setting that’s equal parts candlelit dinner, birthday party, and seance.

I suppose it isn’t something that’s readily apparent when you consider the feel of the album — maybe that’s why it passed right over my head for a long time.  The album as a whole has a woozy, spiritual vibe that’s bolstered by its thrift store synths and reverb-drenched vocals.

More than anything else, though, Beach House’s Devotion is an album of memories — something that everyone today seems to be cashing in on.  Nostalgia is a powerful force in our world today and many of those who have caught on to the game are quick to exploit it.  Devotion, however, is one of those rare sincere moments in the history of modern nostalgia where nothing sounds derivative or appropiated, but it all still sounds familiar, warm, and comforting.

If there is a major flaw to this album, though, it’s because of that familiarity.  “Gila” and “Turtle Island” represent the two ends of the shallow spectrum covered in this album.  The former is a joyful, driving pop song, built on synth organ warbles and fueled by a fierce and potent combination of guitar and vocal hooks.  Other songs in this camp are little gems speckling the tracklist like “Holy Dances” and “Heart of Chambers”.  The chord progression on this track in particular is enough to send shivers down the spine of any aspiring songwriter, and the interplay between vocals and guitar wring every last drop of use from the song structure.  You can practically hear the vintage video footage dripping from the speakers as the trembling church organ backs up the lead guitar lines.

“Turtle Island” serves as a foil for the slow-motion hooks of the rest of the album — it sets up a mood and builds on it until the swirl of tremolo and reverb illustrate a certain amount of tension.  The first few seconds of “Turtle Island” actually exemplify this idea, as a single note crescendoes into nothing except the start of the first verse.  Even then, the verse is nothing like that of “Gila”, where each note fit perfectly into a master plan — the verses of “Turtle Island” circle around each other, as do the guitar parts and the drum machine thwacks.  Dirge-like and moody, this is the seance portion of the album.

I’m in a unique position, I guess, after having had two different versions of this album art in my head (one that I glazed over and one I actually reflected on), but if anything, that’s sort of a credit to this feel of this album.  After all this time, it’s the tone of the music and the tone of the artwork that fits so well together, even with the presence of poppy dirges and a strange birthday seance. 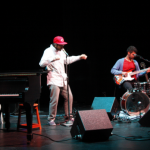 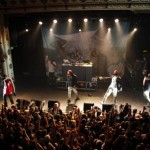 Endless Anger, Nothing To Be Angry About